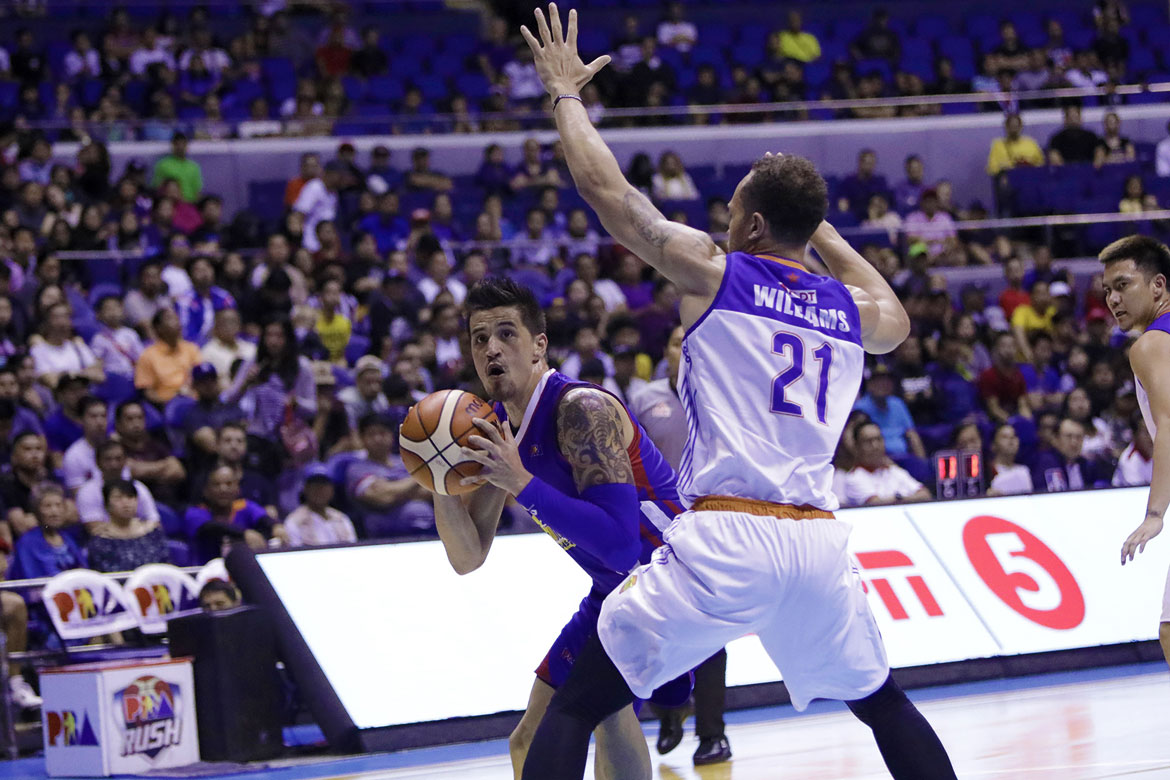 There’s no stopping the Magnolia Hotshots at this point of the 2017-18 Philippine Cup, as they have extended their winning streak to five following their 91-83 victory over rivals TNT Katropa, Saturday at the SMART Araneta Coliseum.

The Hotshots have improved to 5-1 and have moved closer than ever to booking a slot in the conference quarterfinals. The Katropa, on the other hand, saw the end of their two-game winning streak and dropped to 3-3.

“It’s all about being disciplined on defense,” said coach Chito Victolero. “We did a good job on [Jayson] Castro and their shooters. Give credit sa players for the effort. I’m very happy and very proud of them. Credit sa team effort.”

TNT looked to slice the deficit even more, but unfortunately Troy Rosario was whistled for a goaltending violation by disrupting Barroca’s one-handed runner, thus widening Magnolia’s gap, 89-83, with 40 seconds left.

That sealed the deal for the Hotshots. Barroca’s charities with just 10 seconds left to play proved to be the nail in the coffin to bury the Katropa once and for all.

The Hotshots made the victory possible even without gunner Paul Lee in the fourth quarter, who left the game with 7:54 remaining in the third canto after spraining his left ankle following an awkward landing off his own shot.

Mo Tautuaa paced TNT with 16 points and five rebounds. Rosario supplied 15 points and 12 caroms; Jayson Castro had 14 markers, five boards, and four dimes; and Roger Pogoy made 11 points despite fouling out late in the fourth.

Magnolia will look to book their fifth straight versus the Blackwater Elite on February 2, Friday, while TNT will aim to bounce back versus the Kia Picanto on January 31, Wednesday. Both games are set at 4:30 PM at the Mall of Asia Arena.