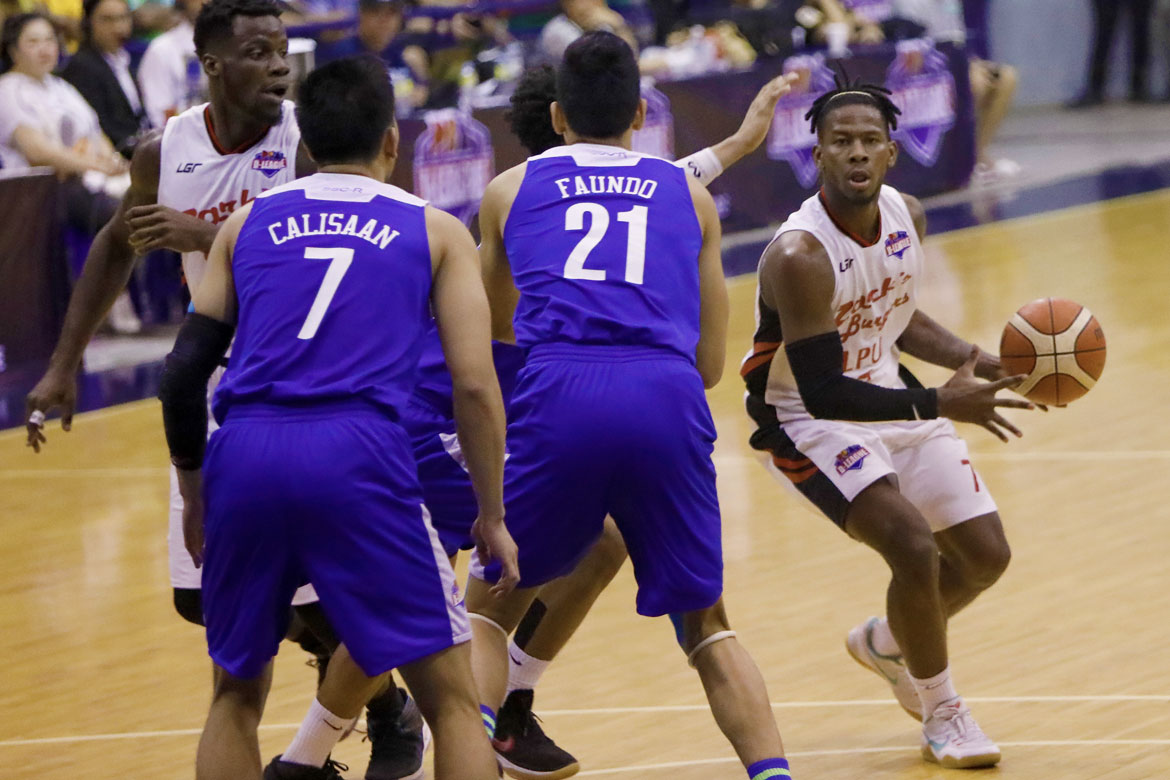 CJ Perez proved why he is the Conference Most Valuable Player as he towed Zark’s-Lyceum Jawbreakers to a 98-90 Game 2 conquest of the Che’Lu-San Sebastian Revellers in the 2018 PBA D-League Aspirants’ Cup Finals.

The 24-year-old forward scattered 15 points, seven rebounds, and four assists to anchor the Jawbreakers in forcing the winner-take-all Game 3, slated next Tuesday.

“Again, we just have to battle our way. Just to have the peace of mind that we know we did our best, we’ll be at peace whatever the outcome is,” said coach Topex Robinson.

More than the offense, Zark’s-Lyceum got things done on the defensive side, holding Che’Lu-San Sebastian to just 37-percent shooting from the field against its 44-percent clip.

It also helped that the Jawbreakers got off to a strong 21-8 start, setting the tone and taking a 20-point lead by halftime, 52-32.

The Revellers did make a run behind Allyn Bulanadi and RK Ilagan in the fourth period, closing in to within six, 96-90 with 6.7 seconds left, but Jayvee Marcelino put the nail in the coffin with his pair of foul shots in the final 5.4 to extend the series to a do-or-die Game 3.

“For us, it’s about us inspiring others and we’ll not get away from that. We’ll never get out of our mantra of honoring the game, playing it the right way, value integrity, and do the right things,” he said.

Bulanadi led Che’Lu-San Sebastian with 23 points and 10 rebounds, while Ilagan shot 2-of-7 from threes to pour 13 markers.

Samboy de Leon, the team’s Game 1 hero, was limited to just five points on a 2-of-10 shooting.