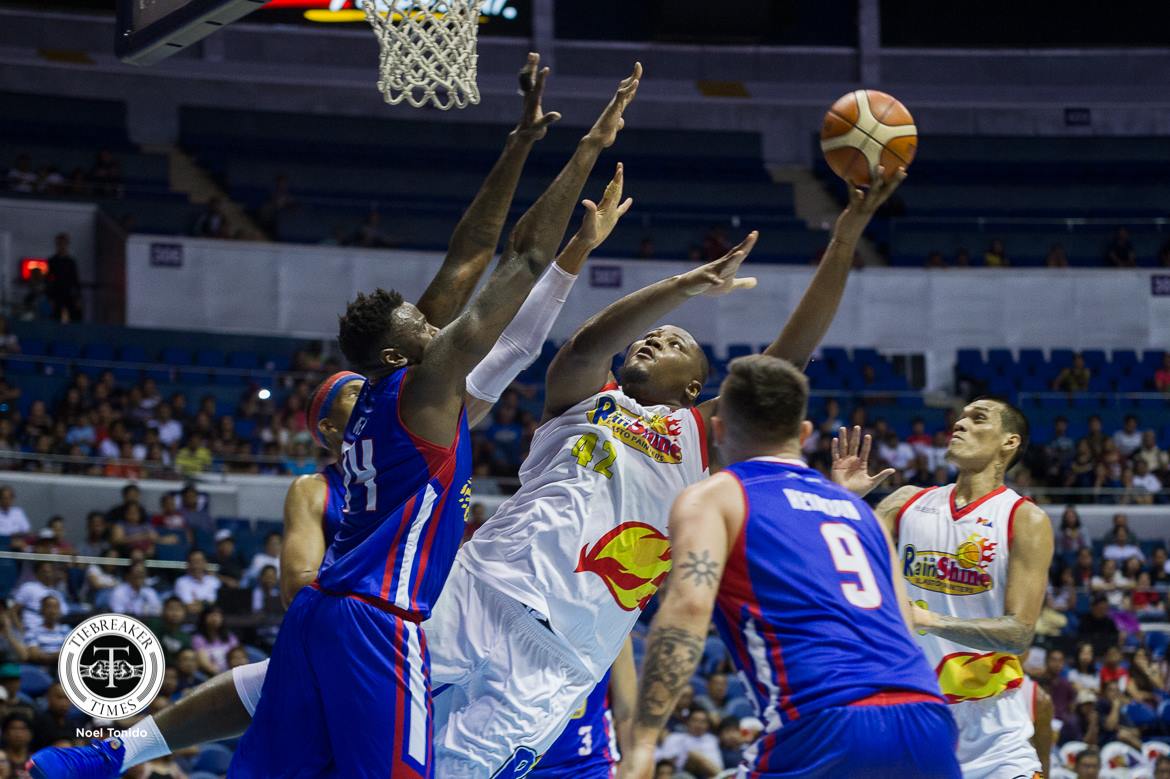 The Rain or Shine Elasto Painters have now gained the solo lead and a quarterfinal spot in the 2018 Commissioner’s Cup as they survived the Magnolia Hotshots, 99-96, Saturday night at the SMART Araneta Coliseum.

The Elasto Painters have improved to 6-1, while the Hotshots went to 3-2.

“I just have to give it to the players in today’s game,” Rain or Shine head coach Caloy Garcia lauded. “They really came out and played defense. I just asked them to play hard defense.”

Reggie Johnson led Rain or Shine with 23 points, 18 rebounds, four assists and two blocks against seven turnovers. Frontcourt partner Raymond Almazan flirted with a double-double as he made 19 markers and nine boards.

The Elasto Painters were comfortably ahead, 95-91, with 1:43 left in the extra period, but the Hotshots stormed back and knocked within a point, 96-97, with less than nine seconds to go in the bout after a Curtis Kelly lay-in.

Magnolia played the fouling game to freeze the clock and hope for misses, but Rain or Shine’s floor general Chris Tiu was just steady on the line. He calmly sank his freebies to give the Elasto Painters a three-point lead with seven ticks left.

The Hotshots had one last chance to tie the game as they looked for a triple, but their ball rotation ended up in Kelly’s hands. He had no choice but to hoist it up, and his shot barely kissed the rim, sealing the win for Rain or Shine.

Gabe Norwood finished with a double-double for the Elasto Painters with 12 points and 10 rebounds. Tiu finished with all-around numbers of 10 points, four assists, three rebounds, and two steals against four turnovers.

Kelly, who replaced Vernon Macklin, had a so-so debut for Magnolia with 19 points and 15 rebounds, shooting just 3-of-12 from the charity stripe and 8-of-20 from the field. Rome Dela Rosa had 19 markers as well on 6-of-6 shooting.

Jio Jalalon, who forced overtime by sinking his signature leaner with 38.9 seconds left in regulation, produced 13 points, seven assists, and six rebounds. Paul Lee chipped in 10 markers on 13 shots along with three dimes.

The Hotshots played without center Ian Sangalang due to a fractured wrist.

Both teams will play the struggling Blackwater Elite next next week. Magnolia will go first on June 6, Wednesday, and Rain or Shine will follow on June 8, Friday. Both games are set at 4:30 PM, still at the Big Dome. 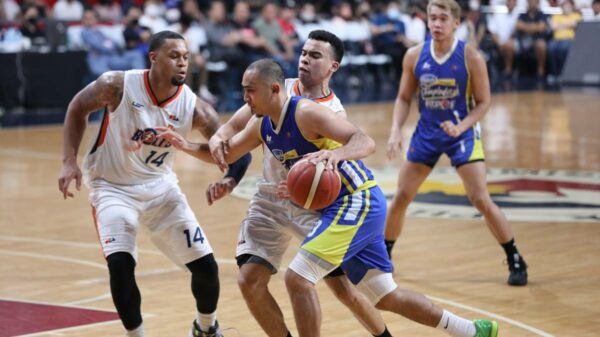 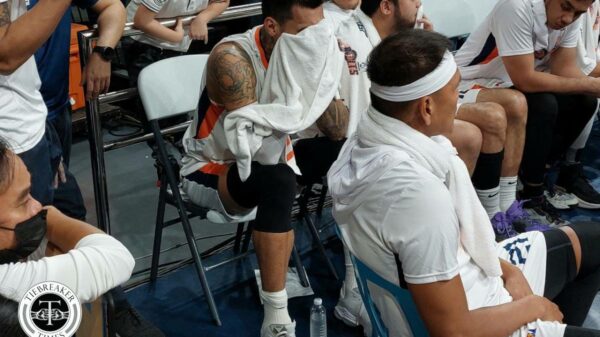