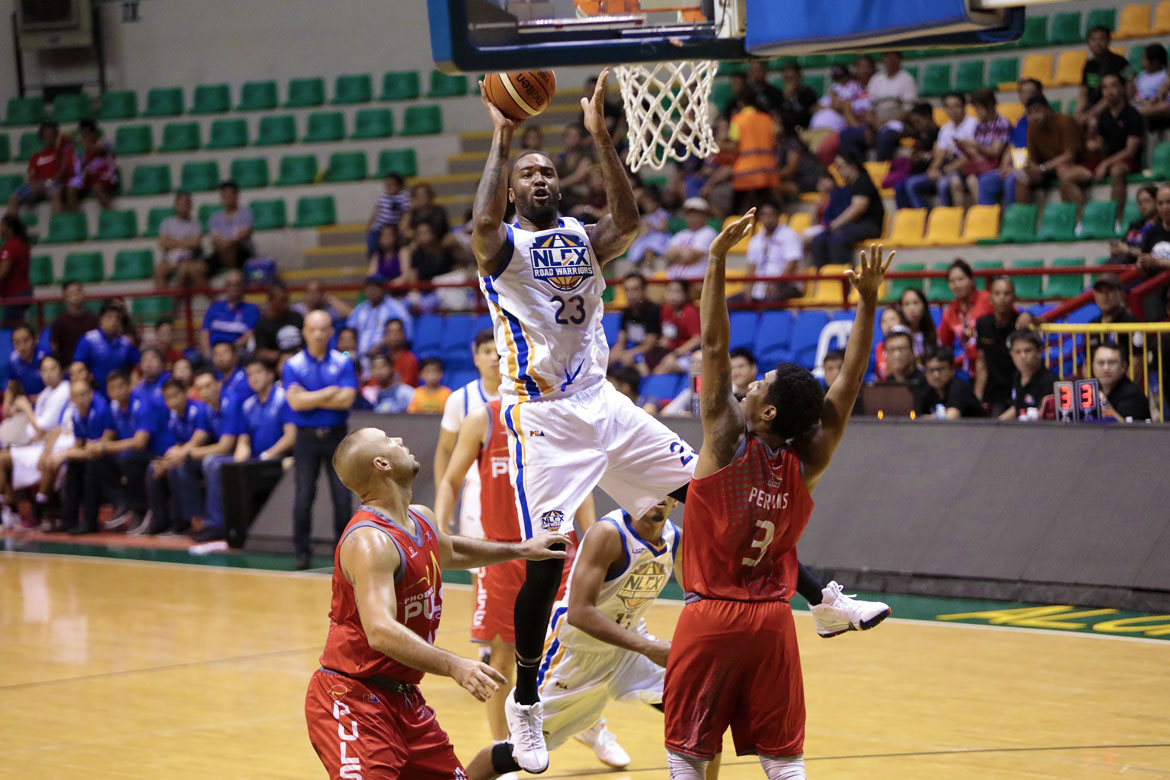 The NLEX Road Warriors’ dismal 0-3 start in the 2018 Commissioner’s Cup finally ended on Friday night, as they foiled the Phoenix Fuel Masters in overtime, 120-115, at the Alonte Sports Arena in Biñan, Laguna.

The Road Warriors have improved to 1-3. The Fuel Masters, coming off an 89-87 win over the Magnolia Hotshots, dropped to 2-2.

Import Arnett Moultrie looked like he has gotten used to the PBA’s weather, powering the Road Warriors with 37 points and 17 rebounds with eight assists and four blocks. JR Quiñahan supplied 16 markers.

NLEX led by as much as 19, 51-32, in the second frame, and they were expected to bag the win after establishing a 10-point cushion, 101-91, after Kiefer Ravena’s three-point play conversion with 2:57 left in the fourth.

But the Fuel Masters responded with a 13-3 rally — ended by James White’s tip-in — to tie the match at 104-all. Moultrie had the chance to finish the bout with five ticks left but he missed, paving the way for the extra time.

Phoenix were still in it, as they were behind only by three with 2:25 left to play, but a Moultrie putback and a Larry Fonacier corner triple sent NLEX to a 118-110 lead — more than enough to knock down the Fuel Masters.

“We had a good lead almost throughout the game but we lost it in the last four, three minutes,” Guiao said. “That’s disappointing but a win is still a win. After three losses, we have to start somewhere and just getting a win is a big relief.”

Alex Mallari and Fonacier chipped in 13 and 11 points, respectively.

READ  Though saddened after Magnolia trade, Brondial knows Cariaso has plans for him

Phoenix’s loss wasted the efforts of Matthew Wright, who had 31 points on 40 percent shooting along with seven rebounds and five assists. White made 19 points and 11 boards, while Jeff Chan had 17 points and eight dimes.

Jason Perkins had a double-double of his own with 15 points and 12 caroms.

NLEX will look to build a streak versus the GlobalPort Batang Pier on May 16, Wednesday, 7:00 PM. Phoenix, meanwhile, will aim to bounce back versus the Barangay Ginebra San Miguel on May 20, Sunday, at 6:45 PM. Both games are at SMART Araneta Coliseum.

Brent Paraiso yet to commit to UST, says Aldin Ayo