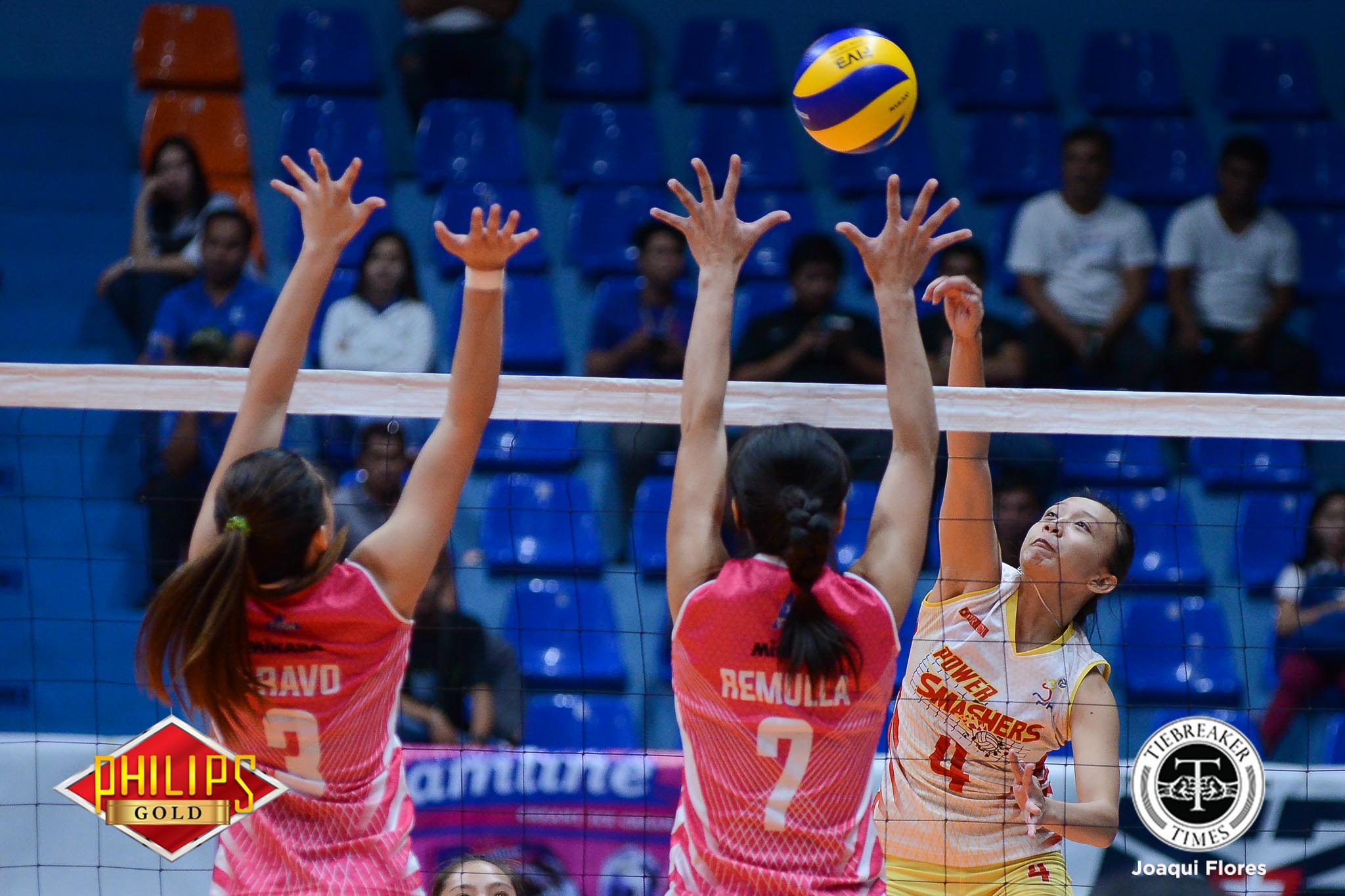 After trading inconsistent performances in the first four sets, the fifth frame was incredibly erratic from both sides. At first, Creamline took control after consecutive hits made for a 6-2 lead. The Power Smashers, however, quickly caught up and tied the match at 10. Errors from Creamline sealed a 14-12 Power Smashers. The last point was a microcosm of the entire match: overworked throughout, Creamline star Alyssa Valdez soared for a backrow hit, only to be stifled by young Arellano standout Andrea Marzan.

The match was decided at the service line, as the Power Smashers rained 16 service aces on Creamline. They also tallied 11 blocks.

The Power Smashers have marked their second win in four matches.

Creamline drop to a 1-2 slate.