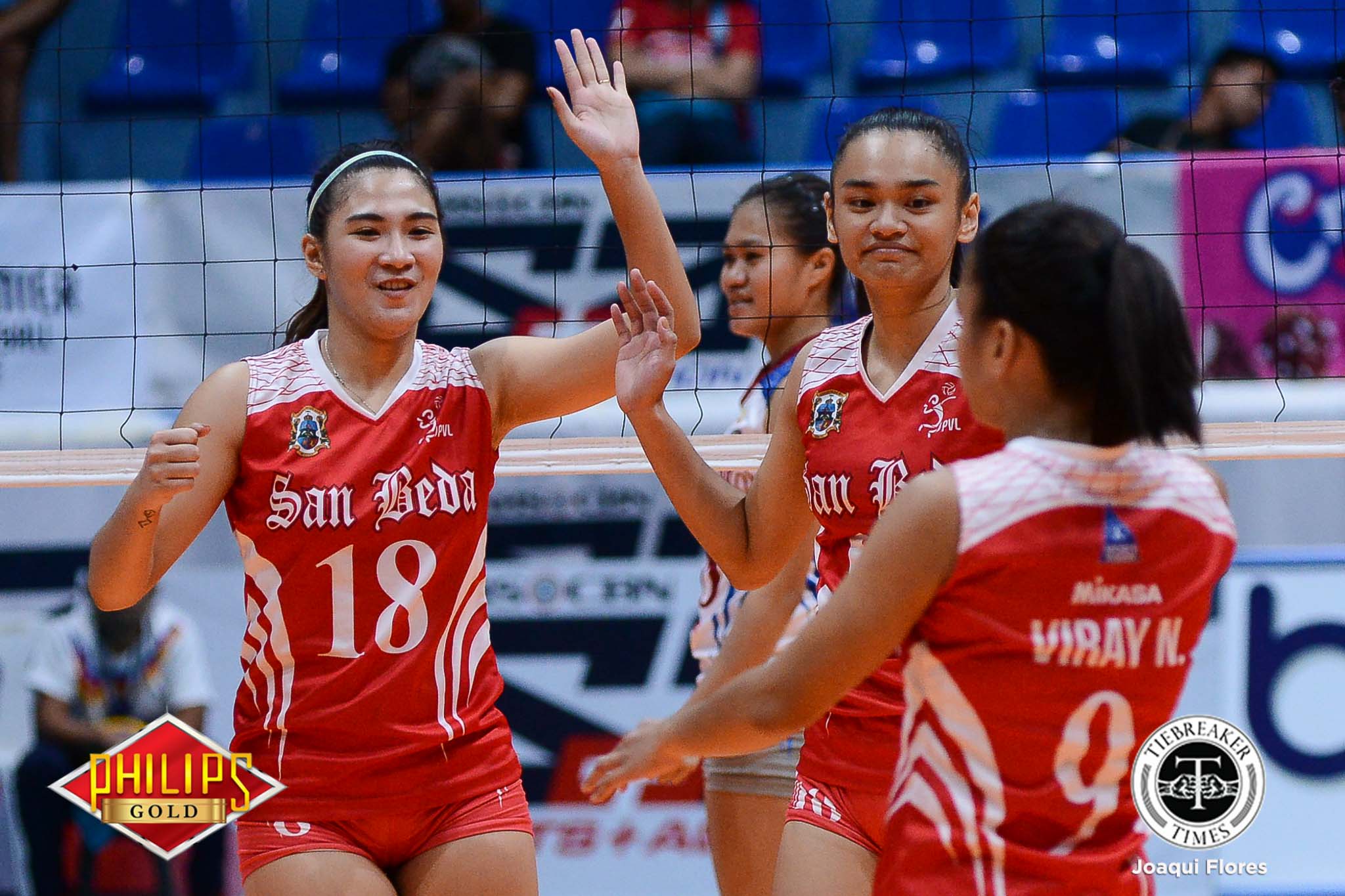 In a rematch of the first round of thr NCAA Season 92 stepladder Final Four, the San Beda College Lady Red Spikers flipped the script on the Season 92 champions College of Saint Benilde Lady Blazers and came away with a four-set win, 25-21, 25-20, 17-25, 25-22, in Group B of the Premier Volleyball League Reinforced Conference at the FilOil Flying V Centre.

With Benilde having booted them from the Final Four in the NCAA, San Beda came in with a lot of motivation, according to their head coach Nemesio Gavino.

The Lady Red Spikers built their win on consistent all-around offense, which the Lady Blazers lacked. In the NCAA, San Beda had habitually given up more errors than Benilde in their matches. In the PVL, the Lady Red Spikers limited their miscues to 31 compared to CSB’s 37.

San Beda, however, gave up a devastating loss in the third set and missed out on a golden opportunity for a straight-set win.

NCAA Season 93 Rookie of the Year Cesca Racraquin provided 15 points for San Beda’s cause. One of the Viray twins, Nieza added 12 markers.

Middle hitter Ranya Musa towed CSB with 22 points. National University transferee Marites Pablo managed 12 markers for the Lady Blazers, who have yet to win a match.