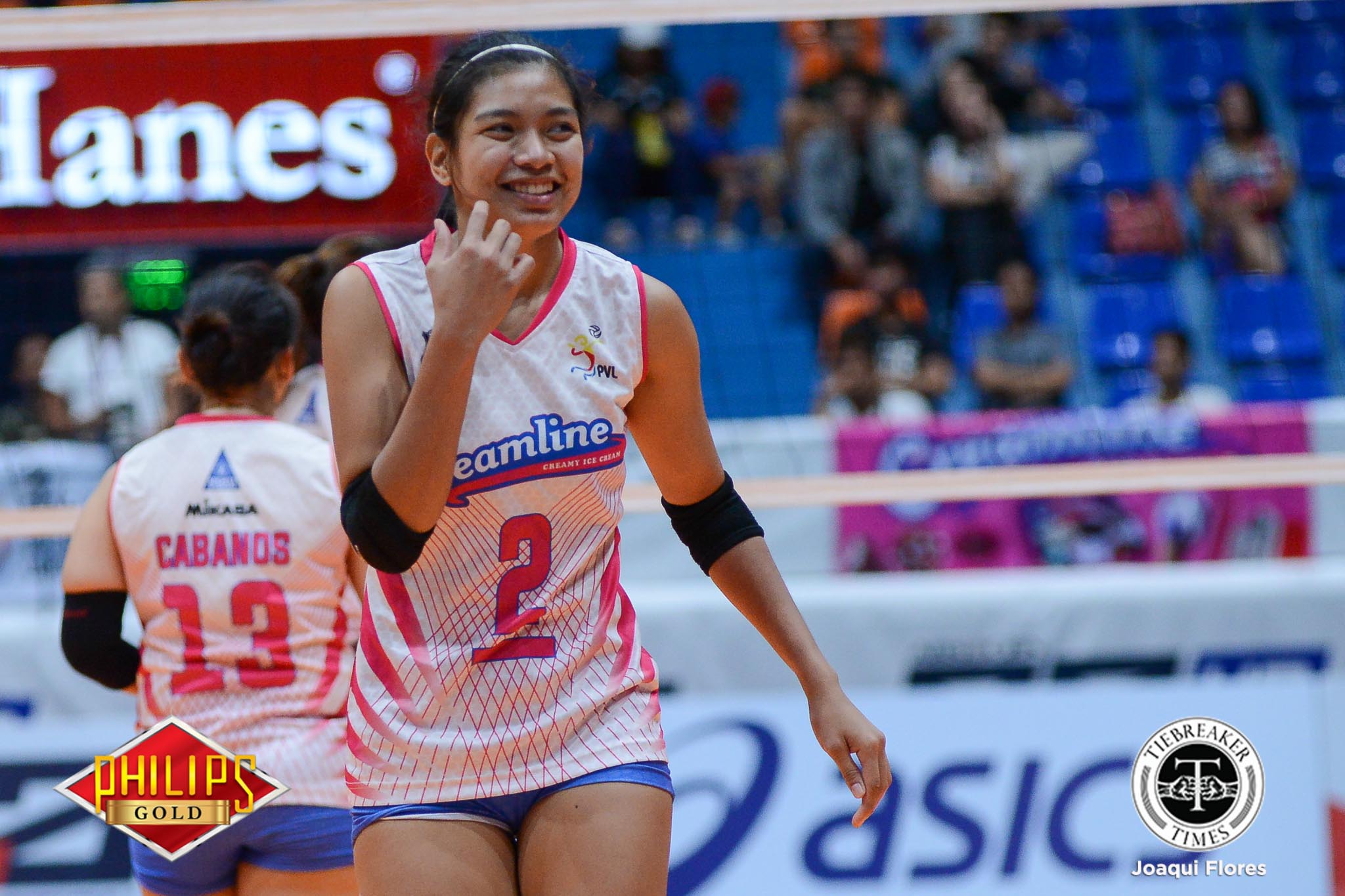 Although the match technically had no bearing for them, the Creamline Cool Smashers played arguably their best game of the season and blocked the Perlas Spikers from getting an outright semis seat with a four set win, 25-19, 25-20, 23-25, 25-14, to end the Premier Volleyball League Reinforced Conference elimination round at the FilOil Flying V Centre.

The Cool Smashers came out firing, burying Perlas in a 14-8 lead. The Perlas Spikers tried to rally back, trimming the deficit down to three, 20-17, late. But hits from Thai import Kuttika Kaewpin and skipper Alyssa Valdez capped the set with clutch hits in transition.

The second frame was a tighter affair with neither team grabbing a big lead. Locked at 19, Perlas’ offense stymied, surrendering errors that pushed Creamline to the win. The Perlas Spikers got respite in the third set, protecting a four-point lead and pulling a late hit from Amanda Villanueva to extend the match.

Perlas, however, ran out of steam in the fourth set, allowing Creamline to take a 14-4 lead that cemented the match’s outcome.

“It was important for us to win because we wanted to build momentum and just keep getting better,” said Creamline assistant coach Oliver Almadro. “Sa mga huling laban namin we were able to take our opponents to five sets so we showed that we had the skill. It was more on the chemistry and execution that we needed to improve and we showed that today.”

The Cool Smashers have ended the elimination round with a 4-6 record. They enter the round-robin quarterfinals, which begins on Saturday, with Perlas, Pocari Sweat, and Air Force.