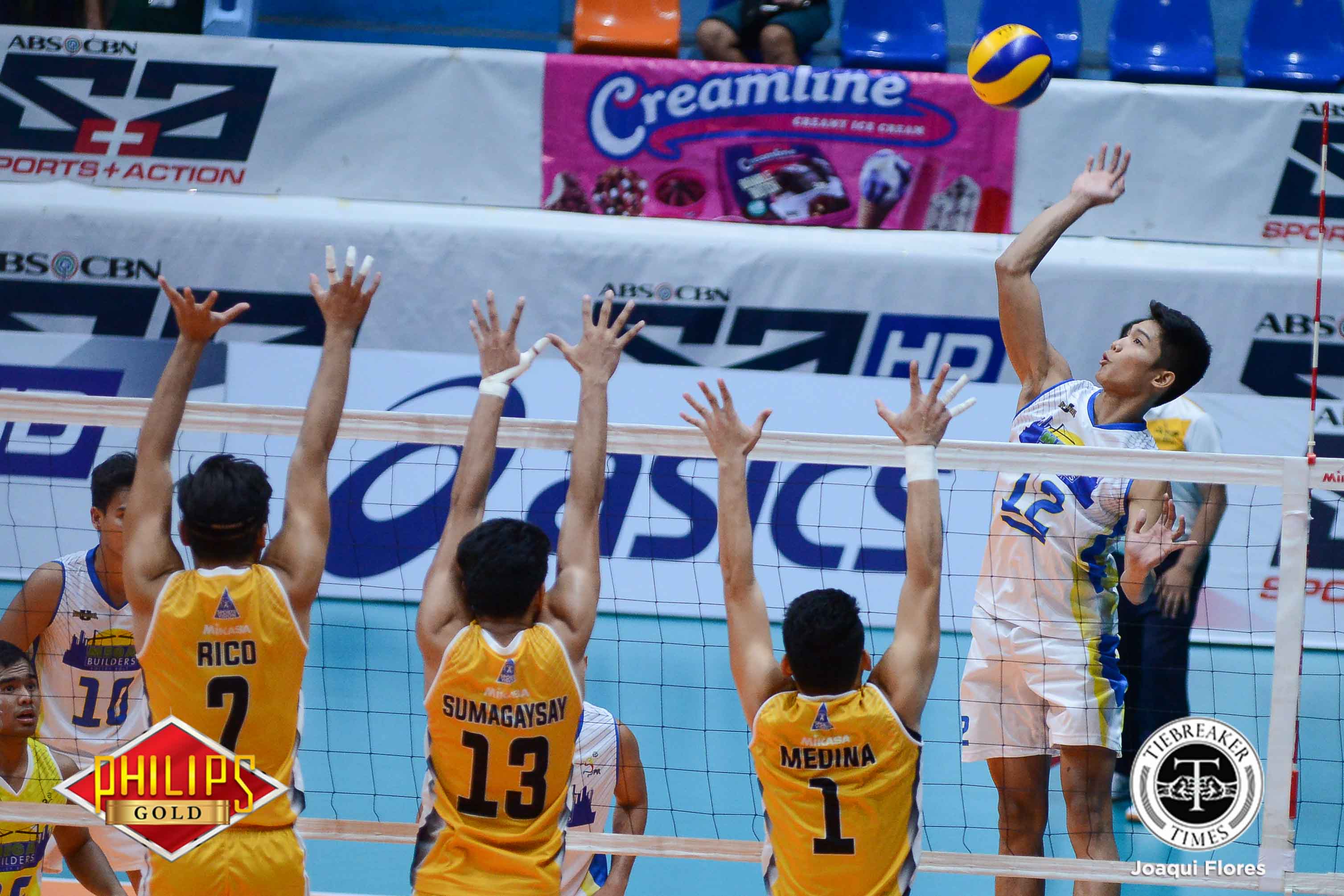 The Mega Builders Volley Bolts continued to display their dominant form in the Men’s Open Conference Saturday afternoon, imposing their will on the IEM Volley Masters, 25-14, 25-20, 25-19, at the Filoil Flying V Centre.

The National University Bulldogs-powered squad sit on top of the standings with a 4-0 slate, and have not dropped a single set in three games. On the other hand, IEM fell to an even 2-2 record.

Skipper Francis Saura led the Mega Buildgers with 14 points, 12 on attacks, plus an ace and a block. Bryan Bagunas and Fauzi Ismail added 13 and 12 markers respectively.

For the entire course of the game, the Volley Bolts did not let up, continuing to lambast IEM’s floor defense. Moreover, excellent first balls led to easy attacks for the Mega Builders.

The Volley Bolts did not allow a single service ace in the contest while scoring eight points through kill blocks on the other end.

IEM were able to keep close with the league-leaders in the third set, though. But with the game tied at 16-all, the Mega Builders were able to go on a 9-3 rally, capped by back-to-back attack errors from IEM to seal the match.

But the Mega Builders’ biggest test will come on Wednesday, July 19, when they face the Cignal HD Spikers. Still, Dela Cruz is planning to take the same approach to that game as he has in their last four games.

#ReadMore  PVL will push through amid AVC Women's Tourney

“One game at a time lang, we train everyday, focus lang sa next opponent,” he shared.

Mark Enciso was the only Volley Master to score in double-figures with 11 markers.

IEM will next face the Philippine Air Force Airmen on Wednesday, July 19, at 10:00am.