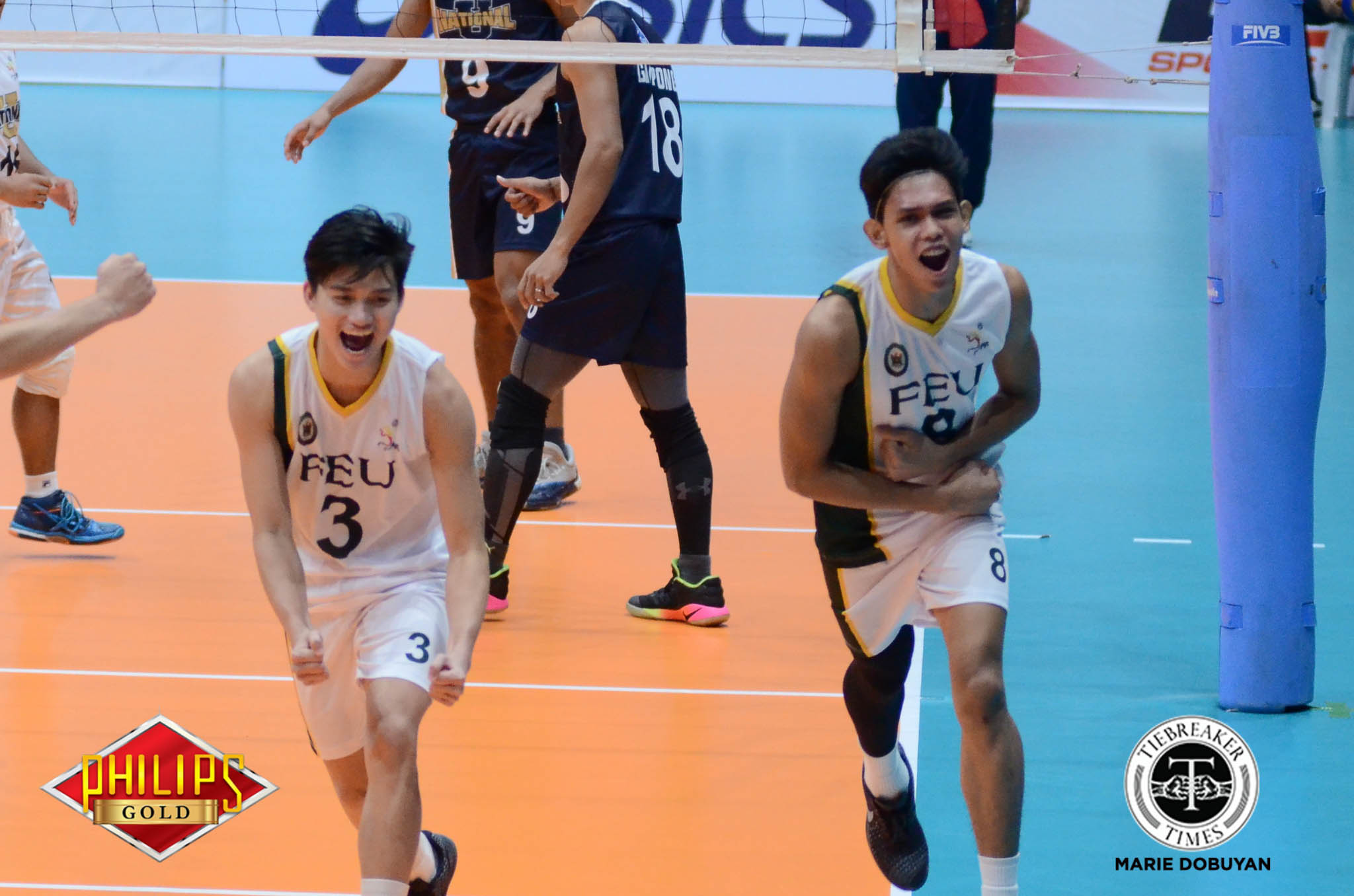 For the first time in Premier Volleyball League history, the National University Bulldogs will not be in the Finals.

Both squads had key players log limited minutes due to the on-going UAAP Beach Volleyball tournament. Still, other players played pivotal roles to drag the match to a third straight five-setter between both squads.

Since beginning as the Spikers’ Turf, the PVL will feature FEU in the Finals for the first time. Their foes will either be the Ateneo de Manila University Blue Eagles or University of Santo Tomas Tiger Spikers, depending on the outcome of their Game Three encounter on Monday.