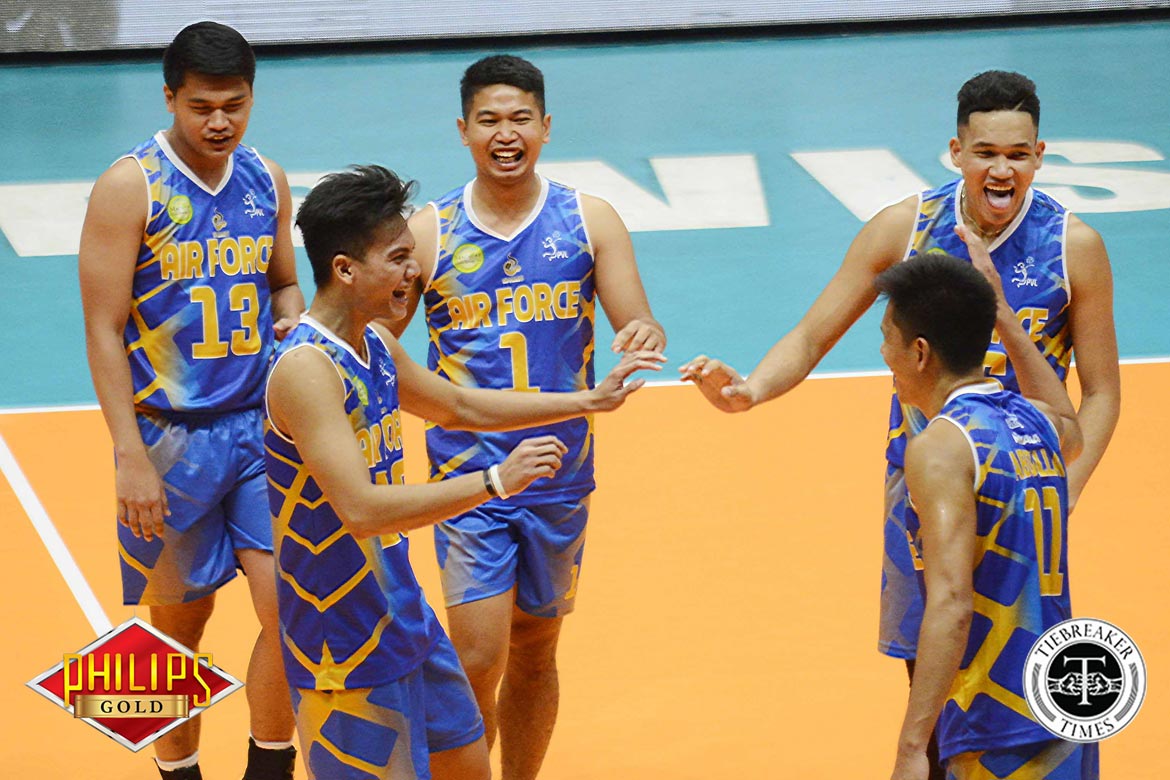 The Air Force Airmen have extended their dominance over the Cignal HD Spikers for the third straight conference.

Momentum ebbed and flowed between both sides throughout the match. The HD Spikers took early leads in each frame, but Air Force rallied back thanks to clutch defensive plays.

Both teams still top the standings with identical 3-1 records.

Air Force will end their elimination round against the Café Lupe Sunrisers (0-3) on May 25, while Cignal take on the Sta. Elena Wrecking Balls on May 27.