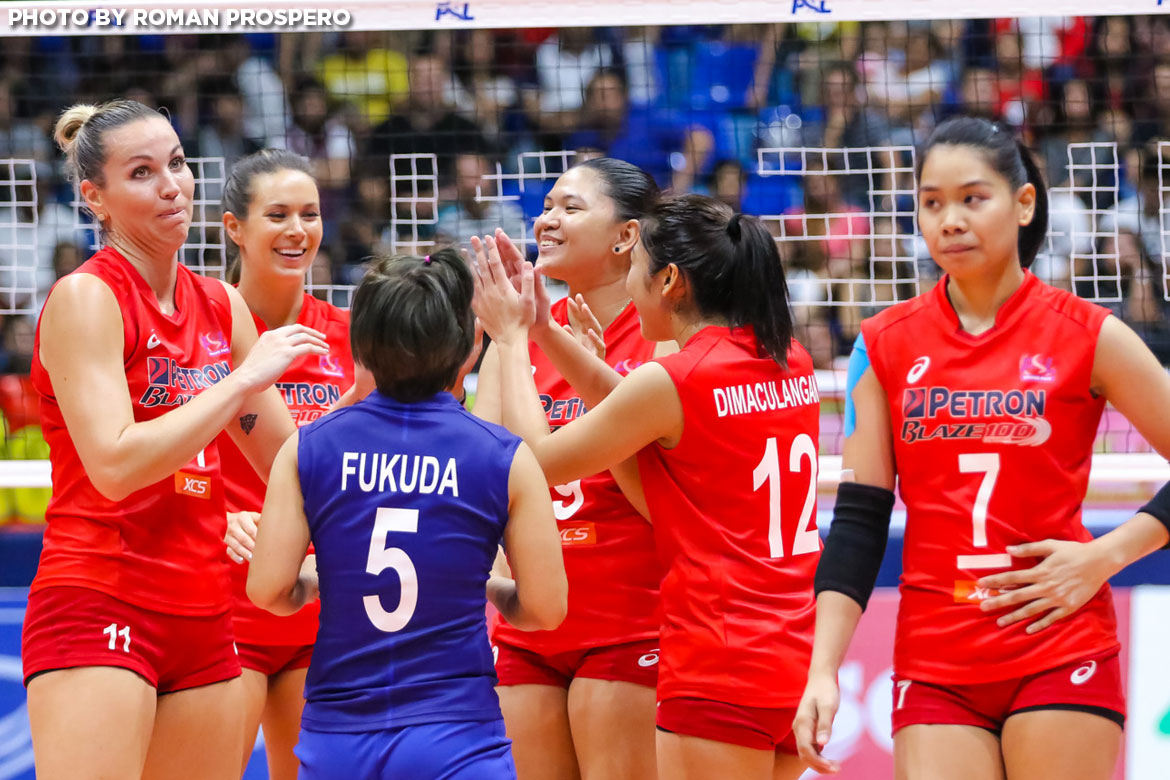 Facing their toughest opponent yet this season, the Petron Blaze Spikers gutted out a four-set win over the Cignal HD Spikers, 19-25, 25-9, 25-22, 28-26, to move to 3-0 in the Chooks-to-Go Philippine Superliga Grand Prix at the FilOil Flying V Centre.

Unlike in their past matches, Petron struggled out of the gates and succumbed in the first set. According to head coach Shaq Delos Santos, Petron needed to maintain a positive mindset to overcome their slump.

The Blaze Spikers heeded their mentor’s call, handing Cignal their worst set loss of the season in the second frame. Petron continued to roll in the third frame, going on a 5-0 rally to secure a 22-17 lead and take the frame with smart side-out plays.

The fourth frame was dictated by runs, as Cignal held the early lead, 11-7, before Petron came back and tied the match at 14. Cignal then went on another spurt, going up 22-18, before blowing their cushion again and being dragged into a deuce.

2015 MVP Lindsay Stalzer took over in the late game, scoring on a hit then an ace to give Petron the edge, 27-26. The HD Spikers managed a solid pass in the following point, but their import Alexis Matthews swung her hit out of bounds and handed Petron the match.

For Cignal, it was Jovelyn Gonzaga who paced her team with 16 points. Import Beth Carey and Rachel Daquis chipped in 14 and 10 points respectively.

Tab Baldwin not thinking about sweep: ‘The only game that matters is the next’