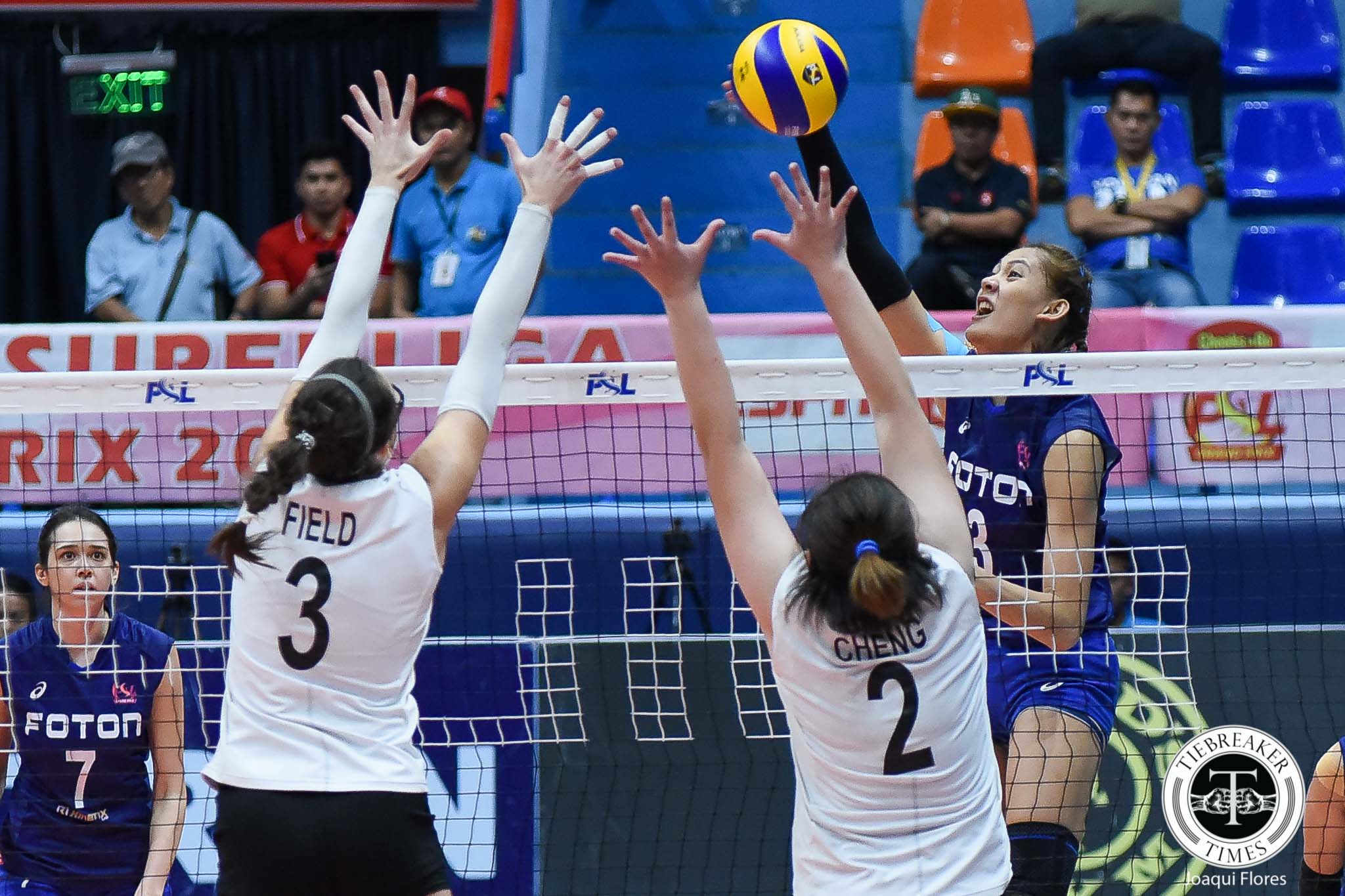 The Foton Tornadoes almost saw their three-peat bid go down the drain, but picked up their performance just in time to strut into the 2017 Chooks-to-Go Philippine Superliga Grand Prix after dousing the Sta. Lucia Lady Realtors, 21-25, 25-17, 25-23, 25-17, at the FilOil Flying V Centre.

Sta. Lucia took their incendiary momentum from their two-game winning streak at the end of the elimination round, right into the quarterfinals. The Lady Realtors hampered Foton’s offense with solid serving and focused on defense especially on Foton’s high-scoring import Sara Klisura. The Serbian managed just three points as Sta. Lucia picked up the first set.

The Tornadoes seemed to have recovered in the second frame, taking a quick 15-10 lead and never looking back. The Lady Realtors came alive again in the third set, putting Foton through the ringer and into a 17-14 hole. The Tornadoes had a counter, though. With Dragana Perunicic on the serving line, Foton crept all the way to a 23-18 lead. Trying one last gasp, Sta. Lucia rattled off a late 5-1 run to come within one, 24-23, thanks to Foton’s hitting errors. The Lady Realtors had a solid chance at deuce, but Klisura perfectly read and blocked a Djanel Cheng drop ball attempt.

By the fourth frame, the Lady Realtors’ fire had run out, with the Tornadoes starting the set on a deflating 20-11 blitz. The Lady Realtors caught a few breaks late through Pam Lastimosa’s serving, but ended up falling after a Klisura kill.

“I’ve always believed that Sta. Lucia was a Top 4 team. They just had an unlucky start to the Grand Prix,” said Foton head coach Moro Branislav. “Psychology-wise, this was not the best match for us. But it should give us more sense of urgency heading the semifinals.”

The Tornadoes move on the quarterfinals, where they face the Petron Blaze Spikers on Saturday at the SM Moa Arena. Petron were the only team to beat Foton in the elimination round. 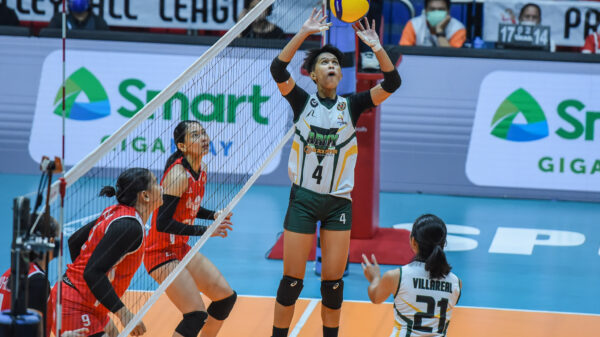