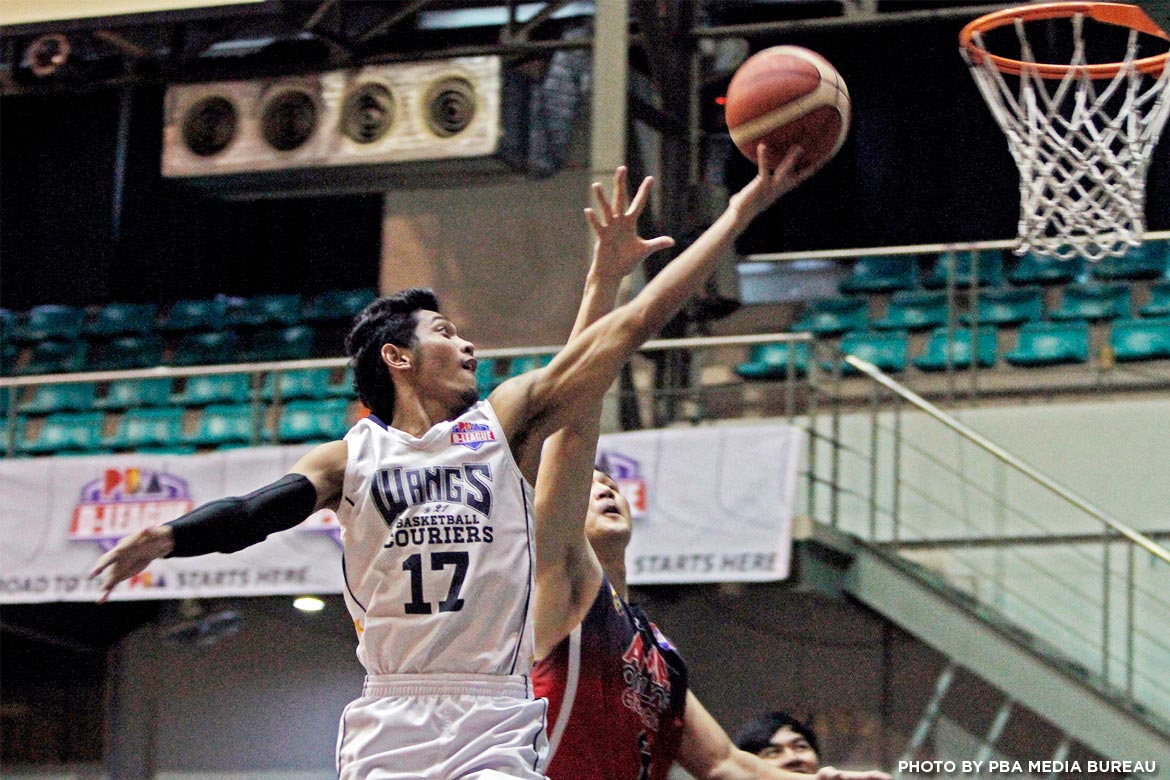 The Wangs Basketball Couriers held strong and pulled off a 98-93 upset of the AMA Online Education Titans, Monday afternoon at the JCSGO Gym in Cubao, Quezon City.

Von Tambeling paced the Couriers with 21 points as he went on a 5-of-8 clip from downtown, along with seven rebounds, four assists, and three steals.  Rey Publico fired eight of his 18 markers in the fourth quarter, while also hauling 11 boards to end their five-game losing slide.

Wangs grabbed a 15-point lead, 46-31, early in the second quarter before a Jeron Teng rally got the Titans back in the game and knot the score at 78 in the fourth frame.

But the Couriers already learned their lesson, calming the fort before unfurling a 9-0 blast to erect an 87-78 advantage as Tayongtong, Publico, and Gomez all did their part to fend off the Titans.

It was a sorry defeat for AMA, who had welcomed back Jeron Teng to their fort after a week-long stint with Mighty Sports in Dubai.

Teng led his side with 25 points on 29 attempts and seven rebounds, but it wasn’t enough, as the Titans fell to 5-3 and saw their three-game win streak cut short.

Wangs shot 48 percent from the field compared to 46 percents for the Titans. The Couriers knocked down 23 of their 33 free throw attempts compared to just 18-of-30 for AMA.

Juami Tiongson added 21 markers on 8-of-12 shooting, two boards, and two assists, while Jay-R Taganas registered 14 points and 18 rebounds in the loss.

Wangs will next face Blustar this Thursday, March 2, 3:00 PM at the Ynares Arena in Pasig City. Meanwhile, AMA will play CafeFrance next Monday, March 6, 5:00 PM, still in JCSGO Gym.

Pacio hopes that victory over DSA leads to title rematch