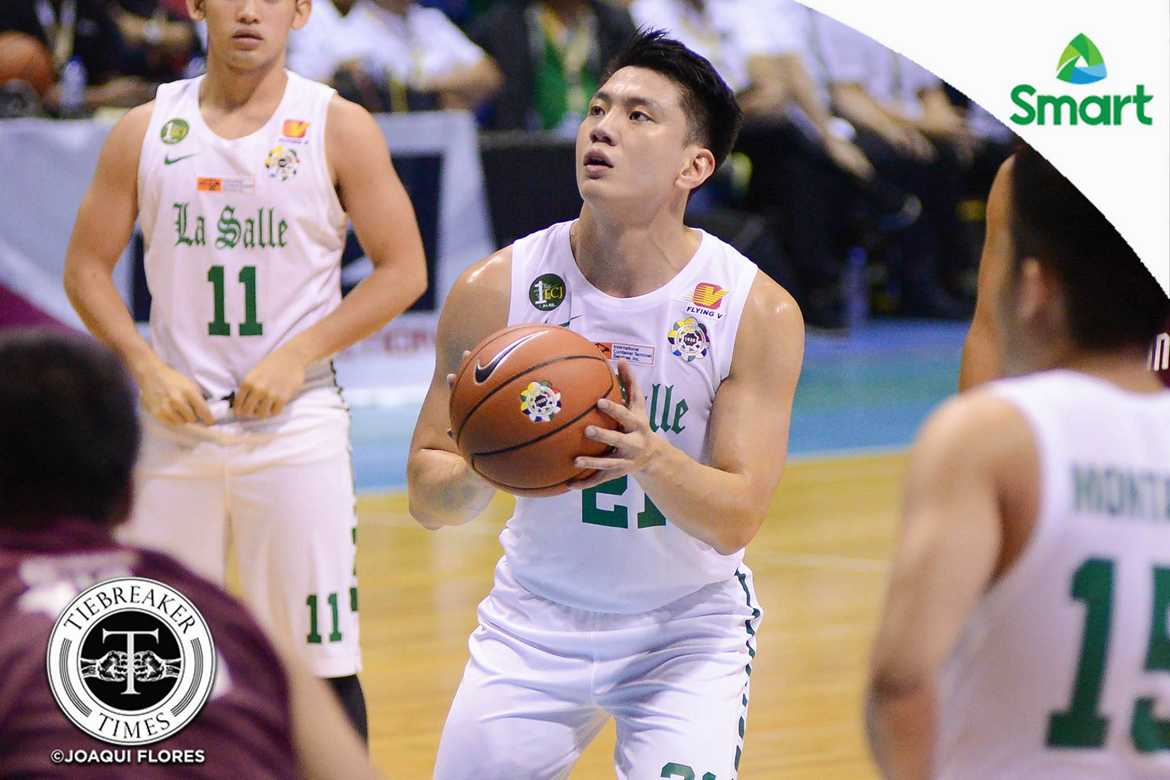 Barring any hitches, the AMA Online Education Titans will select Jeron Teng as the top pick in the 2016 PBA D-League Draft on Tuesday at PBA Cafe in Metrowalk, Pasig City.

However, there are still many intriguing prospects for the Titans in the 128-man pool who could sway their opinion in the draft proceedings, which are set at 11:00am.

ABL standout Jason Brickman emerges as the top candidate to be picked first if AMA do have a change of heart, while not far behind are solid prospects Monbert Arong of Far Eastern University, Jom Sollano of Colegio de San Juan de Letran, and Mac Tallo of Southwestern University.

The Tanduay Rhum Masters will be more than happy to get the next best possible talent at number two, followed by the Racal Tile Masters at three.

At fourth, the Café France-CEU Bakers will first select their new players from their Centro Escolar University core for the first three rounds before being allowed to make their selection from the rookie pool. The Wangs Basketball Couriers will make their pick at five.

Before the draft selection, league newcomers will first engage in a lottery to determine their placing in the draft order.

School-based squads Cignal-San Beda, Jose Rizal University, and Manuel L. Quezon University will first pick their varsity players before being eligible to bolster their roster from the pool, while Province of Batangas are seeking to select a pure Batangueño lineup from the field.

The 10th squad, Blustar Detergent Dragons-Malaysia, will not participate in the draft due to their status as a guest team.

Rookies picked are expected to see action for their respective squads in the new season, starting at the 2017 PBA D-League Aspirants’ Cup, which will open on January 19 next year.