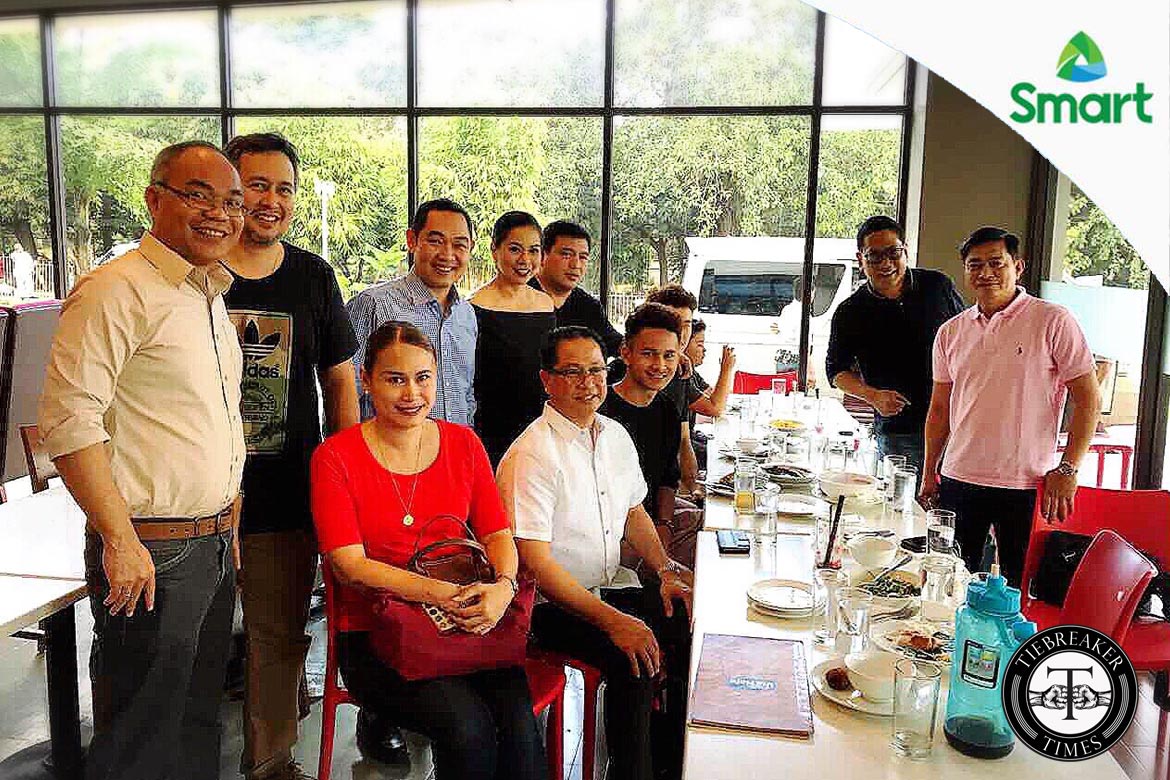 “Whatever is in store for me in the future, I don’t know yet, but I believe that there’s nowhere to go but up for me.”

With that statement, UAAP Season 79 Juniors Most Valuable Player Juan Gerardo Gomez De Liano left little doubt as to where he would be taking his tremendous talents in college, as he made his commitment to join the University of the Philippine Fighting Maroons, Saturday afternoon.

Gomez De Liano, who averaged 19.1 points, 10.3 rebounds, 3.5 assists, and 1.5 steals in his last campaign for UPIS, is the second recruiting coup of the UP Fighting Maroons. Earlier this year, Cameroonian student-athlete Bright Akhuetie also made his commitment to enroll in UP.

“Whatever I accomplished during my UAAP juniors career, I dedicate to my university. This MVP award and this Mythical Five selection are just bonuses,” he said.

Second-year UP Fighting Maroons head coach Bo Perasol said the additions of Gomez De Liano and Akhuetie should bolster the promising roster of the steadily-improving Fighting Maroons. Last season, UP finished sixth with a 5-9 record and almost made the Final Four.

“The graduation of key players in our rotation made it critical for us to find talent that will complement our current roster,” said Perasol, who himself had played for UP.

“We believe that having Gomez De Liano and Akhuetie in our lineup will give the team more weapons and more options in the seasons to come.”

UP MBT team manager Dan Palami added that the addition of Gomez De Liano is part of UP’s efforts to contend for the UAAP basketball crown, which the Maroons last won in 1986.

“This is just one step, one phase in what is a continuing effort to make the Maroons more competitive,” said the president of the No Where to Go but UP Foundation.

Palami added that while there have been positive developments on the recruitment front for the Maroons, they are not done yet.

“We’re not the only team trying to get better, so we know we have to continue to work, and this means not just working on making additions to our roster, but developing the players we already have,” Palami declared.

According to No Where to Go but UP Foundation chairman Renan Dalisay, the support of the UP community made this dream a reality.

“The community has made it possible for us to make the strides we’ve made in the past few years,” Dalisay said.

“This is an all-out effort of the UP community, and we’re fortunate to have the support of our students, alumni, the UP administration, and the UP community––all of whom are fully committed to winning a title.”