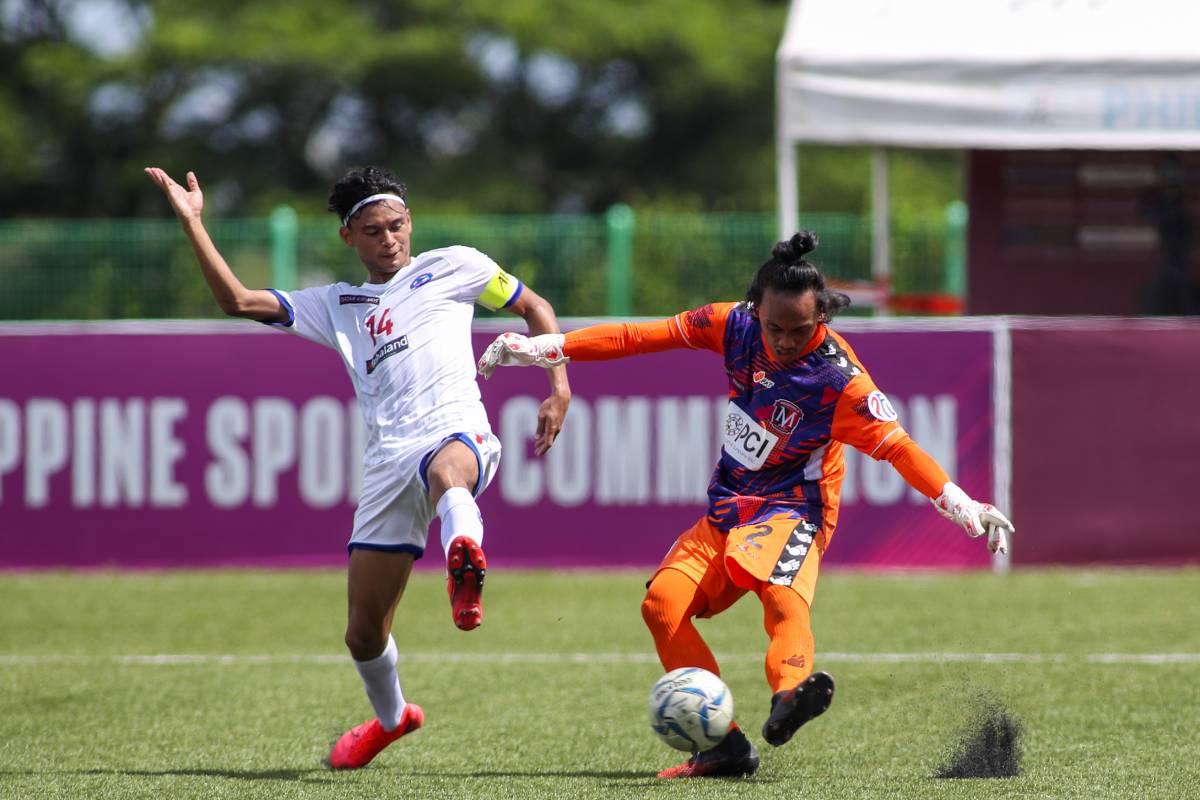 One of the most intriguing subplots in the 2020 PFL Season sponsored by Qatar Airways is the answer to what is Jarvey Gayoso’s best position on the pitch.

As the best in the UAAP in playing up front, the Ateneo product was left back at left-back while representing the country in the 30th SEA Games and it is that same position where he has played most of the time for the Azkals Development Team.

“I trust coach Scott (Cooper) and I know that he sees the potential in me.

“Being the captain also, I want to set an example for the team, especially the younger ones that we always have to adapt as players and wherever we are, we have to give our 100 percent so that’s kind of what I want to impart with the younger guys,” said Gayoso after the ADT defeated Mendiola FC 1991 to get its first win for the campaign.

The debate over where the 6-foot-1 athlete should play has been a hot topic on social media.

Most fans would want to see him as a striker but the argument can be made that him playing at left-back makes sense since having fast full-backs is a trend in modern football.

Things then took a renewed turn when the 23-year-old headed the ball home to give the ADT its first goal of the season and lead his team to a victory in its third match of the year.

Old habits die hard and it is safe to say that Gayoso has not lost his deadly instinct in front of goal.

“We tried Ivan (Ouano) and Chima (Uzoka) to start the game up front and it was a little bit flat. There wasn’t a lot of movement. We decided down the stretch to by bringing Kennedy (Uzoka) in, who’s more of a number 10, and letting Jarvey run in behind,” said Cooper.

“We know he’s done that in the college game so it’s a good chance for me to see the mobilization. He took his role very well. He showed some good movements and once again, Jarvey’s position isn’t solidified as a left-back or left-winger. We want to have a look at him at various positions as we’ve done with Carlo Dorin, several players (like) Troy Limbo, Mathew Custodio.”

Without a doubt, Cooper is in a tight spot. Does the former Thai League mentor play to the gallery and instruct one of the country’s most promising young talents to play as a striker or keep using him at left-back where he can improve his all-around game? For the player himself, though, it is about being a good soldier.

“So being given the opportunity to play on top, of course, it was something that I grew up playing but for me, it’s never a personal thing… It’s just me accepting every role he thinks I can play and being able to adapt to every role,” said the two-time UAAP MVP.

It is safe to say that the debate over Gayoso’s best position won’t die anytime soon. But with the amount of talent that he has, it is going to be fun to find out where he finally ends up playing on the pitch.