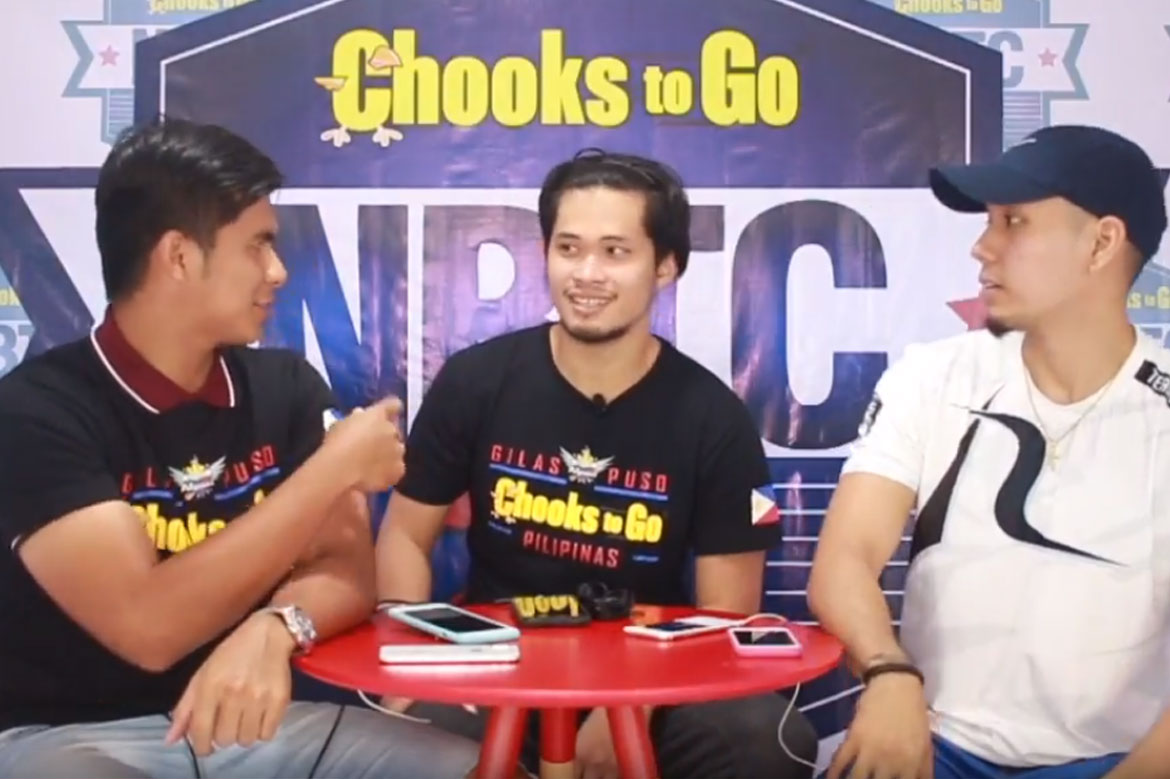 Kiefer Ravena and Mikee Reyes give you the lowdown on the latest happenings in the world of high school basketball with the Chooks-to-Go/NBTC 24: NCAA Edition.

In this week’s show, there is a new king of the hill in the NCAA Juniors Basketball tournament.

It took Arellano a little time to get things going, but Aaron Fermin is making sure that the wait is all worth it.

Just like last year, the graduating center is making another memorable start to the year, so it’s no surprise that the Braves are unbeaten in three games so far this NCAA Season 94 juniors’ basketball tournament.

He first had an eye-popping 12-point, 20-rebound performance against Lyceum, and followed it up with an even more dominant 22-point, 18-rebound, 2-block outing in Arellano’s evisceration of San Sebastian this past week.

Thus, Fermin has jumped four spots to claim the pole position in the third week of the Chooks-to-Go/NBTC NCAA 24.

Rom Junsay remained at third with another pair of solid showings, as he averaged 20.0 points for the Braves’ two wins this past week.

La Salle Greenhills guard Joel Cagulangan stayed at fourth, while Lars Sunga completed the trifecta of Arellano studs to make it into this week’s top five.

Rounding out the top 10 are Inand Fornilos of the Greenies, Kean Baclaan of the Staglets, John Barba of the Junior Pirates, Jonnel Policarpio of the Red Robins, and Joshua Gallano of the Junior Altas.

#ReadMore  Kiefer Ravena relieved that Terrence Romeo was not around

Perpetual’s Ezdel Galoy and San Beda’s Zach Estacio both suffered the biggest drop this week, as they both fell 13 spots down.

Galoy went from sixth place to 19th after a pedestrian showing for the Junior Altas, while Estacio went from 11th place to 24, as he barely made the cut to be the lone Red Cub to make it to the list.

In addition, we bring you the top plays of the week.

They will be joined by our special guest today, NBTC alumnus Gelo Alolino, who gives an update on his injury.