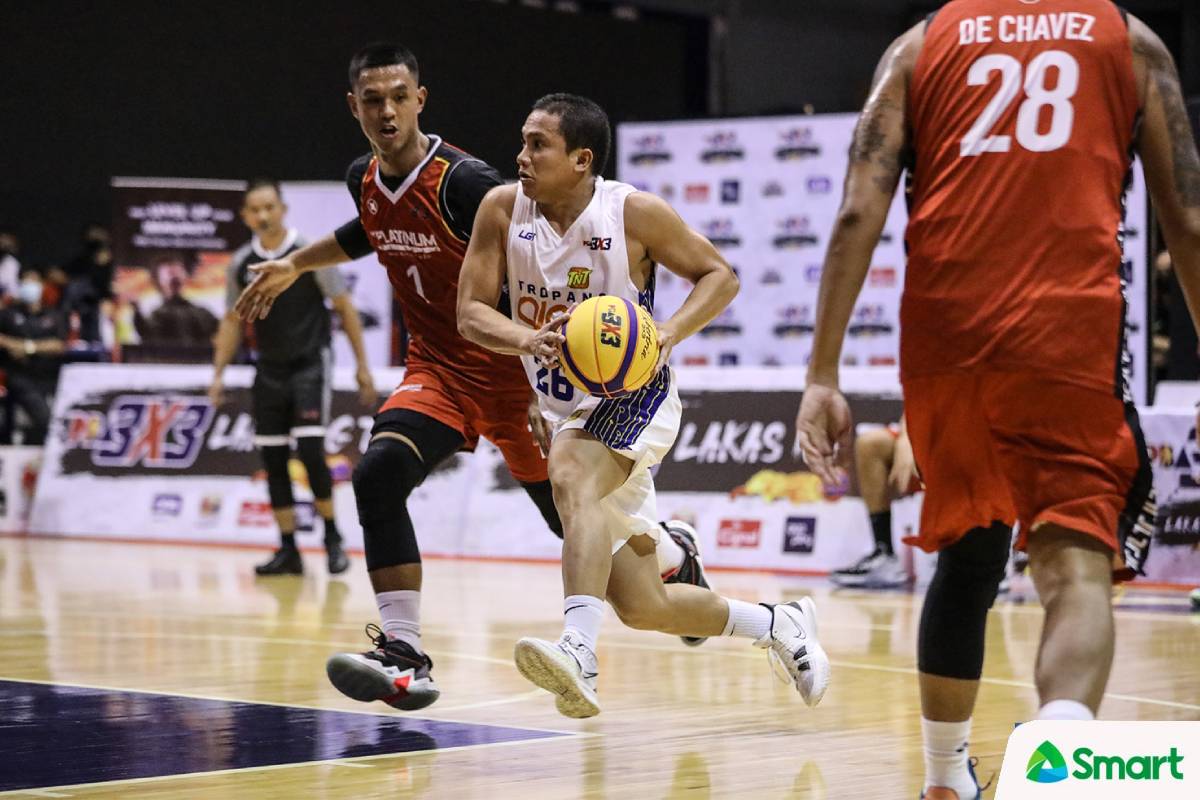 Almond Vosotros starred as TNT frustrated Platinum Karaoke, 21-20, to take the top spot in Pool A in the PBA 3×3 Leg 1, Sunday at the Ynares Sports Arena.

The 5-foot-10 gunner nailed the cold-blooded deuce all over the defense of Karl Dehesa as the Tropang Giga finished the eliminations with a clean 4-0 card.

Redemption was best exemplified by the former Gilas Pilipinas guard with the way he delivered for the flagship MVP group franchise.

Vosotros was practically the one who allowed Platinum to take the lead in regulation as his foul sent Yutien Andrada to the stripe with 1:12 to go.

Andrada sank both of his freebies, and Dehesa followed it up with a lay-up off a strong drive from the right to make it a 19-17 advantage for the guest team.

Vosotros, however, made up for that blunder by sinking a two-pointer from the wing with 17.2 seconds on the clock. He then stole the ball seconds later but the Tropa failed to capitalize, as Lervin Flores lost control as time expired.

Platinum appeared to have seized momentum as JR Alabanza made a one-handed-flush off a pick-and-roll set, only for Vosotros to spoil their plans.

Vosotros, who scored 12 points yesterday in their 21-9 conquest of Limitless App, finished with eight points to lead TNT.

TNT now awaits the winner of Ginebra and NorthPort for its foe in the knockout quarterfinals later in the day.