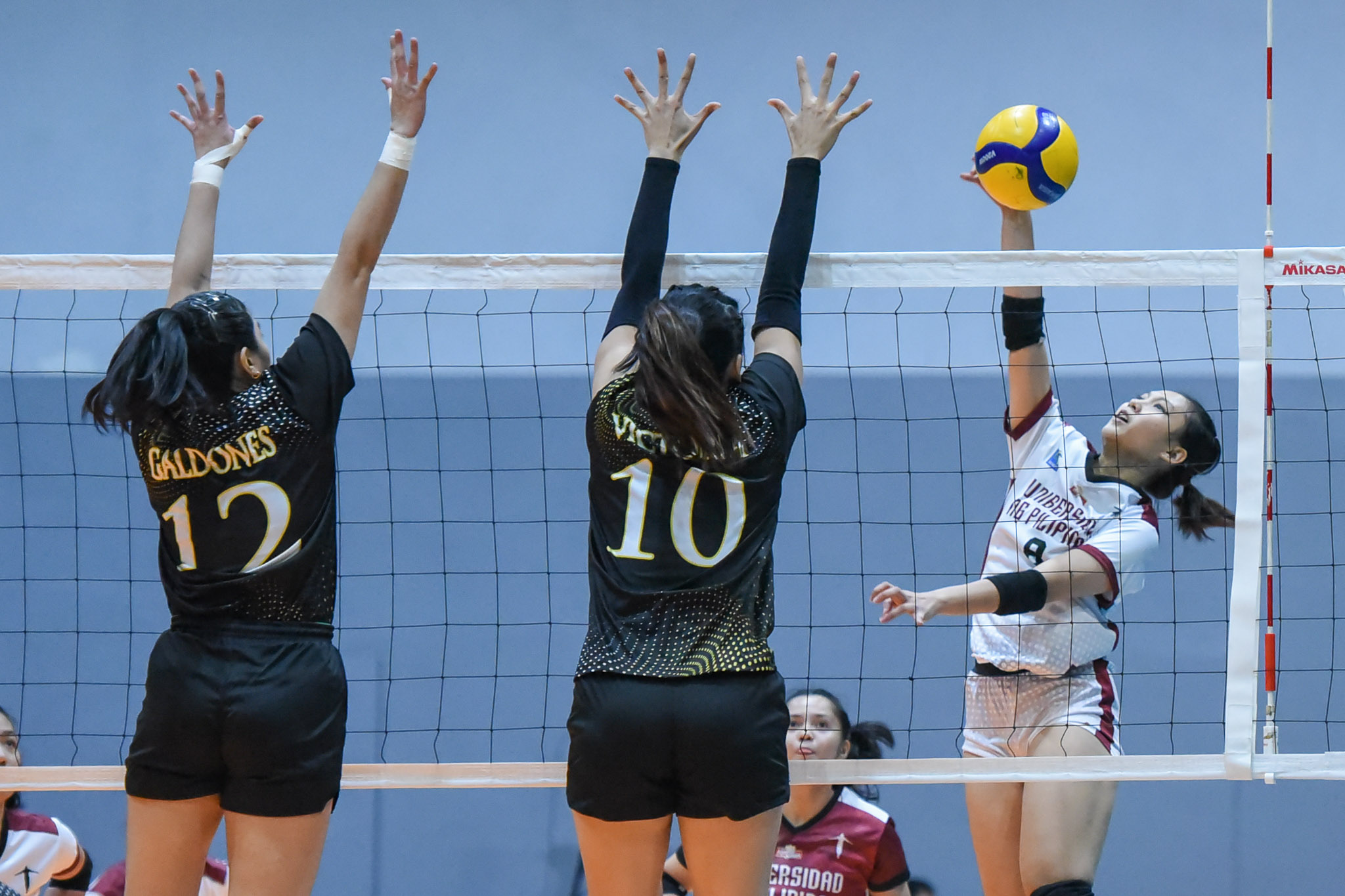 Sophomore spiker Joan Monares paced the 2-0 Fighting Maroons with 15 points built on 14 attacks to go along with 12 excellent digs while team captain Jewel Encarnacion had 12 points on top of 17 excellent receptions.

With the Fighting Maroons a point away from securing the win, Athena Abbu saved a match point with a quick hit before Pierre Abellana nailed back-to-back attacks to give the Golden Tigresses a one-point, 25-24 advantage.

UST could not convert in the following plays as Cassie Carballo and Abellana committed consecutive errors which then pushed the Fighting Maroons at match point anew. Encarnacion scored off the block to notch the win.

Abellana scored 15 points for the Golden Tigresses (0-2) while Imee Hernandez and Jonah Perdido each had 10.

UP will take on fellow undefeated team College of St. Benilde at 5:00 PM on Friday for the top spot in Pool B while UST looks end the group stage with a win against San Beda University at 1:00 PM on the same day.