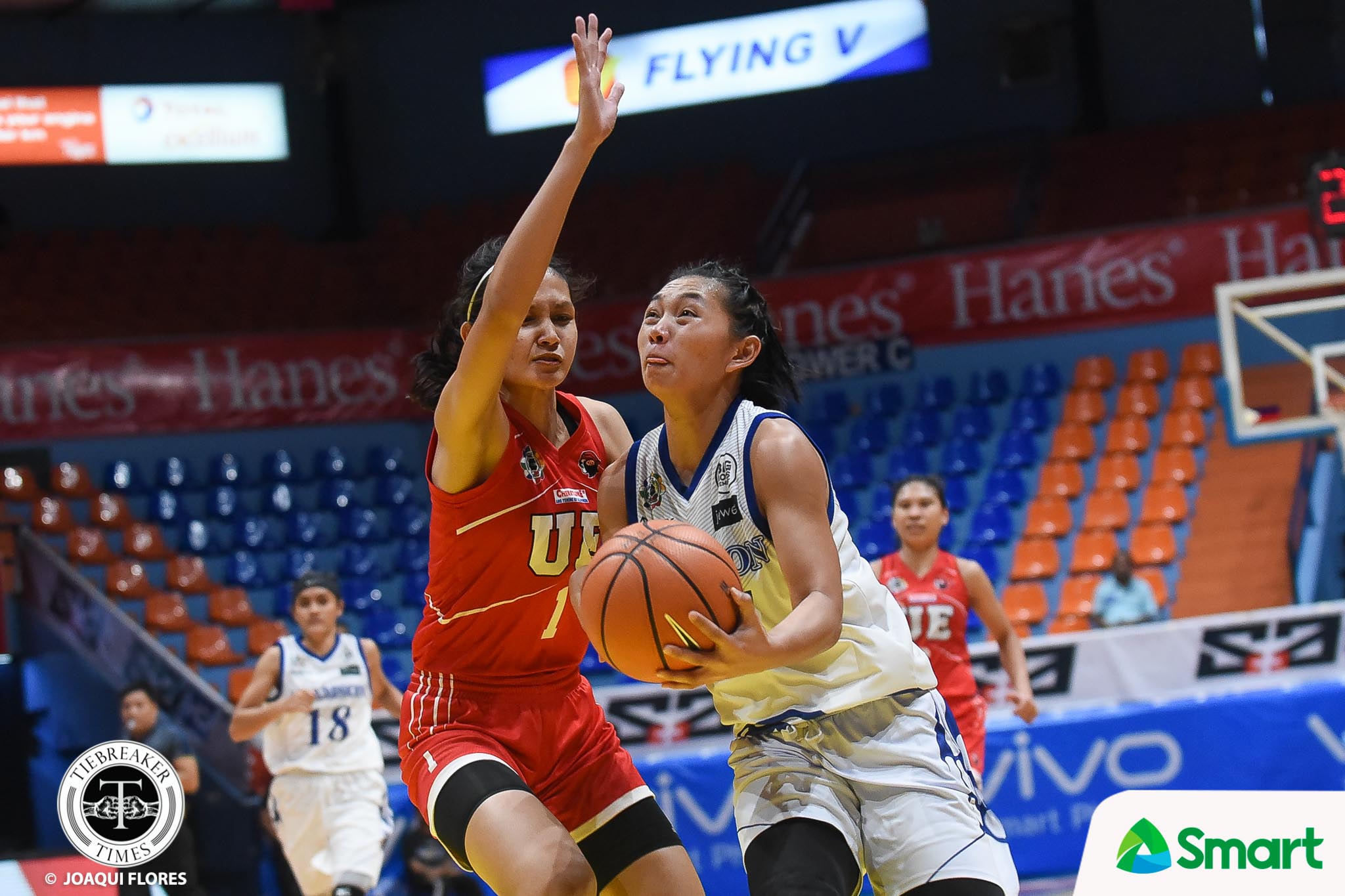 Mar Prado saved the day once again for the Adamson University Lady Falcons.

Thanks to the veteran big man’s clutch free throws, the Lady Falcons survived the University of the East Red Warriors, 76-75, to win their first assignment in the UAAP Season 81 Women’s Basketball Tournament second round at the FilOil Flying V Centre in San Juan City.

The win elevates Adamson’s record to 5-3 in the standings.

“Sabi ko nga, one point, two points or three points, a win is still a win,” commented Adamson mentor Ewon Arayi, who then lamented her players’ lack of intensity in defense in the second half. “Hindi na depensa yun. Katamaran na yun.”

The Lady Falcons were in danger of losing the contest when Christine Cortizano sunk eight points to hand the Lady Warriors a 69-70 edge deep in the final frame. However, both sides traded baskets, until Kristeena Camacho scored to hand Adamson a 74-73 edge with only 90 seconds remaining on the clock.

The Lady Warriors failed to convert in their next possession, and Jo Razalo was brought to the line to shoot two charities. Razalo missed both, but luckily for her and the rest of the Lady Falcons, Prado seized the rebound and drew a foul. Prado then made no mistake to sink the two freebies to hand Adamson a 76-73 cushion with 1:01 left.

Anna Requiron then drove to the hoop to trim the deficit to a one-point game, and UE made a defensive stop afterwards for a chance to win the game. The Lady Falcons doubled down on defense, however, and prevented the Lady Warriors from converting a last-second basket to seal the win.

Adamson led as much as 12 points in the contest when Razalo’s post-move gave the San Marcelino school a 32-20 advantage at the 3:30 mark of the second quarter.

Prado had a great all-around game for Adamson with 14 points, 17 rebounds, four assists, and five steals, while Jamie Alcoy came up with 18 points and seven rebounds.

Shellyn Bilbao contributed 13 points and five boards, while Razalo provided 12 markers and six rebounds. Kath Araja flirted with a double-double thanks to her nine points and 10 rebounds.

Adamson relied on their big men to seal the victory. The Lady Falcons mustered 54 inside points compared to the Lady Warriors’ 43. It was a different story from the perimeter, though, as UE produced 28 points from downtown versus Adamson’s six.

Cortizano led all scorers with 23 points alongside six rebounds and three assists, followed by Requiron’s 16 markers and nine boards. Anna Pedregosa helped the UE cause with seven points, six rebounds, and seven assists.

UE are now second-last in the standings with a 2-7 record.

Adamson (5-3) look to spoil NU’s winning streak on October 24 at the Smart Araneta Coliseum in Quezon City. On the other hand, UE (2-7) resume their campaign against the Ateneo de Manila University Lady Eagles three days later at the FilOil Flying V Centre. 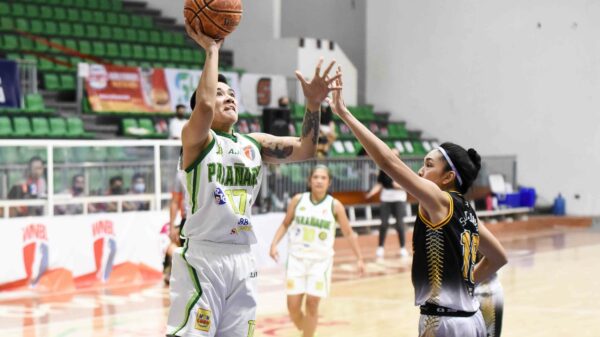