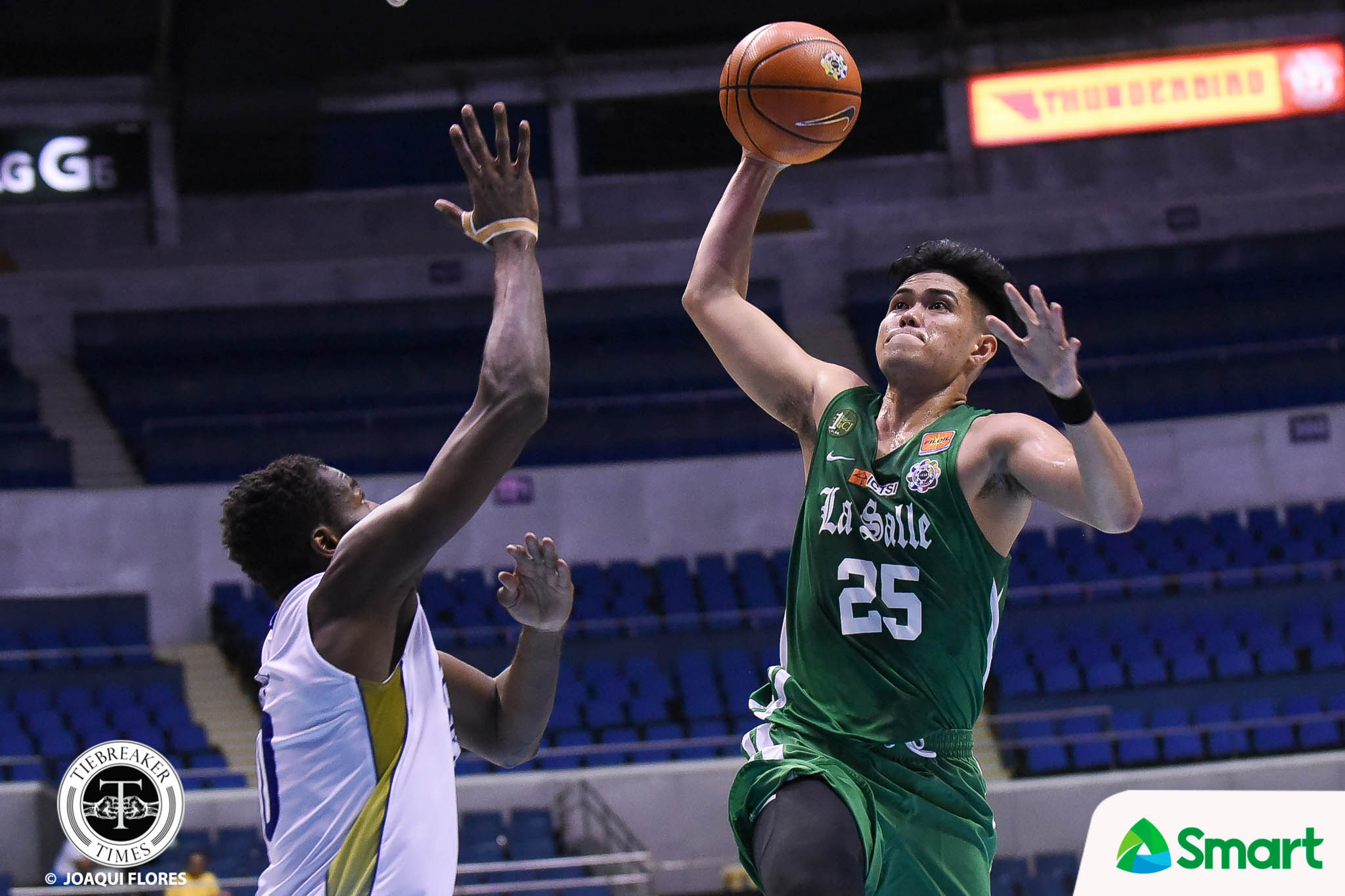 Just like their first round encounter, the De La Salle University Green Archers were simply too deep for the National University Bulldogs, taking a 84-77 victory, Wednesday evening at the SMART Araneta Coliseum.

With the win, the Green Archers have clinched at least playoff for a Final Four spot with an 8-4 record. Moreover, they will be armed with a three-game winning streak before facing defending champions and long-time rivals Ateneo de Manila University Blue Eagles.

The Green Archers proved to be too much for the Bulldogs, as five student-cagers scored in double-figures.

Santi Santillan had an outstanding outing with 18 points and five rebounds. And he was pivotal in the final frame when NU were sparking a comeback.

Dave Ildefonso scored six straight points to cut a once-10 point lead down to just one with 2:33 left. Justine Baltazar was able to answer back with two free throws, but Enzo Joson’s split kept NU within striking range.

Needing a bucket, Santillan threw up a soft floater that swished the net and proved to be the dagger. A miss by Joson then led to a Joaqui Manuel triple to buck NU.

“Balti [Baltazar] and Santi played na may sakit tapos si Kib [Montalbo] wala pa,” lamented Gonzalez, as Montalbo is nursing a sore groin. “Collective effort talaga ito from everyone, from the players to the coaches. I’m lucky to be a part of this team.”

Aljun Melecio had 13 points, six rebounds, and three assists, while Andrei Caracut had 13 markers as well.

Baltzar picked up another double-double with 11 points and 11 rebounds. Rookie Manuel finally had his breakout moment with 10 points built on two triples.

The Bulldogs fell to 3-9 to miss out on the Final Four for the fourth straight year.

Ildefonso once again paced NU with 20 points. Fellow rookie John Lloyd Clemente scored 17 points in the first half, but was limited to just two shot attempts in the last 20 minutes of the game to finish with 19 points.

La Salle will next face archrivals Ateneo on Sunday, November 11, at the SMART Araneta Coliseum. Earlier in the day, NU play their penultimate game of the season against the Far Eastern University Tamaraws with a special start time of 12:00nn.