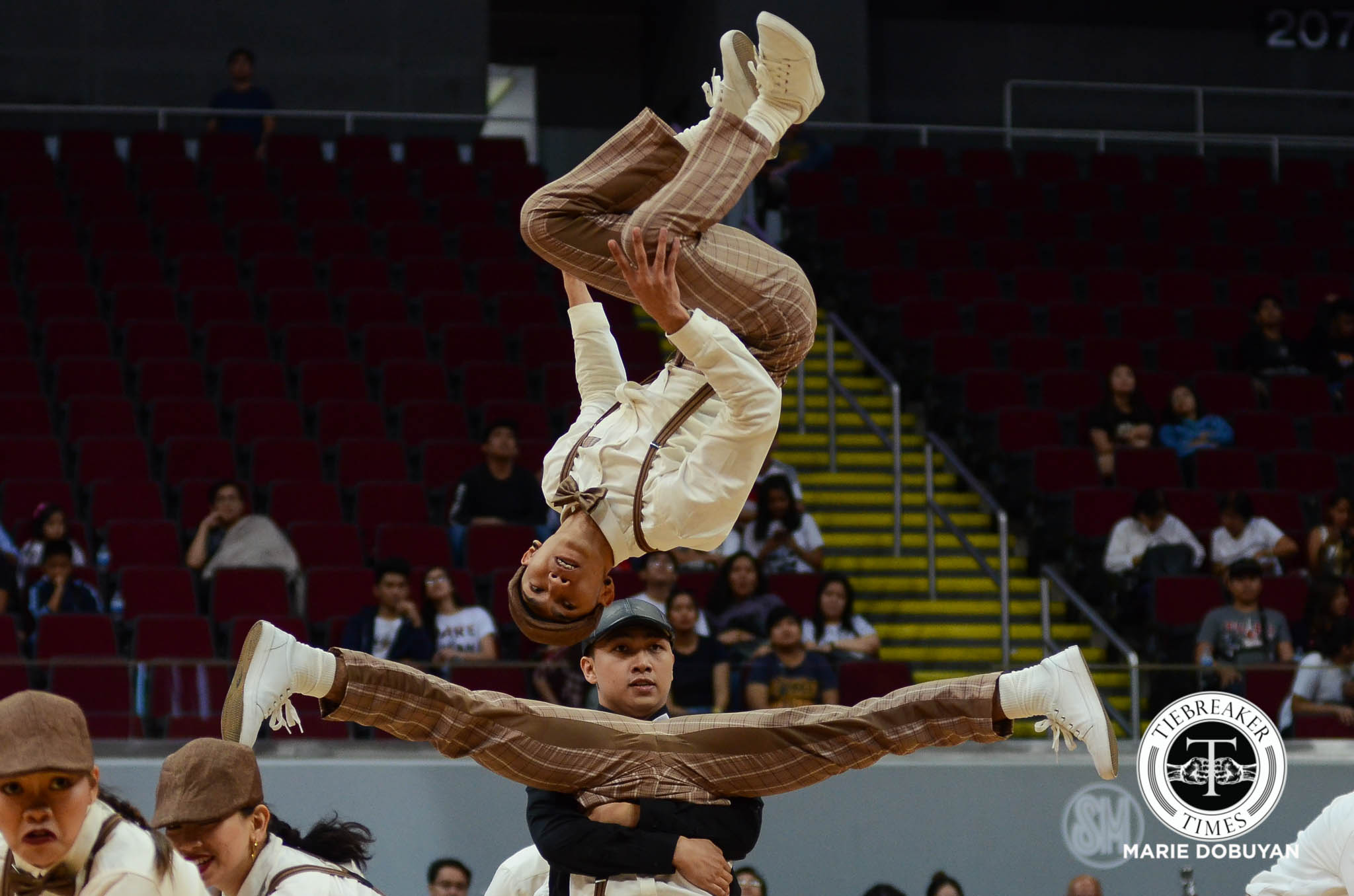 The Far Eastern University Street Alliance made history and bagged their first-ever UAAP Streetdance title with an old-school, gangster-styled performance that electrified the crowd at the Mall of Asia Arena, Sunday afternoon.

The season hosts, who had just formed in January, danced to vintage-sounding beats ala gangsters and proved they could  gate crash the podium, which has long been dominated by either the De La Salle University or the University of the Philippines.

FEU’s coach Randell San Gregorio, who is also the coach of the FEU Cheering Squad, expressed how proud he is of the feat of the very young team.

“It feels so surreal. We just started the group last January. I always tell them hindi naman tayo nag pe-place sa past, try natin iba baka mag work. It really worked for FEU. Yun goal namin sa start, makapag come up ng fresh na routine,” said San Gregorio, who is the mastermind of the gangster theme that resulted in an 85.75 score from the judges.

The Street Alliance is an amalgam of dancers from the cheering squad, dance company, street alliance, and other FEU students that took their chance to audition and join the young team.

La Salle, together with their well-created routine, pulled off clever shirt changes to reveal their emoji theme. In true Green Archer fashion, they finished their performance with a bow and arrow emoji plastered on their backs.

UP, in very colorful shirts, wowed the crowd with witty and quirky moves to OPM tunes ranging from the 80s to the 2000s. They used songs like Parokya ni Edgar’s Bagsakan and Andrew E’s Mahirap Maging Pogi. 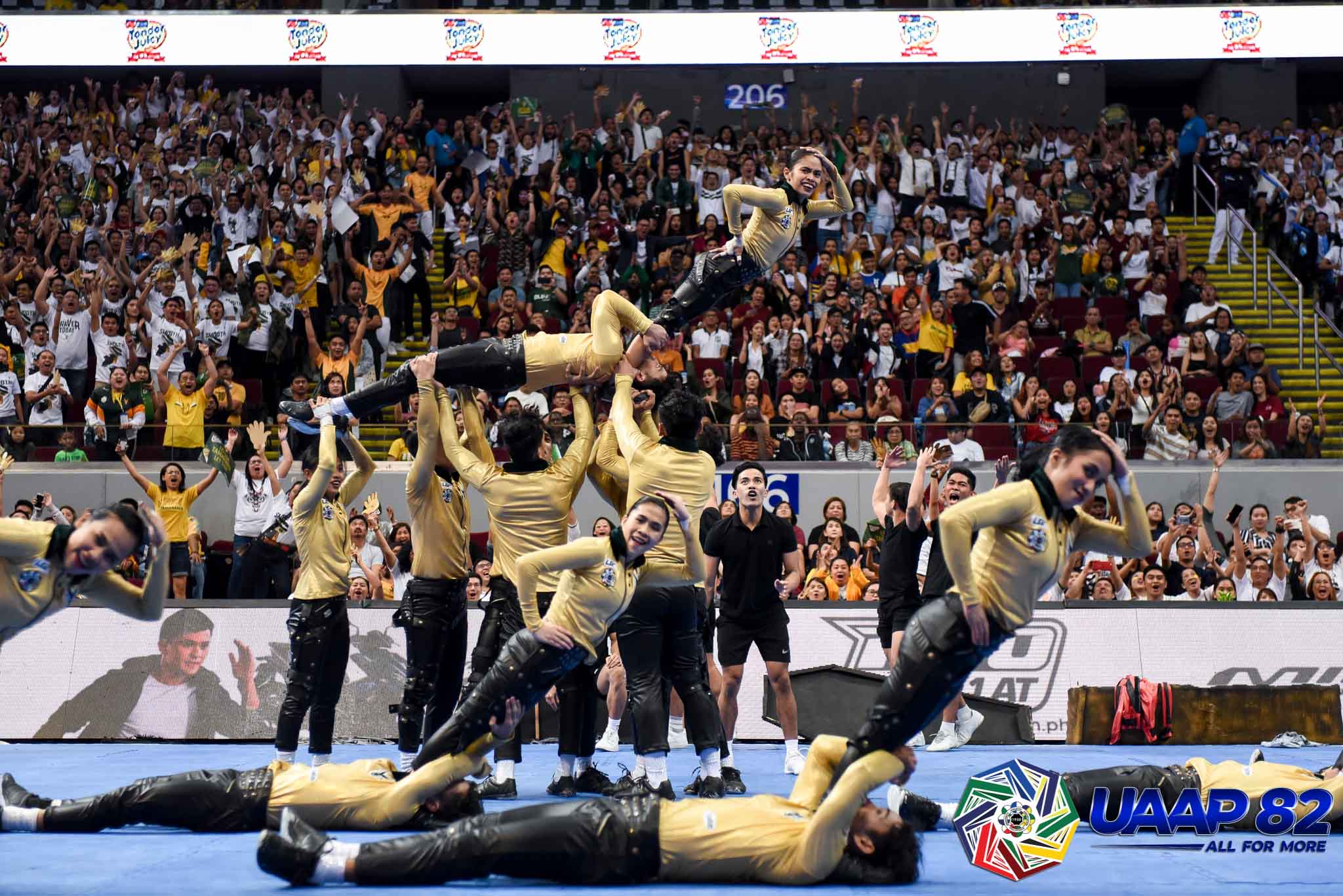 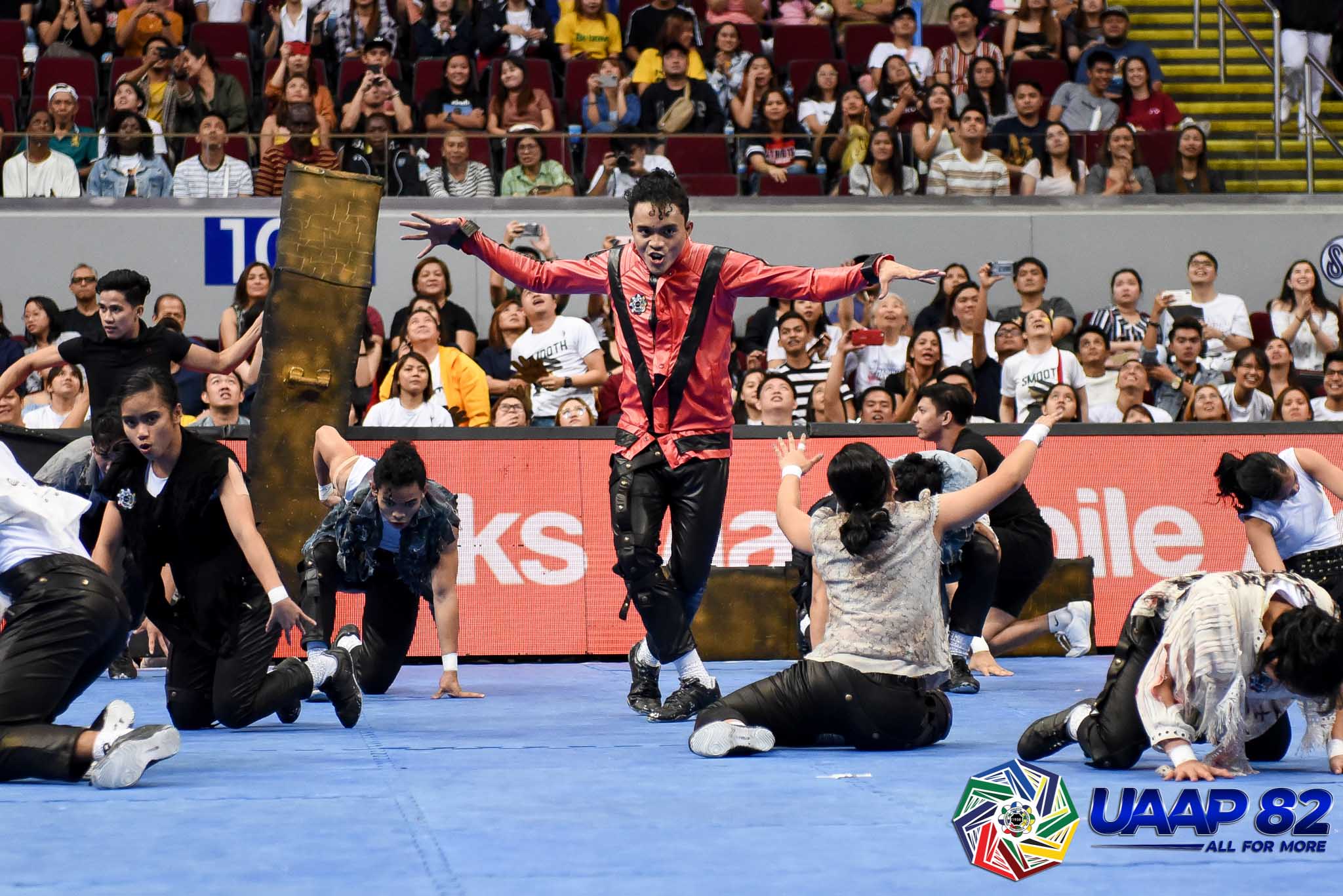