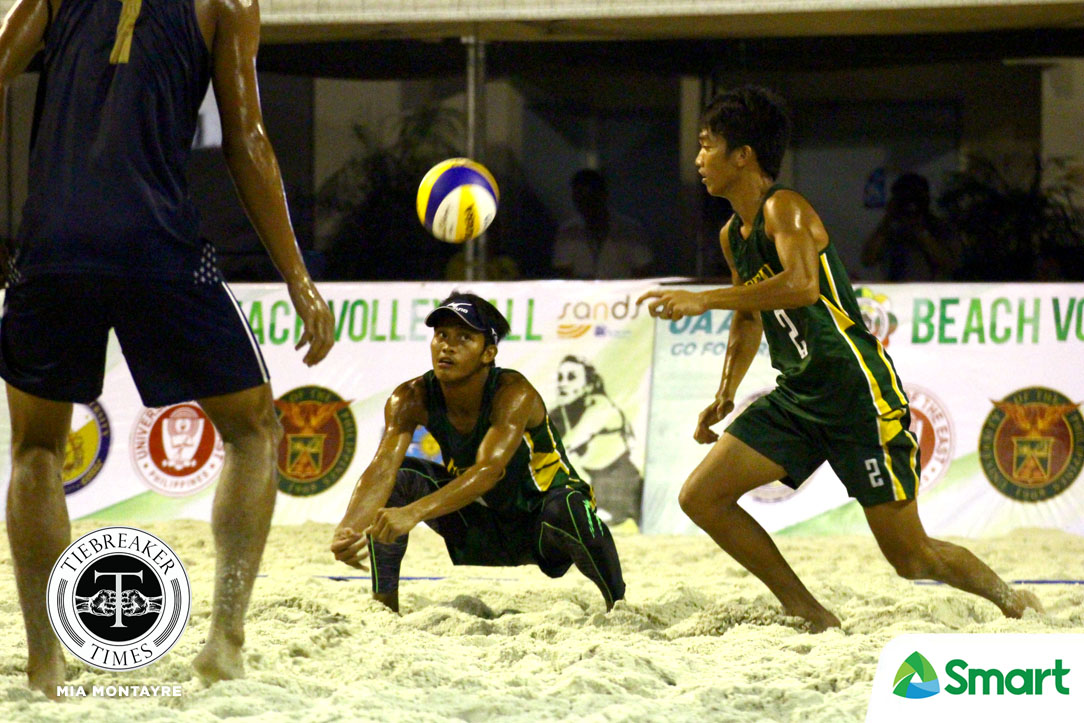 After flailing in the semifinals for the past two seasons, the National University Bulldogs rekindled their lost glory after breaking into the UAAP Season 80 Finals via an elimination round sweep at the Sands SM by the Bay.

Bryan Bagunas and James Natividad completed their 7-0 record after squashing the University of the Philippines’ Wendel Miguel and Niccolo Consuelo, 21-9, 21-13.

The Bulldogs last made the Finals in Season 77, when Edwin Tolentino and Henry Tipay completed a three-peat.

Bagunas refuses to say their year-long preparation has paid off until they bring home the title.

The Tigers secured the second seed in the stepladder Final Four and twice-to-beat advantage.

The Tamaraws quickly set up a rematch against the Tigers after sweeping the Ateneo de Manila University’s Marck Espejo and Karl Baysa, 21-15, 21-16, in the first phase of the Final Four.

UST and FEU meet again tomorrow at 3:45 p.m. If UST win, the Finals commence later in the day. An FEU win, however, moves the Finals to Saturday, as both teams will collide again in a do-or-die matchup.