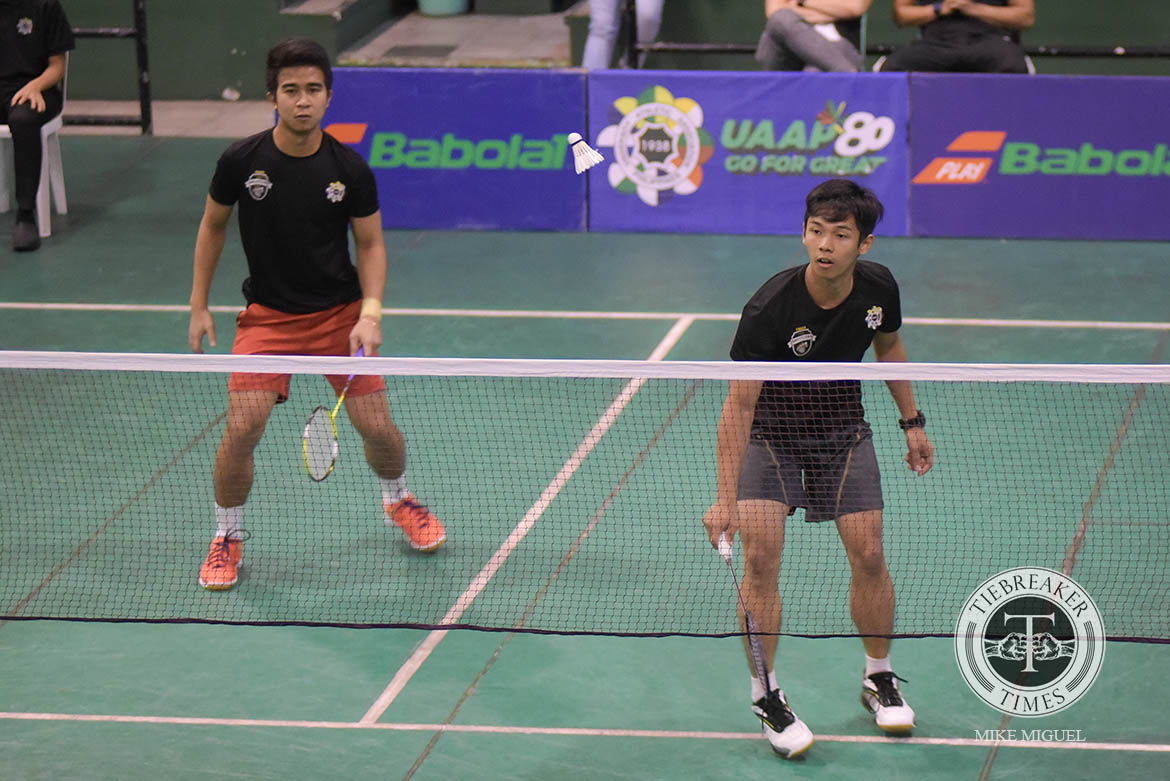 After a dismal 1-3 win-loss record to start the season, the University of Santo Tomas Tiger Shuttlers needed to regroup.

And that one-day break did its wonders.

Team captain Paolo Barrios noted one thing that the Tigers needed to overcome — getting intimidated by the opponents. However, against Ateneo, none of such thing was perceived.

Joed Reyes started the day for UST after taking down fellow long-time standout Carlo Remo. After absorbing a tough 19-21 loss in the first game, the Thomasian senior romped the next two at 21-14, 21-19.

Cris Sanchez increased the advantage for the Tigers after making short work of Clarence Filart. The third-year player glided through the match, getting the 2-0 lead for his team at 21-11, 21-17.

Remo and last year’s top rookie Keoni Asuncion bagged the first set for Ateneo in the first doubles match at 23-21. Nonetheless, it was the seniors Reyes and Mark Sotea who took the match at 21-16, 21-19.

The win just forced a triple tie at 3-3, and with the succeeding results even sent the Thomasians into the Final Four outright.

After forcing a three-way tie in third place, the Tiger Shuttlers clinched the number three seed with superior quotient over the Blue Eagles and the De La Salle University Green Shuttlers.

With that, the Ateneo squad will take on arch-rival La Salle on Saturday, October 7 at 8am, for the number four seed and a place in the Final Four.