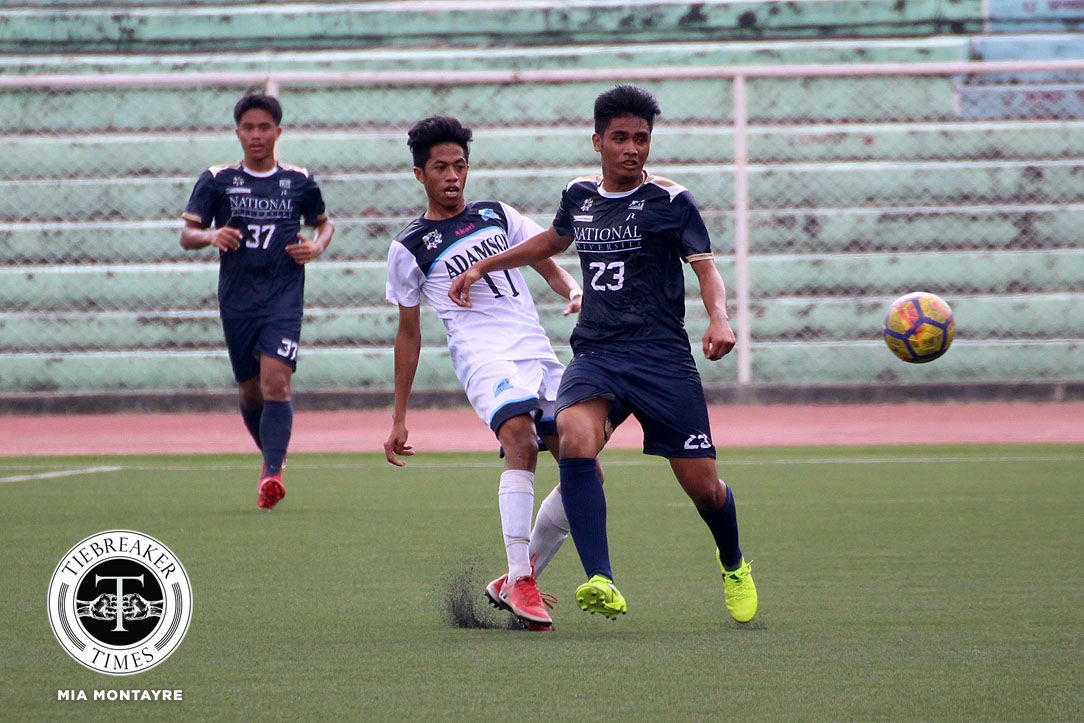 If you don’t take your chances in football, then you don’t deserve to win

That is the hard lesson the De La Salle University Green Archers learned as they were left to succumb to the National University Bulldogs who won 1-0 thanks to Jekar Sullano’s late goal, Saturday night at the Rizal Memorial Stadium in Manila.

NU’s win propels them to 4th place with 10 points in the standings at the end of the UAAP Season 80 Men’s Football Tournament first round while La Salle goes down to fifth place with 9 points.

Only a goal was missing for the Green Archers, particularly Mathew Custodio, in the first half. Most of La Salle’s chances fell to Custodio who forced a good save from NU goalkeeper Chris Perocho and saw two other attempts go narrowly wide.

It was more or less the same in the second half. La Salle was dominated the game as Perocho made two fine saves to deny Cristian Zubiri and Custodio. The Green Archers, though, failed to get that important first goal which in turn allowed the Bulldogs’ confidence to soar.

The Bulldogs were a more dangerous team in the period because of the entry of right-winger Sean Epili. Epili had an instant impact in the contest as he was able to create chances for his teammates.

La Salle’s left center-back Nathan Alcantara was able to hold his own, though, against Epili to help keep the game scoreless. With only five minutes left in the game, the Bulldogs could have taken the lead when Elmer Sampaga’s shot was saved by Green Archers goalie Paeng de Guzman.

It was in the endgame when La Salle was punished for its lack of a killer instinct. Sampaga’s attempt was the warning sign the Green Archers didn’t heed. Deep into stoppage time, NU midfielder Sullano shot past De Guzman to steal all three points for the Bulldogs.