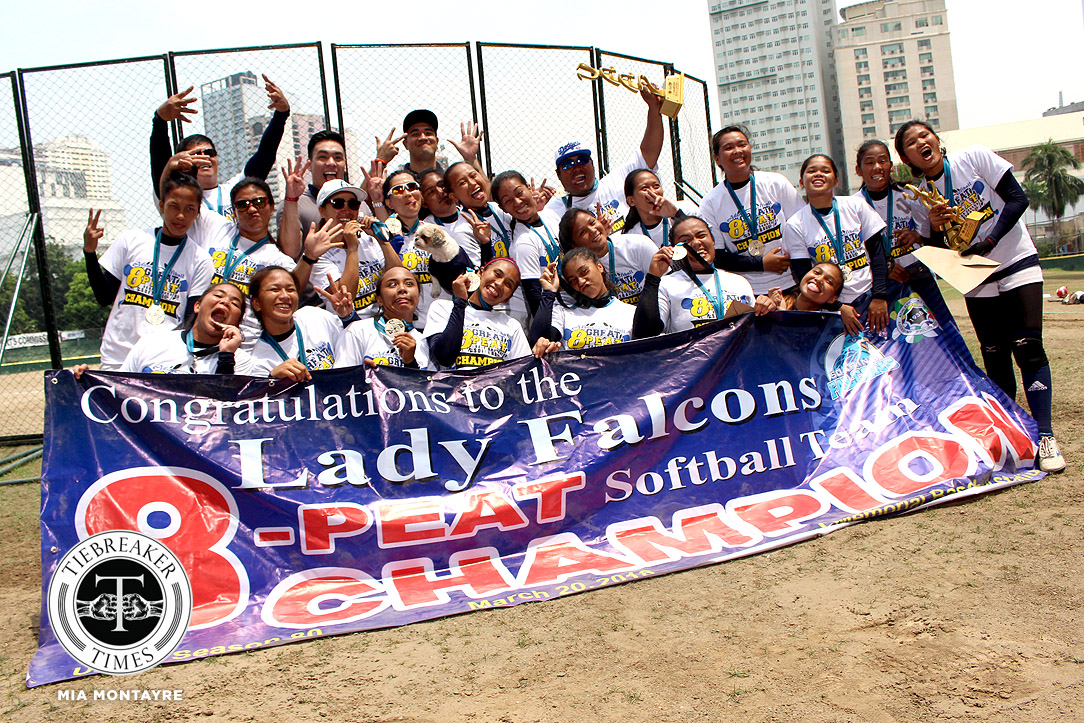 After figuring in their toughest season yet, the Adamson University Lady Falcons saved their best outing for last, taking a dominant 6-0 Game Three win over the University of Santo Tomas Tiger Softbelles in the UAAP Season 80 Softball Finals, Tuesday morning at the Rizal Memorial Baseball Stadium.

Lyca Basa was excellent on the mound for Adamson as she gave up just three hits while fanning five batters in seven no-relief innings.

With Basa doing her job, it was up to the Lady Falcons batters to do their job.

Providing the spark was graduating shortstop Edna Severino. Severino hit a perfect 4-of-4, including a triple during the third inning that led to Adamson’s first run.

Confident that they were able to hit against the country’s top pitcher in Ann Antolihao, the Lady Falcons poured it on during the fifth and sixth inning. The strong Adamson flurry was capped by a 2-RBI single by Severino.

On the other side, Antolihao, who is credited for four of the six losses of Adamson in the last eight years, ended her years of service to UST. She is joined by centerfielder CJ Roa and rightfielder Shiela Perales.

This is Adamson’s 17th softball tiara — four shy of the record of the Morayta Lady Green Sox.