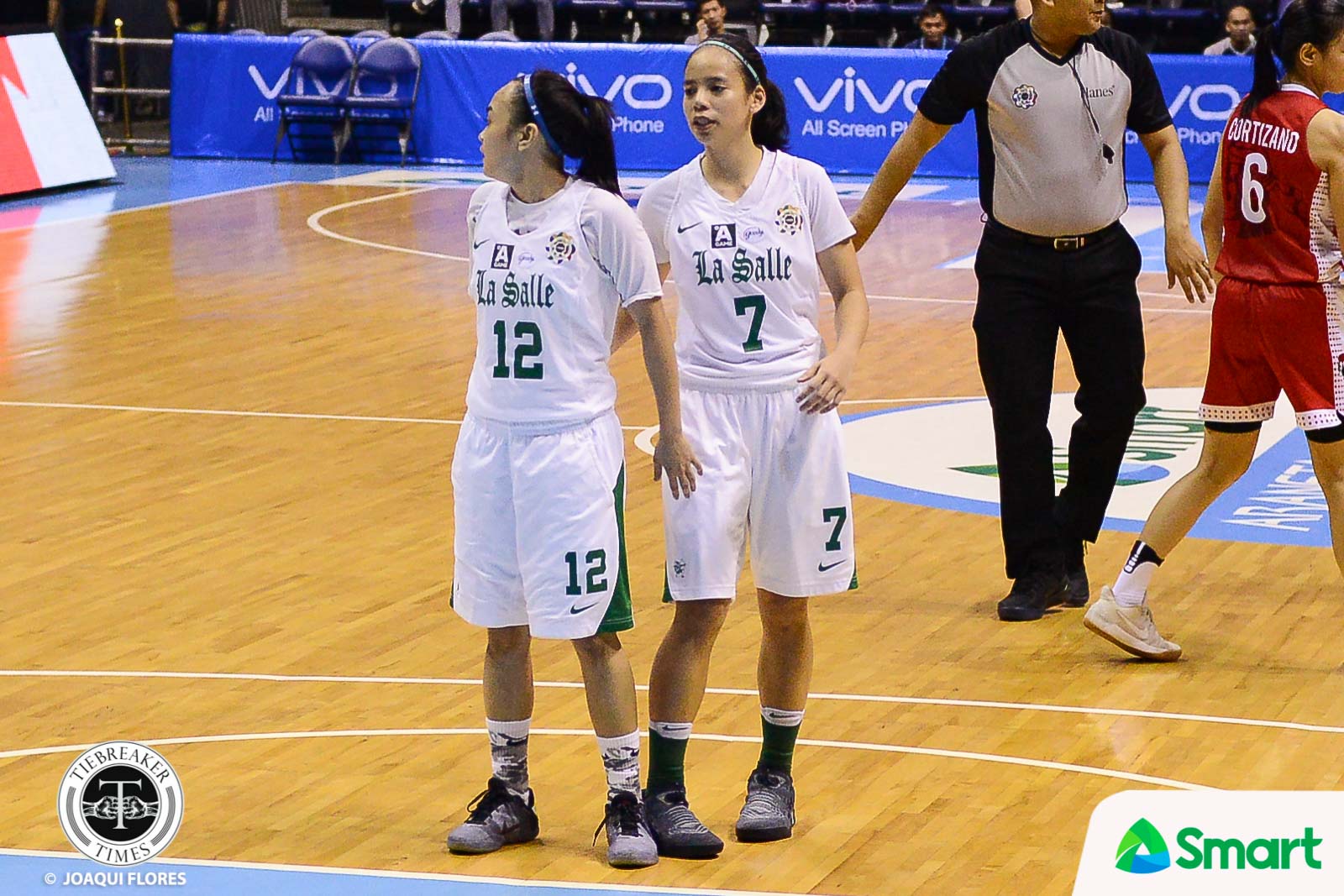 In a battle of two also-ran squads hungry to send their seniors off on a winning note, the De La Salle University Lady Archers were able to storm back and eventually escape the University of the Philippines Lady Maroons, 75-72, Saturday morning at the SMART-Araneta Coliseum in Quezon City.

“It’s important for us to end this season on a high note. Sending our seniors [off] with a win is a good thing especially for our rookies and sophomores,” said Lady Archers head coach Cholo Villanueva, who missed the Final Four for the first time in three years.

The Lady Archers finished the season with a 3-11 record. But their card does not reflect how injury-ridden the squad was, as last season’s runners-up did not have Camille Claro, Benette Revillosa, and Susan Al-Mohamed for the entire season. Moreover, the injuries kept piling up for La Salle as the season progressed.

“Most of our games, we lost by less than four or five points. Going through the adversity, it’s a good experience gained for our young players. We learned a lot from this season. The way we executed both on offense and defense is a good way for us to build on for next season,” Villanueva added.

Needing to send Marga Dagdagan and Chai Vergara home with a win, the Lady Archers dug deep against the upset-seeking Lady Maroons.

Down by as much as nine points in the third frame, the Lady Archers were able to knot things up at 58-all with 7:26 remaining in the game. Charmaine Torres and lead gunner Khate Castillo then linked up in a 14-6 run to gain a 72-64 lead 2:07 left.

But UP rallied back with Marian Domingo and Iriss Isip cutting the lead to just five. However, pressure go the best of UP, committing numerous unforced turnovers to continue their slide that has reached 16 games.

Castillo ended her stellar campaign with 29 points, going 12-for-25 from the field. Kath Nunez added 15 markers off the bench.

“Gaining a lot of experience, this will be important when they enter the real world,” the La Salle lifer added.

Therese Medina led UP with 16 points on 7-for-10 shooting while hauling down 12 rebounds.

Iriss Isip and Delane Lapid played their final game for UP, with the former scoring 13 markers.