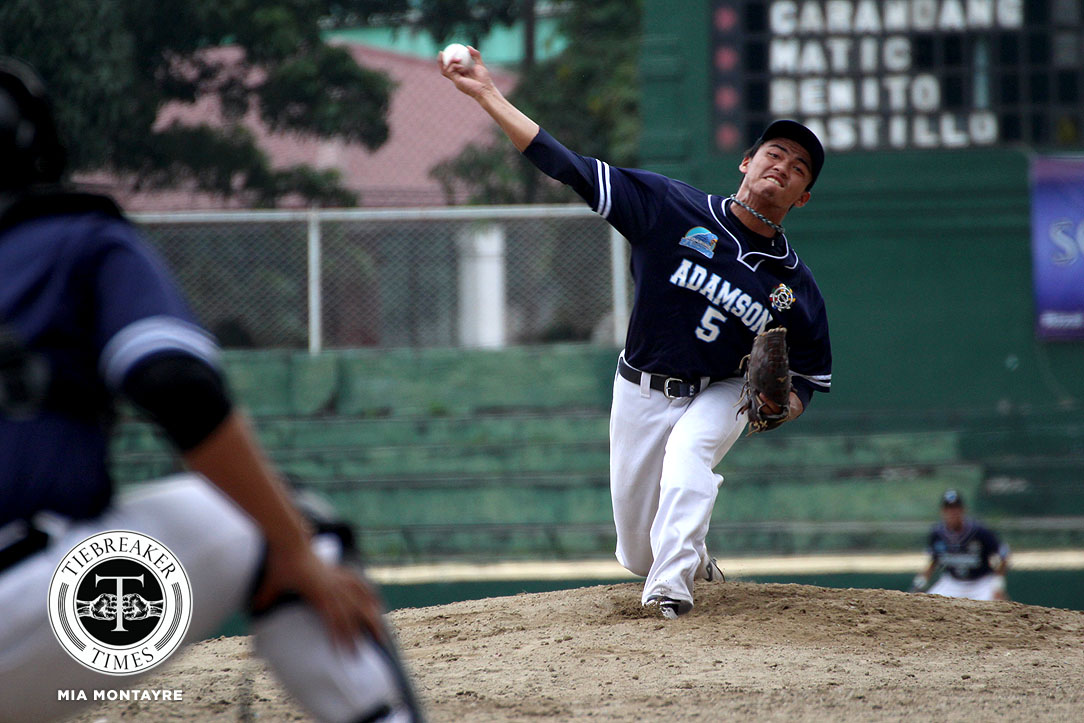 After a lackadaisical 2-0 loss to UST just seven days ago, the Adamson University Soaring Falcons were able to get back at the Golden Sox in their first outing of the second round, escaping with a 7-6 victory, Wednesday morning at the Rizal Memorial Baseball Stadium in Manila.

With the win, Adamson leapfrogged UST in the standings with a 4-2 record for a share of second. UST, on the other hand, dropped to fourth with an even 3-3 slate.

Needing a strong start, Adamson connected against the main protagonist of their last encounter Ron dela Cruz during the first two innings.

A Gerald Riparip single in the first inning opened the game that brought home Erwin Bosito. With Yenson on base later on, senior Kyle Villafana slammed his first home run of the season to push Adamson to an early 3-0 lead.

The Adamson lead would baloon to as high as 7-1 after punching in three more runs during the fifth inning, mostly due to UST’s errors.

The Golden Sox, last season’s runners-up, started clicking towards the end of the game.

A Noriel Valencia double ignited UST in the eighth inning that saw three runs drove in for UST.

Feeling fatigued in pinching the entire contest, Yenson and the Adamson fielders were ale to hold UST to just one run in the final inning even if the Golden Sox had loaded the bases.

#ReadMore  What will be the status of 'overseas pros' in Gilas?

Adamson will next face the UP Fighting Maroons on Sunday, February 25. UST takes on the DLSU Green Batters in a pivotal contest on the same day.