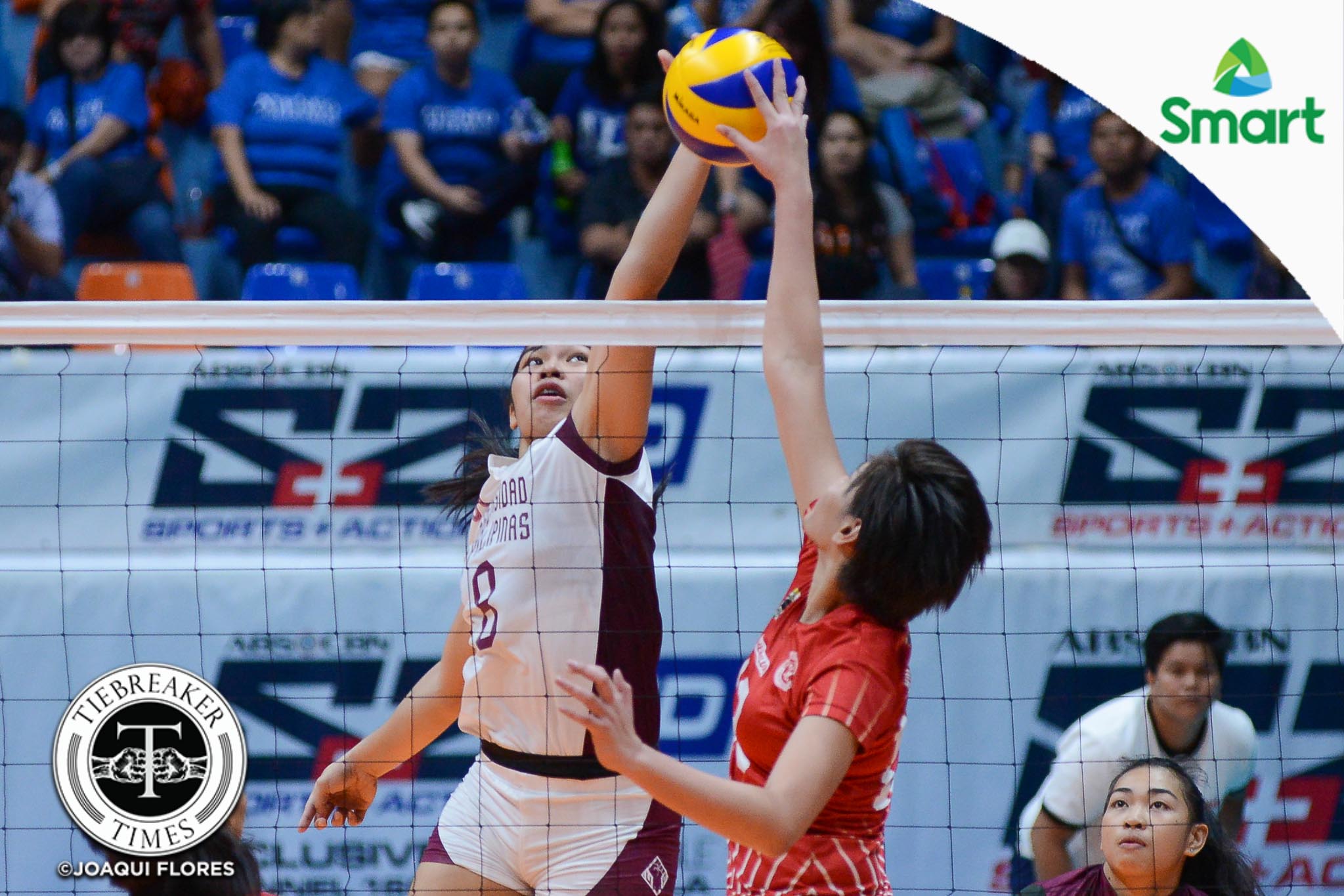 The Lady Maroons started the season by winning four straight matches, before slipping to an alarming skid that had them lose to the Far Eastern University, National University, and twice to the Ateneo de Manila University.

UP got reprieve with a win against the perennial stragglers UE. The Lady Warriors struggled to pass UP’s serves, resulting in 14 Lady Maroon aces.

Like in their past matches, UE kept the early goings of each set close, but faltered midway through. After taking the second frame, UE kept pace and tied the next two frames at 8. From then, UP used matching 9-0 runs to take a 17-8 lead in both sets and put the match out of doubt.

After playing sparingly during the losing streak, Kathy Bersola powered in 18 points off 15 attacks, two blocks, and an ace. Isa Molde added 16.

READ  Who will be this year's SMART Collegiate Player of the Year?

Lady Maroons’ better execution key to getting back on track, says Estrañero