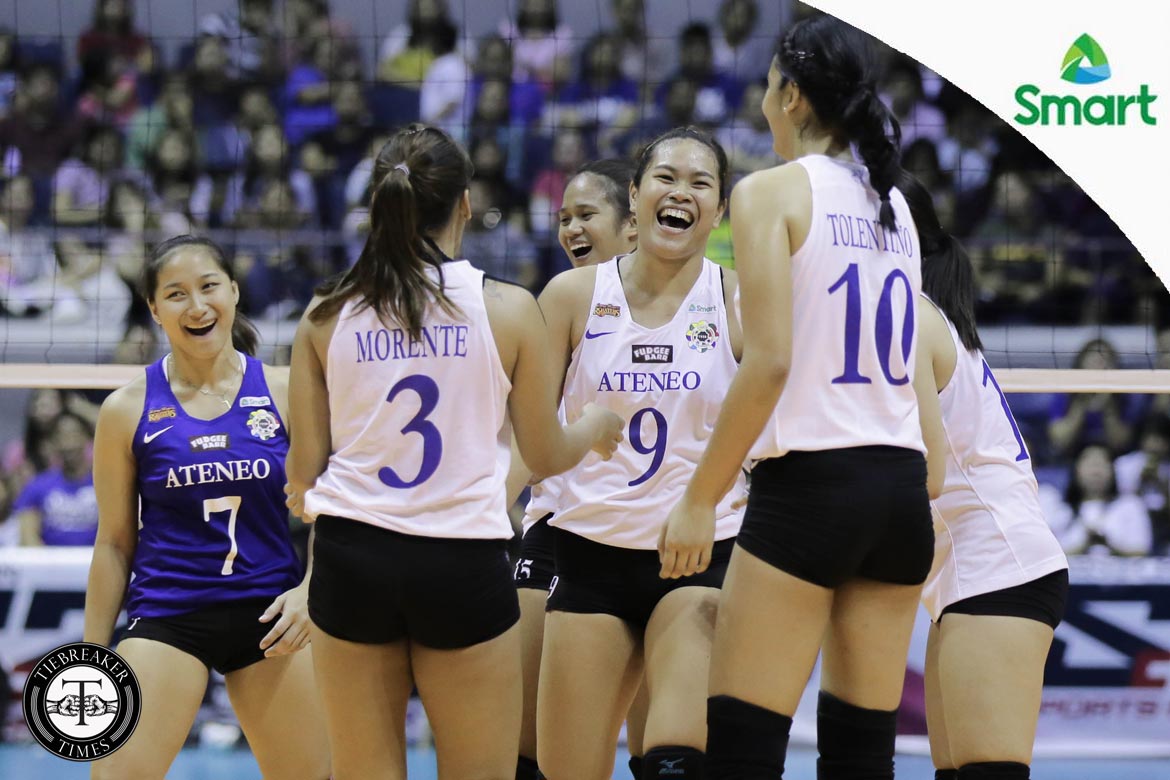 Like a runaway truck on Katipunan Avenue, the Ateneo de Manila University Lady Eagles were unstoppable as they steamrolled the University of the Philippines Lady Maroons for the second time this season, 25-15, 25-14, 25-15, at the SMART-Araneta Coliseum.

There was no “UP Fight!”, only an Ateneo pummeling, as the lady spikers from Loyola dominated every stretch of the match except a few early parts at the start of each set. In every skill, Ateneo lorded it over their Katipunan neighbors.

After scoring just four points in their win against La Salle, Jhoana Maraguinot scorched UP for 17 points off 15-for-23 attacking, while six-foot-two open hitter Kat Tolentino added 10 markers. Ateneo limited their errors to a season-low 14 while out-hitting UP, 44-24.

Ateneo remain atop the standings with a 7-1 record. They next face the University of Santo Tomas Tigresses (5-3) on Wednesday at the FilOil Flying V Centre.

UP fall for the fourth straight time after winning their first four matches. They slip to fifth and take on the University of the East Lady Warriors also on Wednesday.

Dazzling Morado puts on show against UP