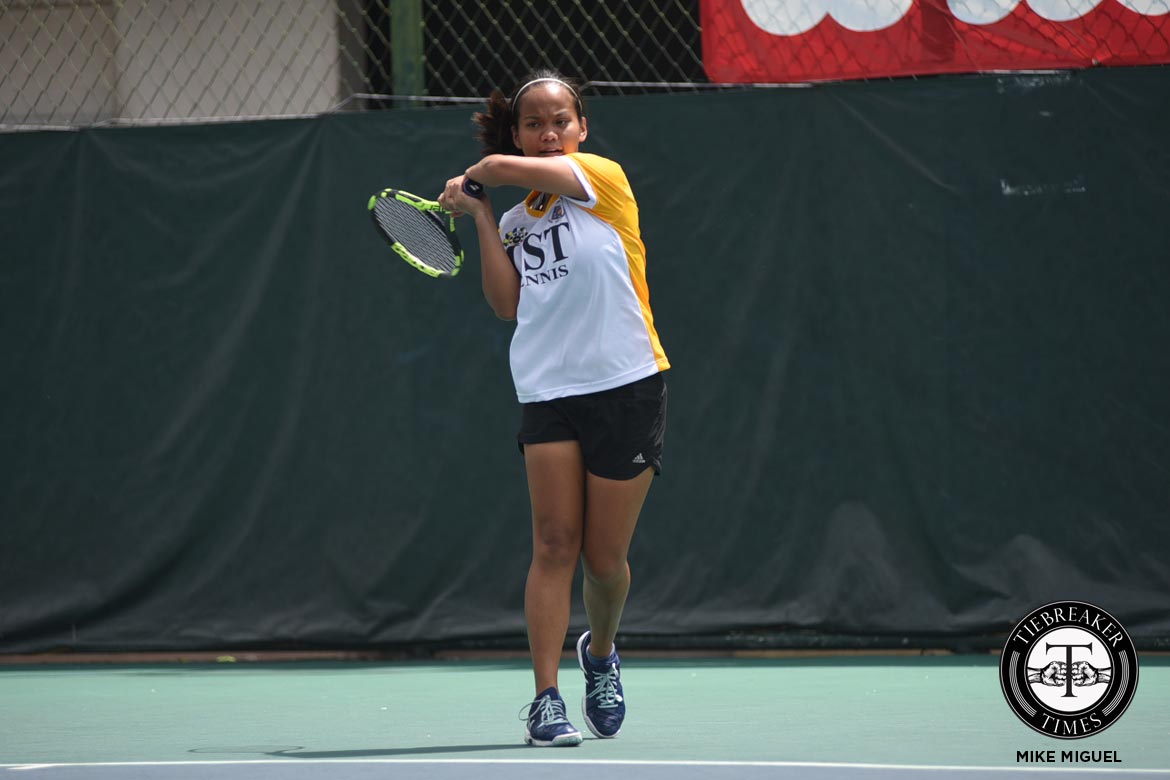 The lady tennisters from España summoned their big game experience to avert the upset axe from the nearby school.

The ladies in white and green were on the cusp of a maiden victory after taking the 2-1 advantage in the tie.

Chang Atangan stunned Kendies Malinis in the opening singles match at 7-6, 6-3. Then Rachelle De Guzman stamped her class over Erika Manduriao, 6-2, 6-4, to take the 2-1 lead.

Fortunately, UST still had an experienced doubles pair and their strongest singles player on deck.

Precian Rivera and the pair of April Santos and Genevieve Caorte delivered when it mattered. The three had to overcome the challenge of their corresponding opponents but, nonetheless, finished the matches in their favor.

Rivera closed out Jenni Dizon, 6-3, 3-6, 6-3, in the third singles match. Afterwards, Santos and Caorte then outlasted Jed Aquino and Princess Castillo, 7-6, 2-6, 6-4, to wrap up the turnaround and the fifth win of the season.

Since it is the second round, the mentor added that the team must continue doing well. He admitted that taking on the University of the Philippines Lady Maroons (2-2) on Sunday at 12pm will not be an easy task.