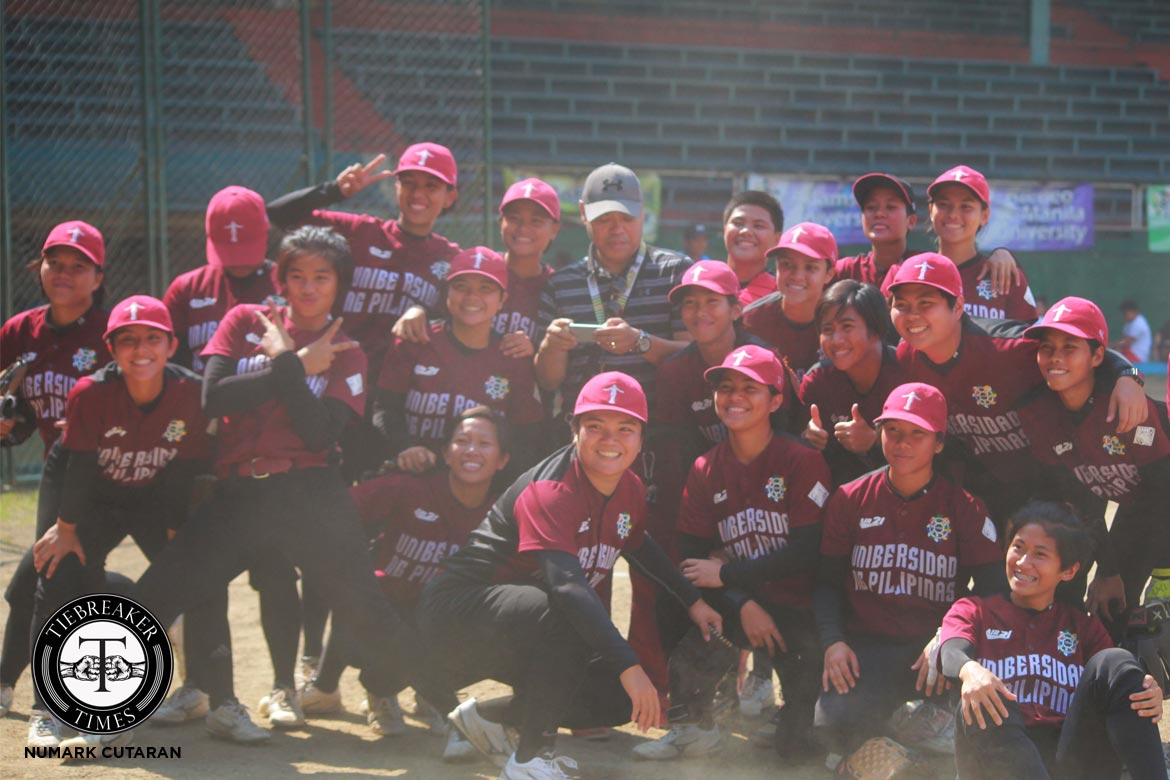 After trying to find luck all throughout the season, the UP Lady Maroons were finally able to find it

With almost everyone counting them out and tallying just two wins with four games remaining in their calendars, the University of the Philippines Lady Maroons’ playoff hopes were bleak. But with their backs against the wall, they were able to dig deep, rallying back against the injury-plagued National University Lady Bulldogs in a 5-3 win, Monday afternoon at the Rizal Memorial Baseball Stadium.

“The biggest adjustment we made was to reiterate our goals. We were losing and we were fighting so we forgot our initial goal which was to work together,” reflected team captain Gelai Penales. “We talked it out and realize the bigger role. What we did [before] didn’t really help.”

The win gave the Lady Maroons the chance to compete for the last Final Four spot as they tied the DLSU Lady Batters in the standings with a 5-7 slate — losing their postponed game against the Lady Bulldogs, 7-0 abb. 5th, later in the afternoon. The game will be played on Thursday, March 9 at 9:00am.

The second-running Lady Bulldogs, a team that is plagued with five injured lady batters — including senior Ghene Nietes, who injured her right hamstring during the sixth inning, will hold a twice-to-beat advantage when they face the UST Tiger Softbelles on Saturday, March 11.

Though bruised and battered, the Lady Bulldogs were able to punch in the first run of the game after Charleslyn Tulalian brought home Nietes, who knocked off a double to reach base, during the third inning.

The Lady Maroons were able to answer back in the fifth inning. With the bases loaded, Rina Vailoces walked Clarisse dela Cruz to bring home Maki Cabriana to knot the game. The lady batters though retook the lead at the bottom end of the inning after Nietes scored her second run of the game due to a fielders choice.

Chantal Bongat though and the rest of the Lady Maroons remained defiant as they were able to score three runs in the next inning to gain the lead for good. An error by NU gave Bongat base and was brought home by Cabriana. NU’s errors led to runs for Juliet Omul and Jhenn Alinsod to seal the win.

Ella Martinez pitched the entire game anew and allowed just one hit in the game. And pitching an entire game was something that the 19 year old never thought she would do to start the season.

“It’s funny kasi parang nung nagka-fight, we thought that Ella didn’t want to pitch. We told her na you should set your goal na ikaw ang magpi-pitch for the entire game. Hindi yung first inning pa lang, papalitan ka na. She accepted the challenge and the following game she pitched the whole game, the next game she pitched eight innings,” Penales shared.

“We’re all proud with how she was able to grow in a short amount of time.”

Even if they lost to the Lady Batters in both of their meetings this season, Penales remains confident that they can extend their streak to four and make the playoffs for the third straight season.

READ  Al Panlilio on Andray Blatche: 'I think it's time we move on from him'

“We’re going to have practice. We do batting lang kasi since we don’t have a field. We’re going to keep hitting and try to replicate how La Salle’s pitchers throw,” the 20-year-old shared.