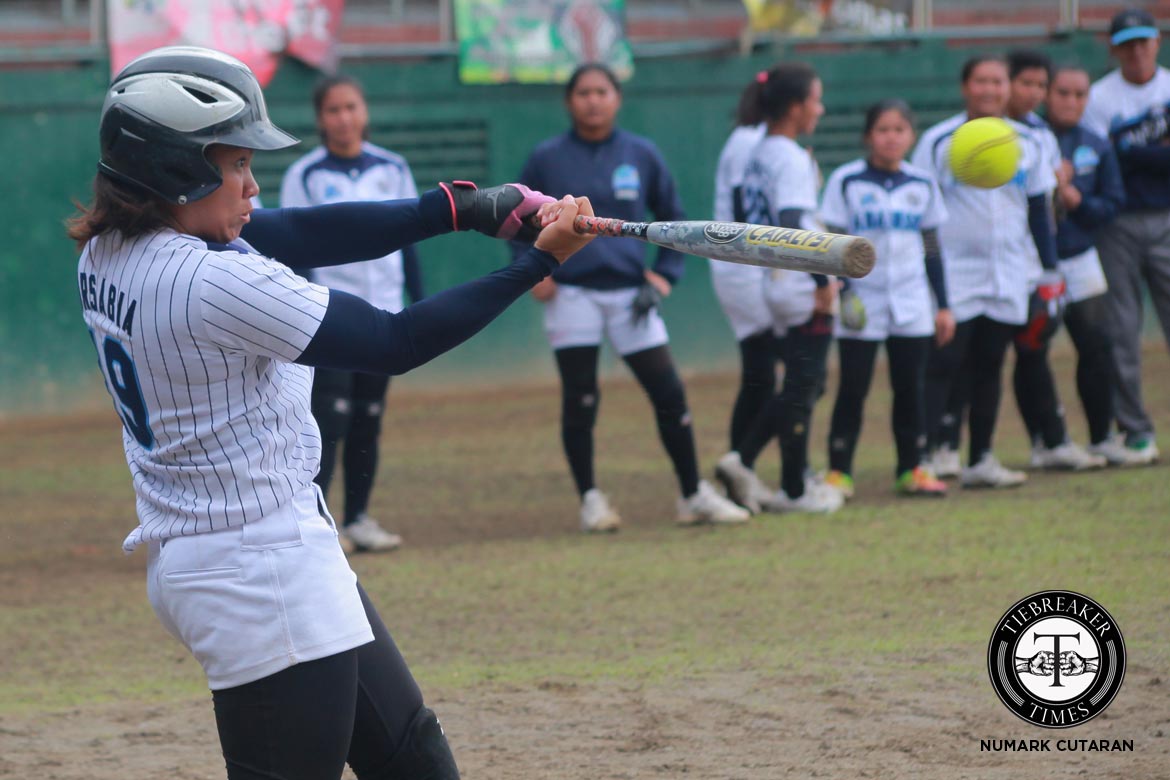 The Adamson University Lady Falcons’ offense, the one thing that coach Ana Santiago has been looking for over the entire season, picked up when they needed it the most. With heavy hitters Riezel Calumbres, Lorna Adorable, Angelie Ursabia, and Florable Pabiana leading the way, the defending champions were able to take Game One from the University of Santo Tomas Tiger Softbelles, 9-2 abbreviated 6th, Tuesday morning at the historic Rizal Memorial Baseball Stadium.

“Sabi ko sa mga bata, ‘walang pressure, there’s nothing new in the Finals. Just do what you’ve been doing in the first two rounds. At isa pa, surprise me,'” Santiago shared.

However, an early error by the Tiger Softbelles at the bottom end of the inning proved to be costly. Calumbres was walked, while a throwing error by shortstop Lea Guevarra gave Adorable base. A huge single by Ursabia knotted the game at 2-all, while a huge triple by Covarrubias later on gave Adamson a 5-2 lead to end the inning.

During the second inning, UST ace Ann Antolihao was clearly hobbling, struggling with her left knee. She was able to push through in the next two innings. However, she caved in during the start of the fifth inning and had to be taken out of the game. The initial diagnosis is that she hyper-extended her left knee and she remains day-to-day.

With UST captain Mallow Garde relieving Antolihao, the onslaught continued in the fourth and fifth innings, highlighted by triples from Adorable and Edna Severino respectively. An RBI single by Pabiana brought home Calumbres in the sixth inning to secure the mercy rule win.

UST had six runners left on base. Garde went 3-for-3 at bat, being the only bright spot for the UST offense.