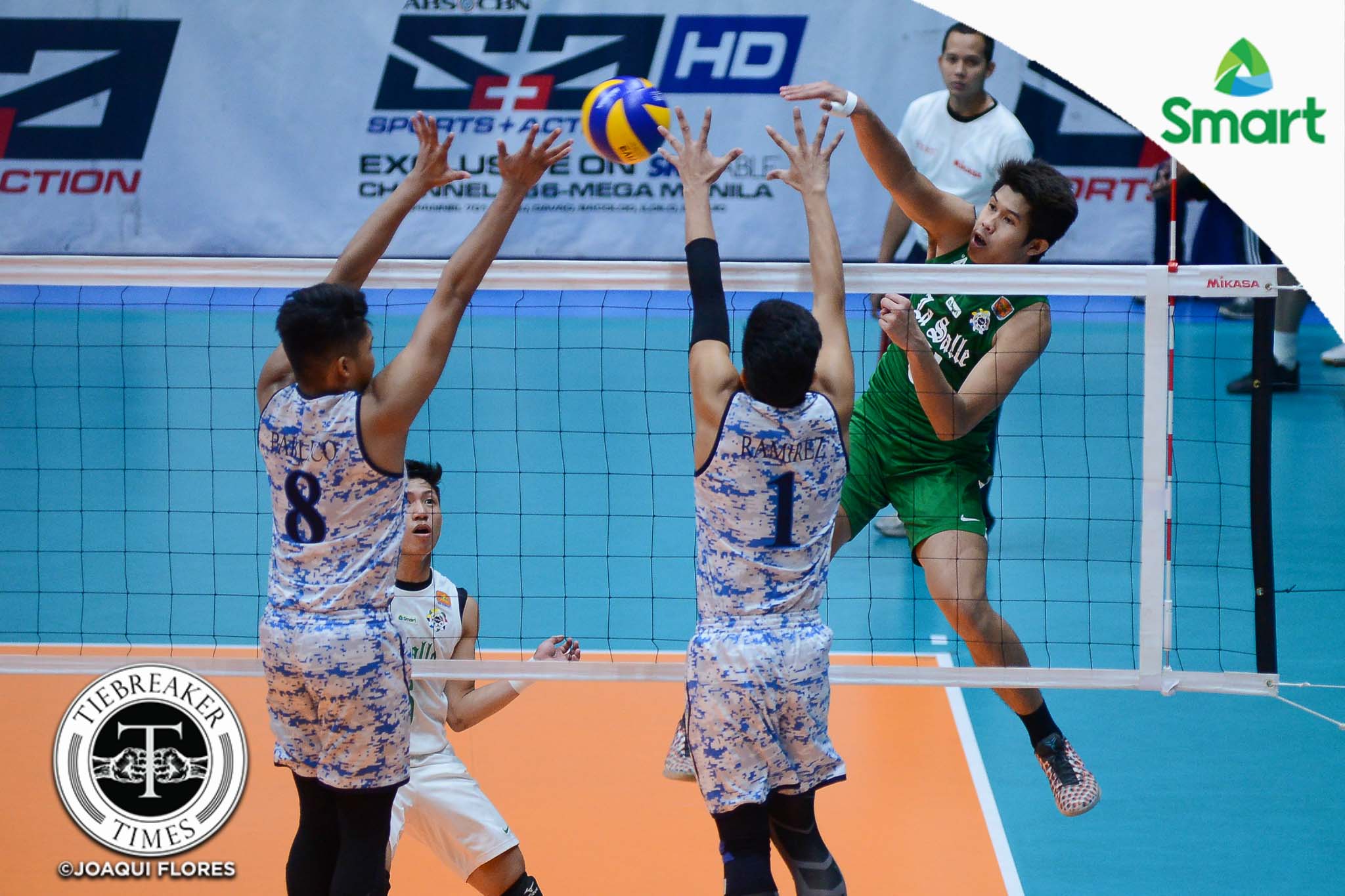 In a game between two teams with contrasting fates, the De La Salle University Green Spikers, a team that is peaking, did not let a tough set loss get in their way, taking a four-set win against the spiraling Adamson University Soaring Falcons, 27-29, 25-22, 25-21, 25-18, Sunday morning at the Filoil Flying V Centre in San Juan City.

With the win, the Green Spikers are now tied at fifth with the University of Santo Tomas Tiger Spikers, tallying identical 4-6 slates. They are now just a game behind the fourth-running University of the Philippines Fighting Maroons. On the other hand, Adamson have dropped their third game in a row and fall to a 2-8 record.

And after tallying their second win in a row, first-year Green Spikers head coach Nes Pamilar believes that his team is slowly buying into his system.

However, there are still times that the team’s losing culture, something that had accumulated over the years, broke through. And it showed during the first set as La Salle dropped a grueling 29-27 loss. “Sabi ko nga sa kanila, ‘masyado kayo nasanay sa pagkatalo.’ Yung losing culture, hindi pa nawawala. Kaya may mga times, makikita mo nag-rerelax sila,” Pamilar admitted.

But behind the troika of Arjay Onia, Cris Dumago, and Geraint Bacon — and with a helping hand from Adamson’s errors — La Salle were able to cruise in the next three sets to secure the win.

READ  Lady Spikers versus Lady Eagles Round One: Survival Kit

Onia finished the game with a game-high 19 markers, 13 coming from kills, four from blocks, and two from aces. Cris Dumago added 18 markers for the Green Spikers.

Raymark Woo has missed his fifth straight game, after sustaining an MCL sprain during their four-set first round loss to the Adamson University last February 22.

JP Yude and Paolo Pablico paced Adamson with 13 markers each. However, Adamson committed 32 errors in the game.

La Salle looks to extend their streak when they face the National University Bulldogs (8-1) on Saturday, March 25, at 8:00am. Adamson, on the other hand, faces the still-unbeaten Ateneo de Manila University Blue Eagles on Wednesday, March 22, at 10:00am. Both games will be played at the Filoil Flying V Centre.