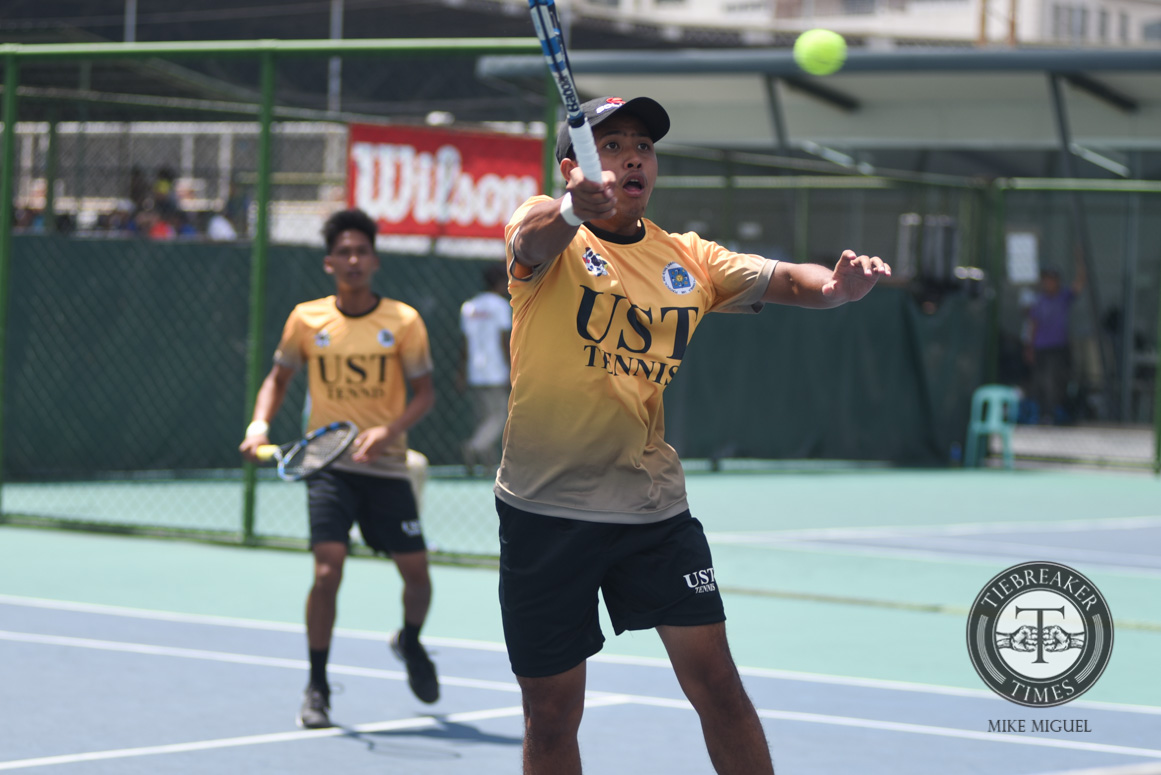 With the race for the second Finals berth still tight, season hosts University of Santo Tomas received a boost.

The Male Tennisters from España sent the University of the Philippines to the latter’s seventh loss, while clinching their fifth win of the tournament, Wednesday at the Rizal Memorial Tennis Center.

UST threatened to clinch the tie early via a sweep in the first three matches after Dave Mosqueda, Christian Lopez, and the duo of JC Cabusas and Bernlou Bering took their respective first sets.

The sophomore Mosqueda dumped rookie Joel Atienza, 6-1, while Lopez stunned Joshua Cano on their battle at 6-3. On the other hand, Cabusas and Bering had to fend off Vincent Alanis and Kyle Joseph on a tiebreak.

Eventually, Lopez turned back the third-year Maroon in the second-set tiebreak to put UST on the scoreboard. The first doubles tandem then followed suit as they dominated their opponents at 6-2 in the following frame.

Freshman Atienza then took advantage of Mosqueda’s frustrations in the match to take one for the Maroons, 6-2, 7-6, in the next two sets.

Nonetheless, after a huge fight back from Mimo Tomacruz and Elijah Arevalo, last year’s top rookie Clarence Cabahug and Warren Lagahit wrapped up the win in three sets, 6-3, 6-7, 6-1.

The Male Tennisters (5-2) will battle pursuers De La Salle University Green Tennisters (4-4) in a crucial tiff on Saturday, March 11 at 11am.

Meanwhile, the Fighting Maroons (1-7) will take on the defending champions National University Bulldogs (3-4) for the last time this season at 2pm of the same day.