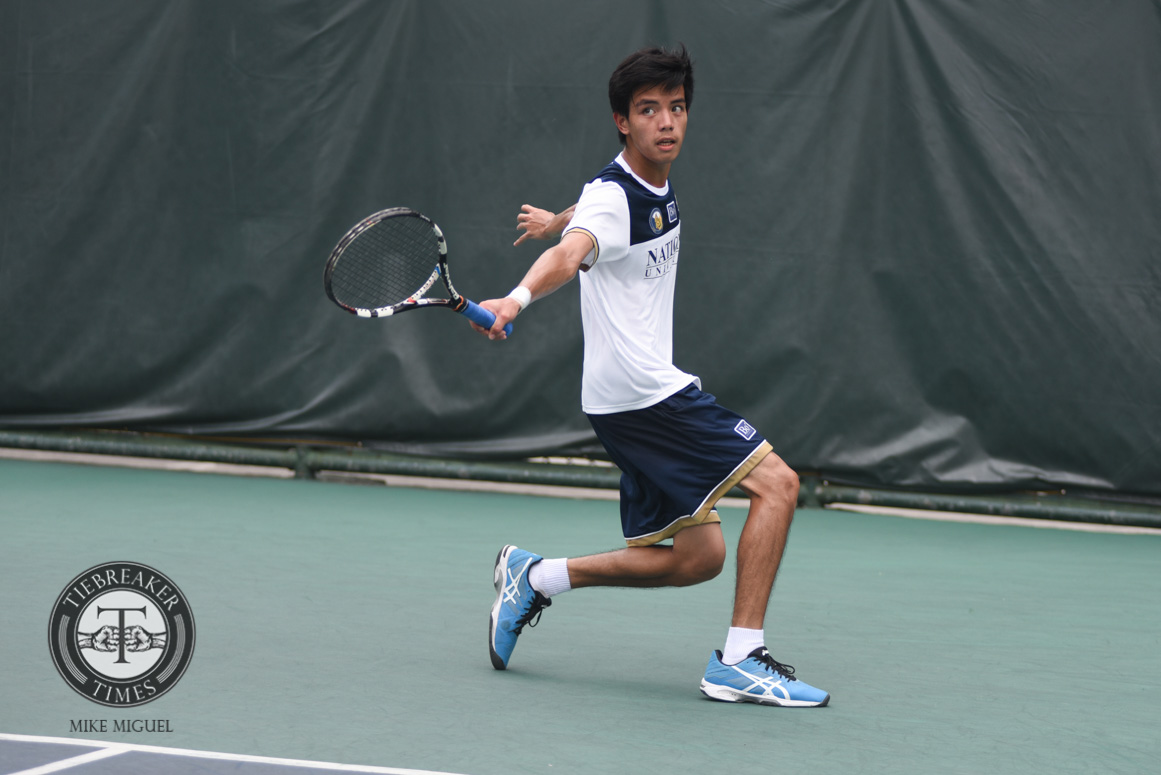 Ever since the men’s tennis program of National University started, they have always won against the University of the Philippines.

The defending champions continued their mastery of their two-time Finals rivals after completing a 4-1 rout, Sunday at the Rizal Memorial Tennis Center.

Such improvement was what Latorre and the rest of the Bulldogs showed in the tie against the Fighting Maroons.

Coach Santamaria was impressed of how Latorre and returning player Arc Dolorito stepped up in their win against Ateneo, and again the two delivered last Sunday.

However, it was doubles pairs of the Bulldogs that sealed their second win.

Kiko Alcantara and Allen Manlangit dominated Auden Paduganan and Elijah Arevalo in straight sets, 6-2, 6-2, in the first doubles match. In the other two-man match, the new partnership of Jigo Peña and Justin Prulla pocketed their first win after shaking off Maroon giants Mimo Tomacruz and Gabriel Guttierez.

The Bulldogs will continue their abandoned tie against the De La Salle University Green Tennisters (1-3) on Wednesday, March 1.

On the other hand the Fighting Maroons (1-3) will try to close out their first round with a win when they battle in their postponed tie against the University of Santo Tomas Male Tennisters (2-2) later that day.