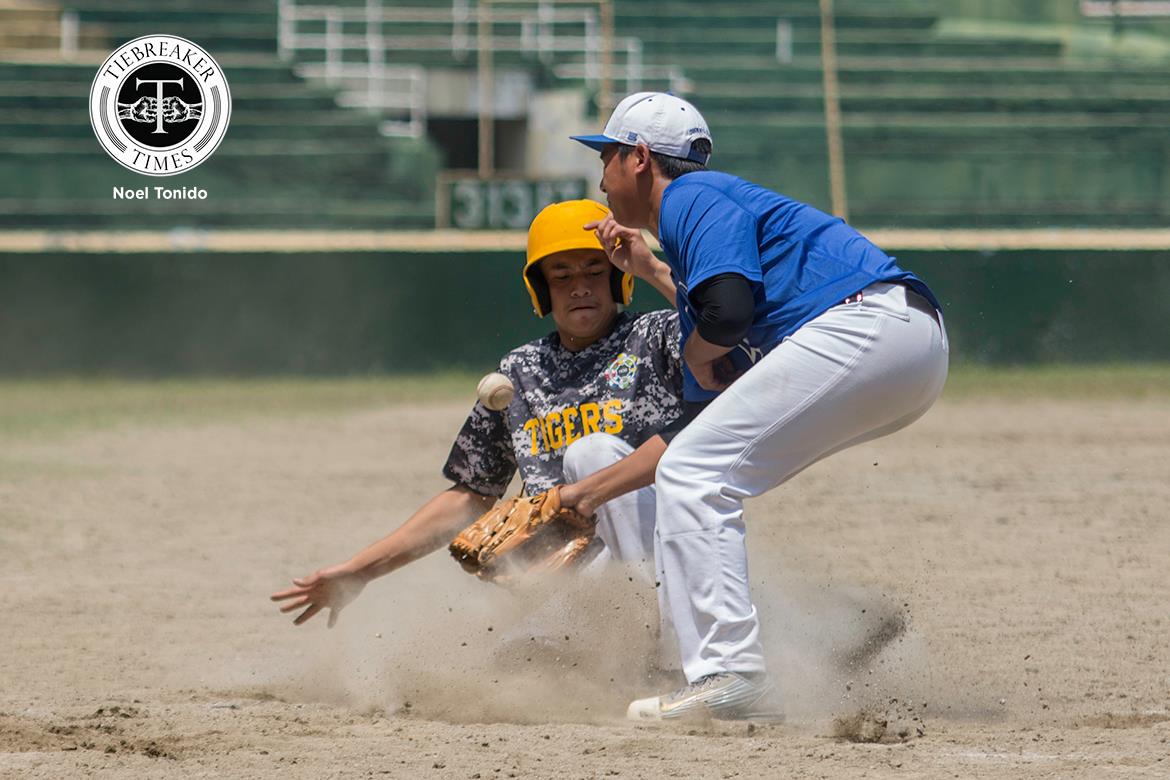 Needing just one win to secure the last Finals spot, the University of Santo Tomas Golden Sox took matters into their own hands, holding an error-marred Ateneo de Manila University Blue Eagles to just four runs and take a 9-4 win to end their six-year odyssey, Sunday afternoon at the Rizal Memorial Baseball Stadium in Manila.

The win effectively dashed the title aspirations of the Adamson Soaring Falcons and the DLSU Green Batters, both of which were in attendance rooting against UST. Moreover, it brought the Golden Sox program, a program that has been suffering for the last five years, back to the last stage of the tournament after six years.

And no one was more prouder than UST head coach Jeffrey Santiago, who steered the team to a championship back in Season 74.

This batch of Golden Sox had to overcome off-field drama and a slow start to the tournament to reach this point. Heading into the season, last season’s MVP and Rookie of the Year Julius Diaz was not part of the line-up while they started the season with a 0-2 slate. The Golden Sox though did not allow these distractions to get in their way as they enter the Finals armed with a seven-game winning streak.

Helping their cause was a huge five-run fourth inning. With the game still scoreless at the end of three innings, the Ateneo coaching staff decided to pull ace pitcher Paulo Macasaet off the mound in favor of sophomore Nacho Lozano. The Golden Sox quickly got comfortable against Lozano as Kirk Daquiz, Marlon Gonzales, Jayrome Kimilat, John Benedict Pedracio, and Ron dela Cruz were able to pick up runs — three coming from Ateneo errors.

The Blue Eagles responded with two runs in the fifth inning, courtesy of Marquis Alindogan and Rapho Balagtas — who replaced senior Radito Banzon after just two innings. UST though punched in three more runs at the bottom of the sixth inning, two coming from errors, that ended all the hopes of the two other contenders in attendance.

Ateneo, on the other hand, utilized their four pitchers in the game.

Noriel Valencia paced UST by going 3-of-4 at bat for two runs and an RBI. Gonzales went 2-of-4, both doubles, for a run as well.

Marco Mallari, on the other hand, went 3-of-4 for Ateneo. Catcher Dino Altomonte had two RBIs and a run.

The win against Ateneo also boosted the morale of the young Golden Sox heading into the best-of-three Finals that is set to begin on Tuesday, March 21 at 12:00nn according to Santiago.

The regular season series between the two teams is knotted at 1-1 with Ateneo winning their first round encounter, 12-2.

The Golden Sox though still have an unfinished business to attend to on Wednesday, March 15. UST and Adamson will have to play their suspended game at 9:00am with the game knotted at 6-all in the 11th inning.