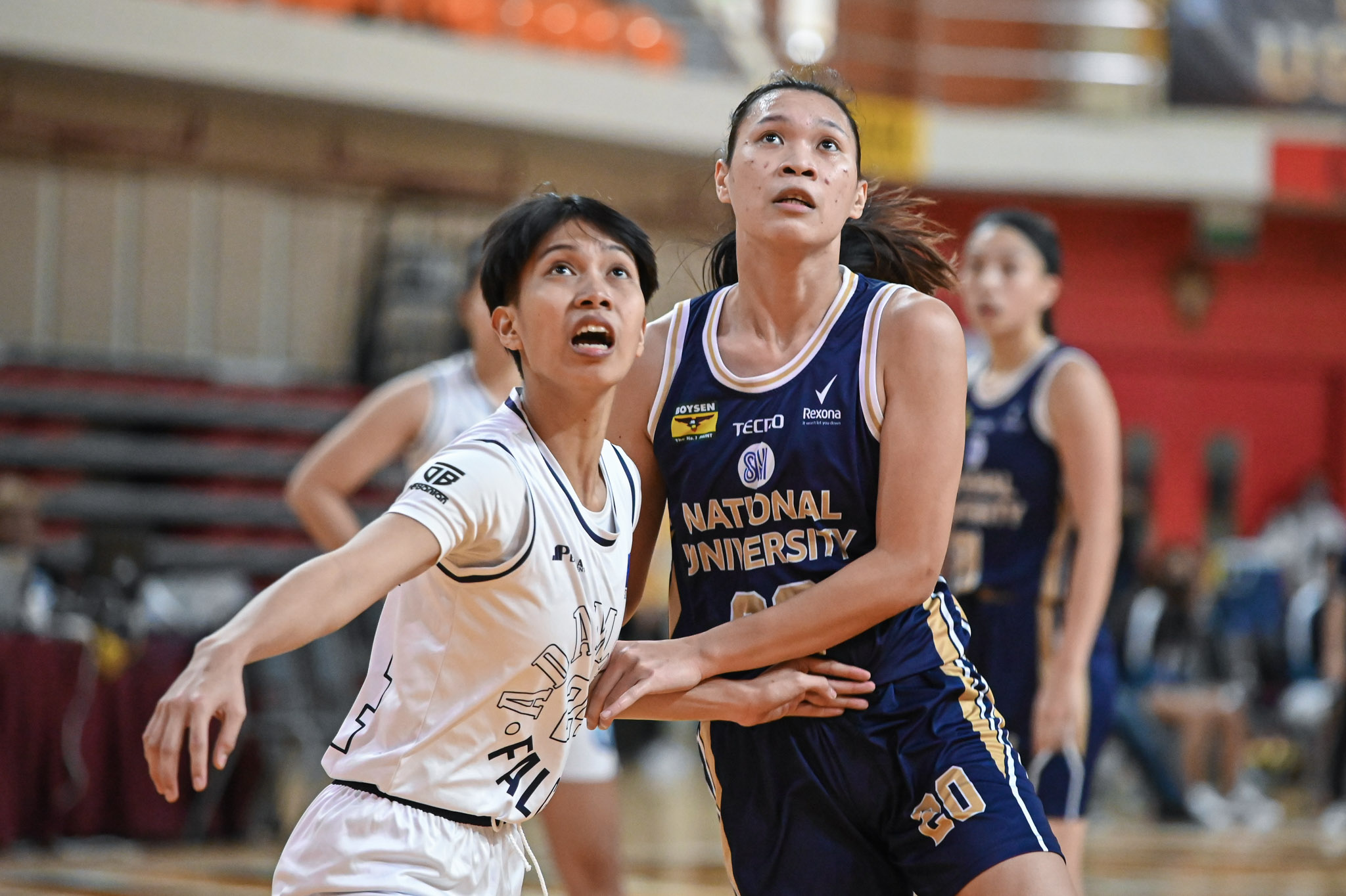 National University bounced back from its first loss in nine years with a 101-55 drubbing of Adamson University in the UAAP Season 85 Women’s Basketball Tournament, Saturday at the UST Quadricentennial Pavilion.

The Lady Bulldogs finished in first place at the end of the elimination round with a 13-1 record.

They head to the Final Four against Ateneo de Manila University equipped with a twice-to-beat advantage.

Still reeling from its upset loss to De La Salle University last Wednesday, NU vented its frustrations towards Adamson. The Lady Bulldogs led as much as 79-31 off two free throws from Karl Pingol with 2:44 left in the third quarter.

Pingol led NU with 12 points along with eight rebounds and two assists. Tin Cayabyab followed suit with 11 points, four rebounds, and one assist.

Every Lady Bulldog fielded scored in the contest.

The defending champions relied on their inside game as they produced 54 points in the paint compared to the Lady Falcons’ 34. NU also went 10-of-25 from the three-point line versus Adamson’s 1-of-10.

“We will prepare against Ateneo. We will review some games they had and our games with them,” added Dimaunahan.

“It will be an interesting match-up with their two big guys [Kacey Dela Rosa and Sarah Makanjuola], and Kacey Dela Rosa plus their guards (Jhazmin) Joson and (Junize) Calago. Not to leave on the table si (LJ) Miranda,” he continued.

On the other hand, Adamson saw its two-game winning streak snapped and will end its campaign with a 5-9 record at sixth place.

Leslie For had 10 assists along with six rebounds, four points, and three steals for the Lady Falcons.