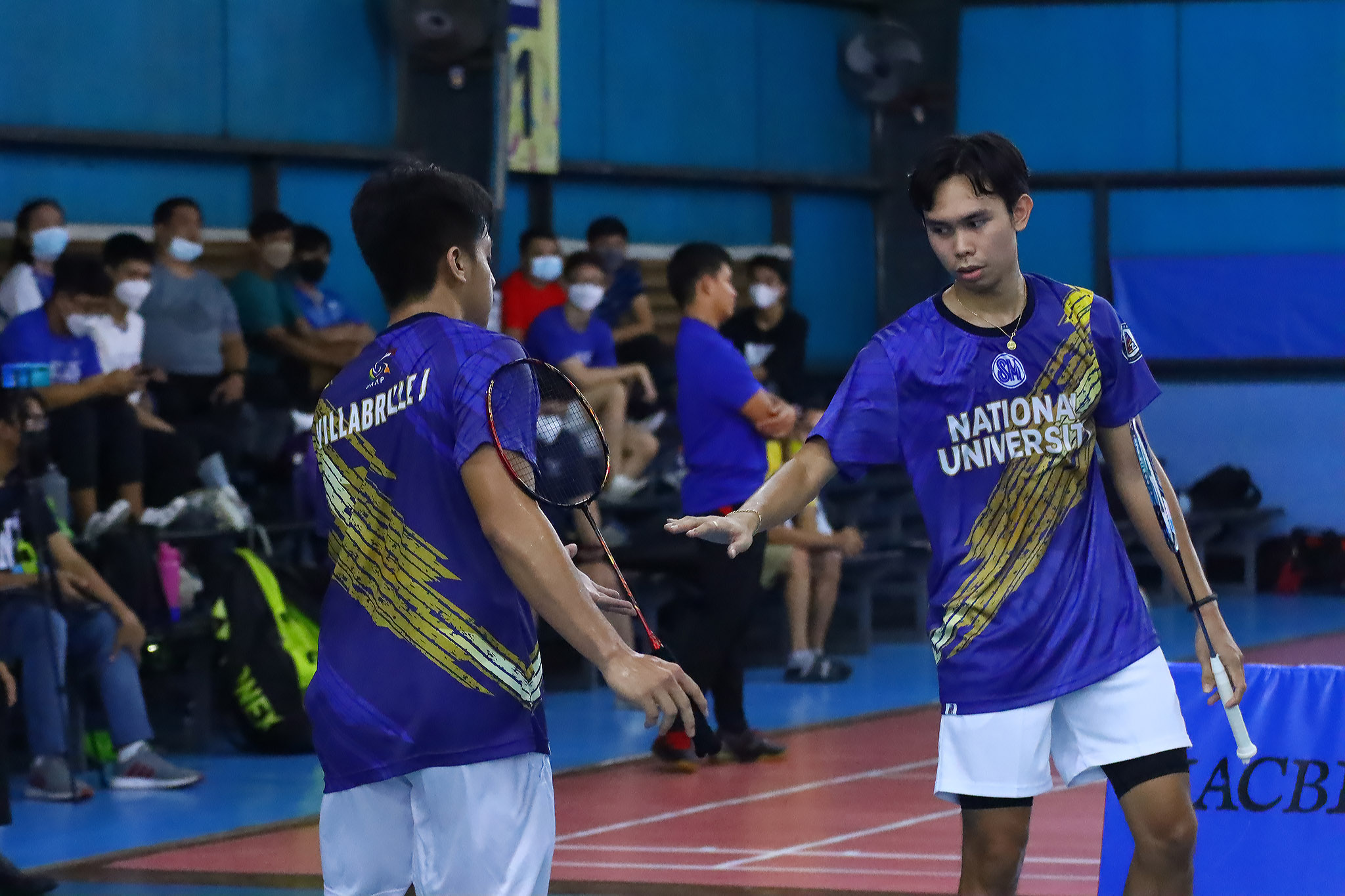 National University finished the qualifying round of the UAAP Season 85 men’s badminton tournament unscathed in five ties after fashioning out a 5-0 sweep of Finals rival Ateneo de Manila University, Saturday at the Centro Atletico Badminton Center in Cubao, Quezon City.

The Blue Eagles decided to rest its main guns Arthur Salvado, Lyrden Laborte, and Bryan Bernardo, while the Bulldogs still opted to use its main lineup.

With the tie secured, the two then teamed up for the second doubles victory over Charles Bagasbas and Vanzuela, 21-14, 21-17, before Padiz Jr. completed the sweep against Miguel Busuego, 21-11, 21-13, in the final singles rubber.

The Bulldogs and the Blue Eagles will duel for the championship on Sunday at 8 a.m.

On the other hand, University of the Philippines snapped its two-tie slide after a 3-2 victory against University of Santo Tomas in a prelude to their third-place playoff.

Kervin Llanes made amends on his first singles defeat, partnering with Charles Alcarpio for the second doubles win over Lanz Ramirez and Ron Sarmiento, 21-17, 22-20.

The Tiger Shuttlers took the upper hand with Sean Dela Cruz over Llanes, 21-19, 23-21, but Jelo Albo leveled the tie with a comprehensive work of Lennox Cuilao, 21-18, 21-12. Albo and Jason Vanzuela then put the Fighting Maroons in the driver’s seat with a 21-12, 21-16 win in the first doubles over the erstwhile unbeaten pair of Janzen Panisales and RJ Galve.

UP, though, might miss Alcarpio in the third-place playoff as he suffered a left Achilles tendon injury in the third singles match.

The other tie saw De La Salle University ending its season with a win against Adamson University, 5-0, with Eljee Gavile and Yuan Tan taking the victory in the first doubles match, 21-16, 22-20.

The Fighting Maroons and the Tiger Shuttlers will battle for the bronze at the same time.