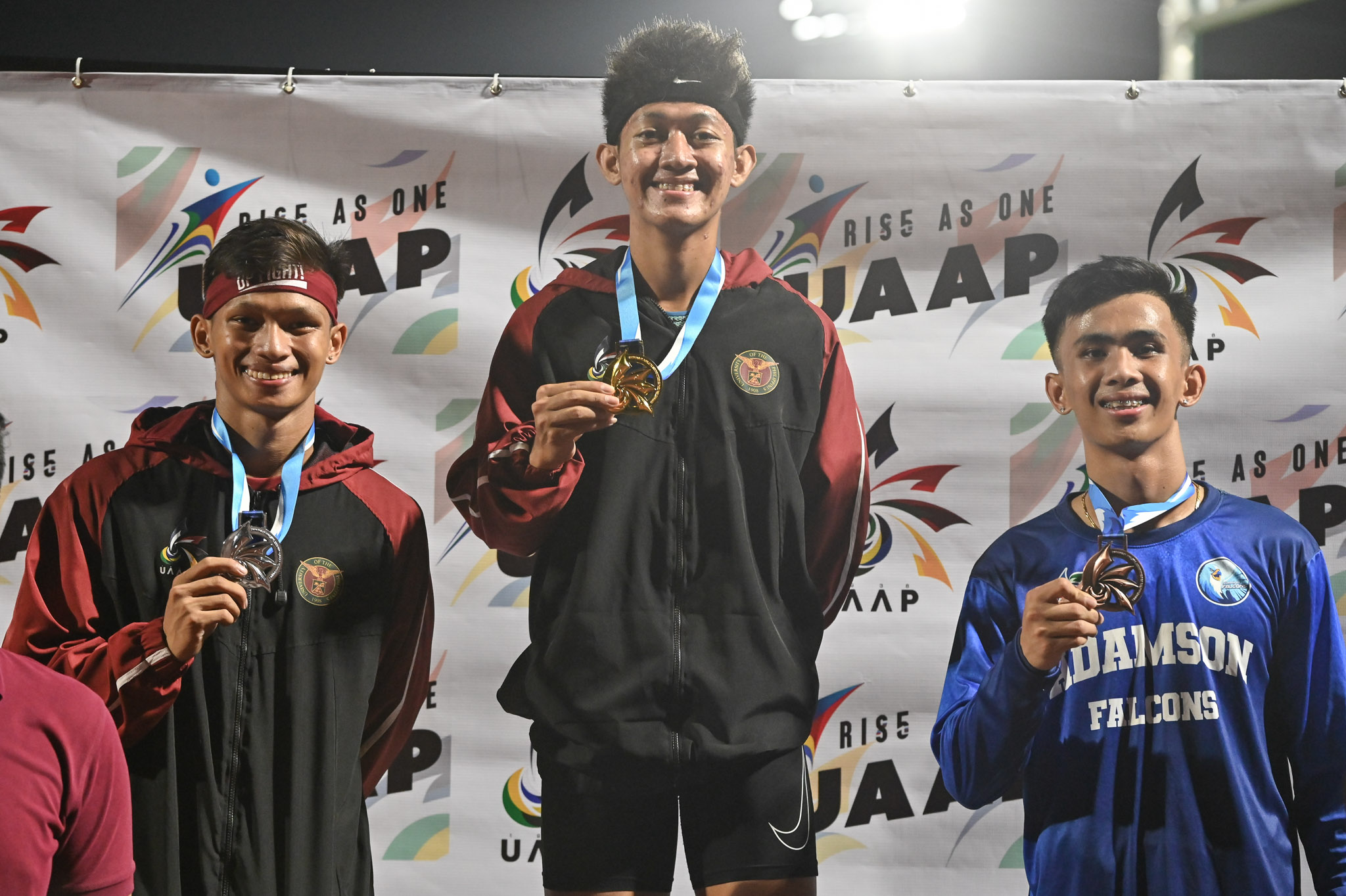 Reigning champion University of the Philippines found itself on top of the UAAP Season 85 Collegiate Men’s Athletics Championships, taking a 64-60 close lead over National University at the close of Day 1, Thursday at the Philsports Oval in Pasig, City.

On the women’s side, De La Salle University flexed its might over the field to separate early from the pack.

The Fighting Maroons dominated the track events of the day — 100 meters and 800 meters — to hold on to a lead over the Bulldogs on the men’s side.

Rookies Rhyan Labita and Clint Neri finished at 1-2 to take the gold and silver for UP in the 100 meters with 10.99 and 11.04 seconds, respectively. Edwin Giron then bagged his second straight UAAP 800m title with 1:53.56 to fend off Adamson University’s Edgar Carado and NU’s Erwin Mancao. 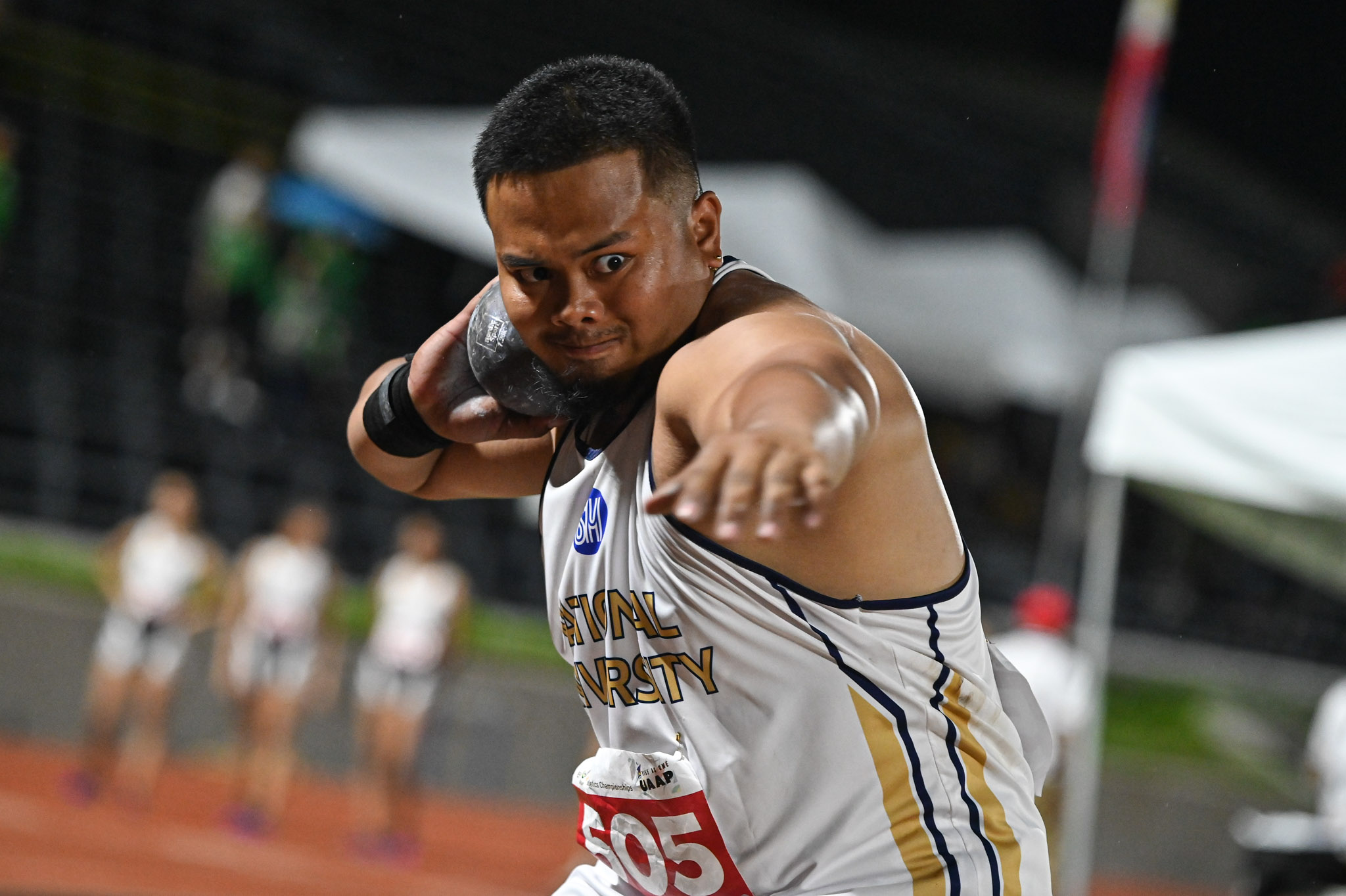 NU came close to taking the lead with a rousing showing at the shot put with Tyrone Flores leading the way with a record-breaking heave of 14.14, smashing his own record of 14.07 set in Season 81 at the same venue. 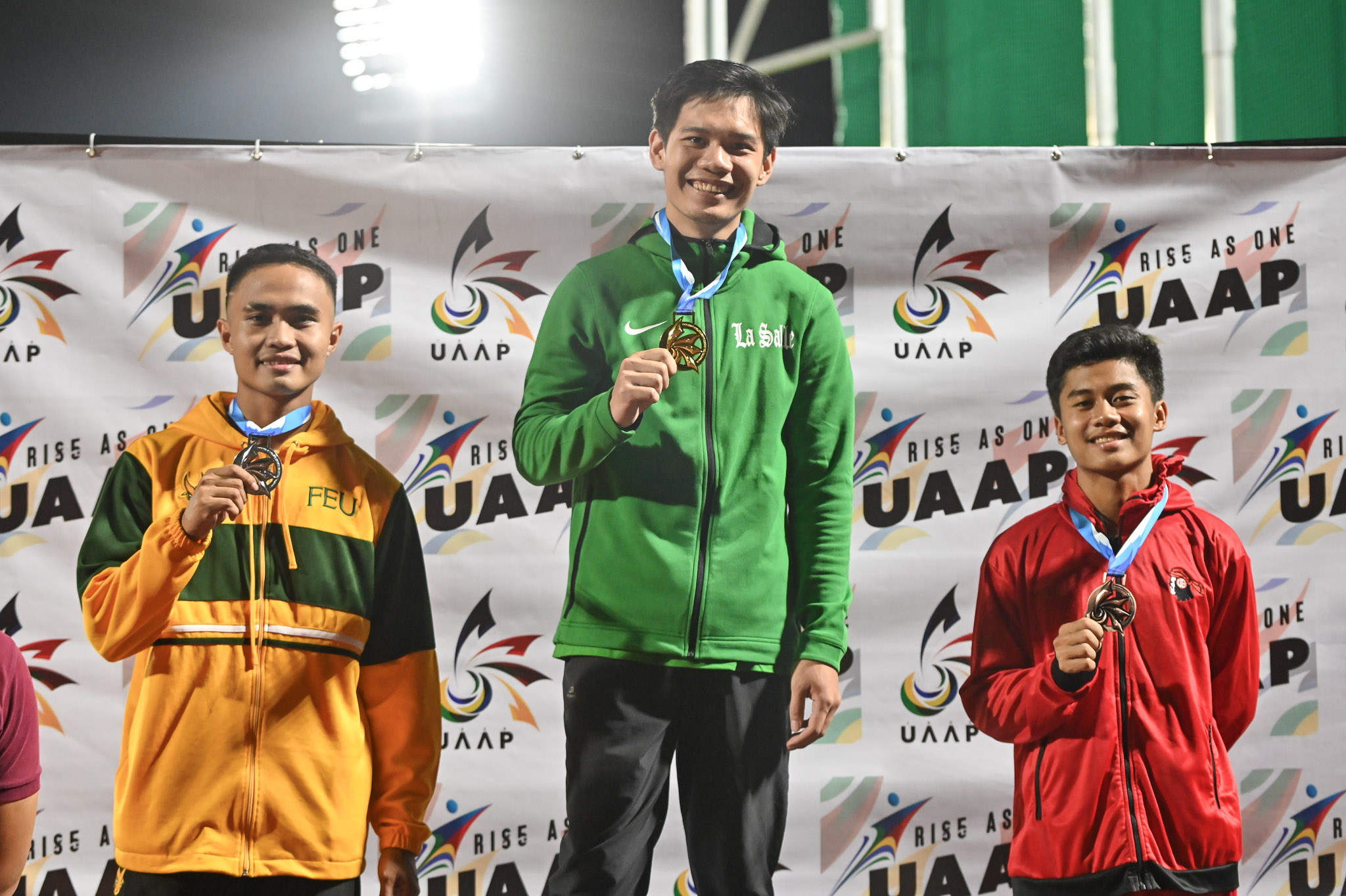 Francis Obiena collected his third straight UAAP title at the pole vault event with 4.10 meters to claim the other gold of the day.

Powerhouse Far Eastern University and Adamson were also neck and neck at third to fourth places with 37 and 31, respectively. 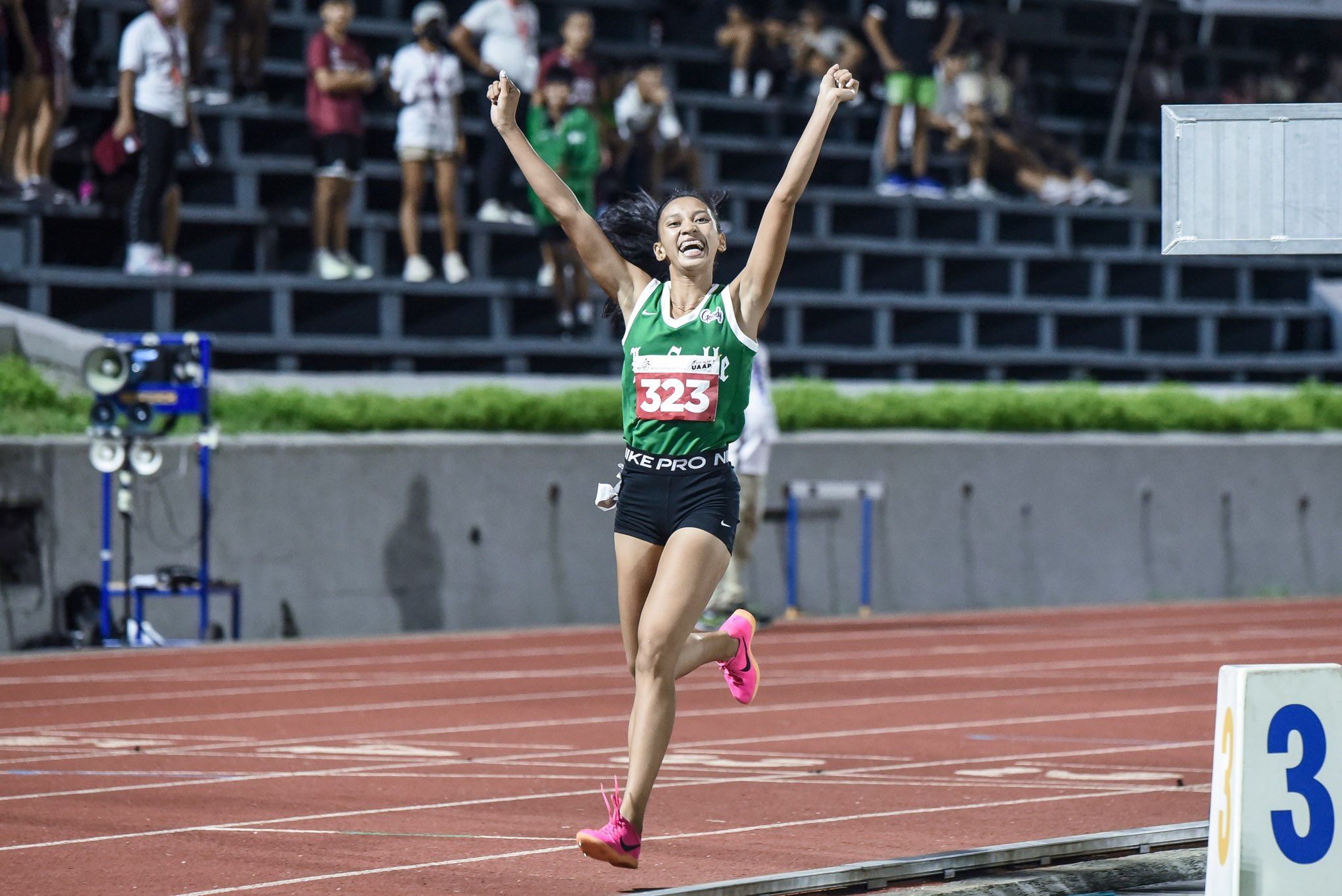 On the other hand, the Lady Green Tracksters pulled off a stunning opener to pace the women’s side with 81 points, led by Bernalyn Bejoy’s win in the 800 meters with 2:14.15. 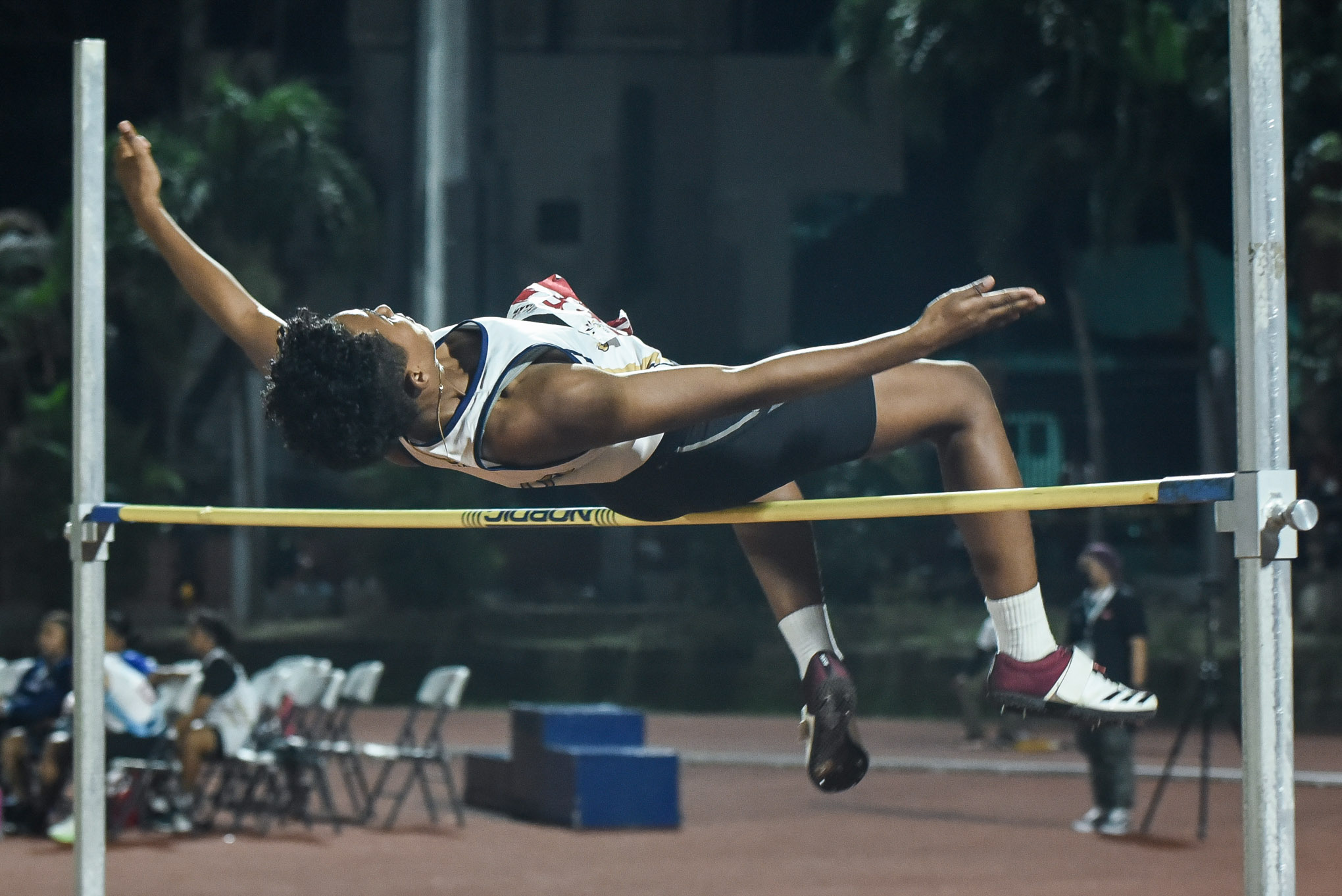 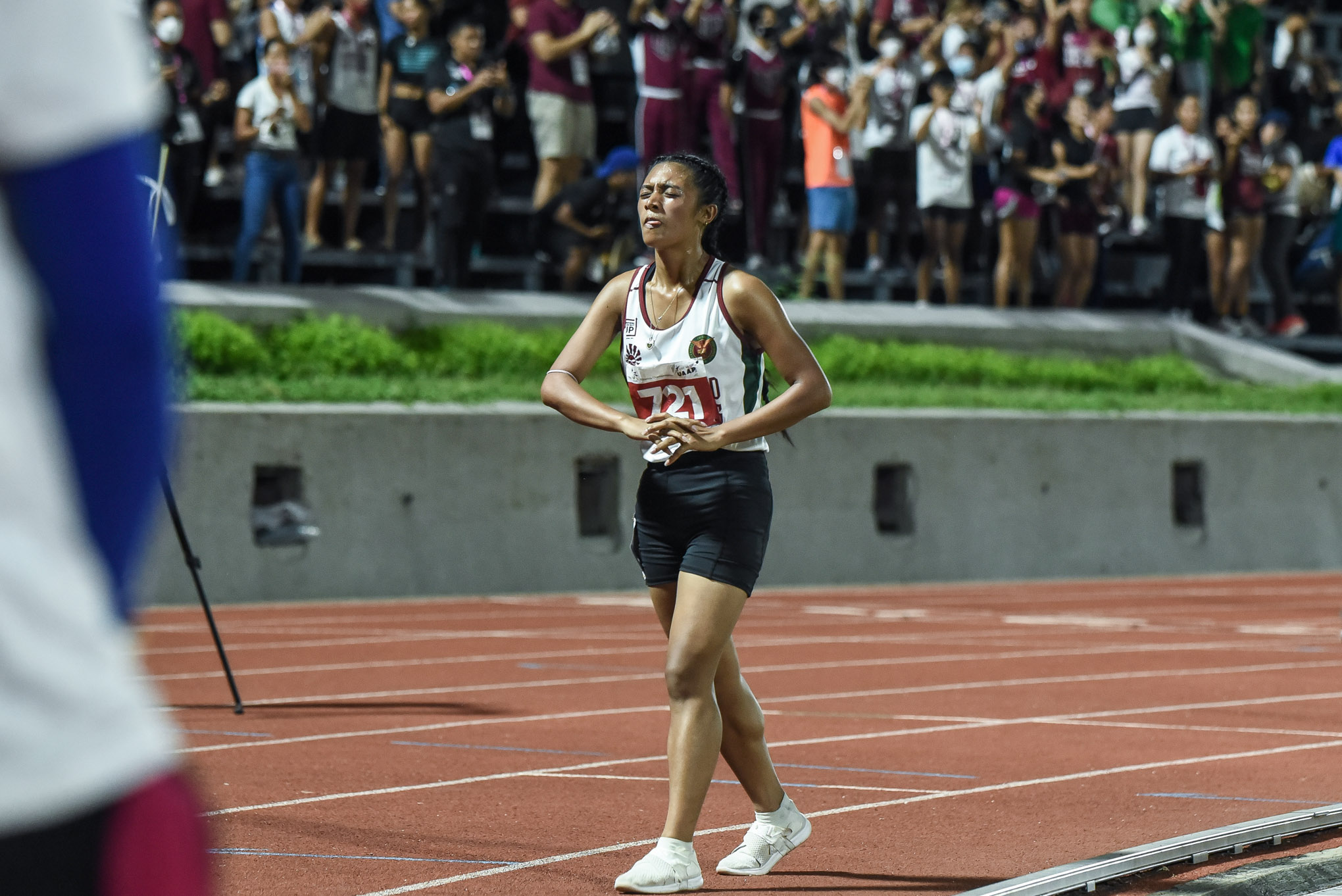 The Fighting Maroons are not far behind the top three, as they stand in fourth with 42 markers.

The championships resume with its second day of action also at the same Pasig venue on Thursday, starting with the continuation of the men’s decathlon.