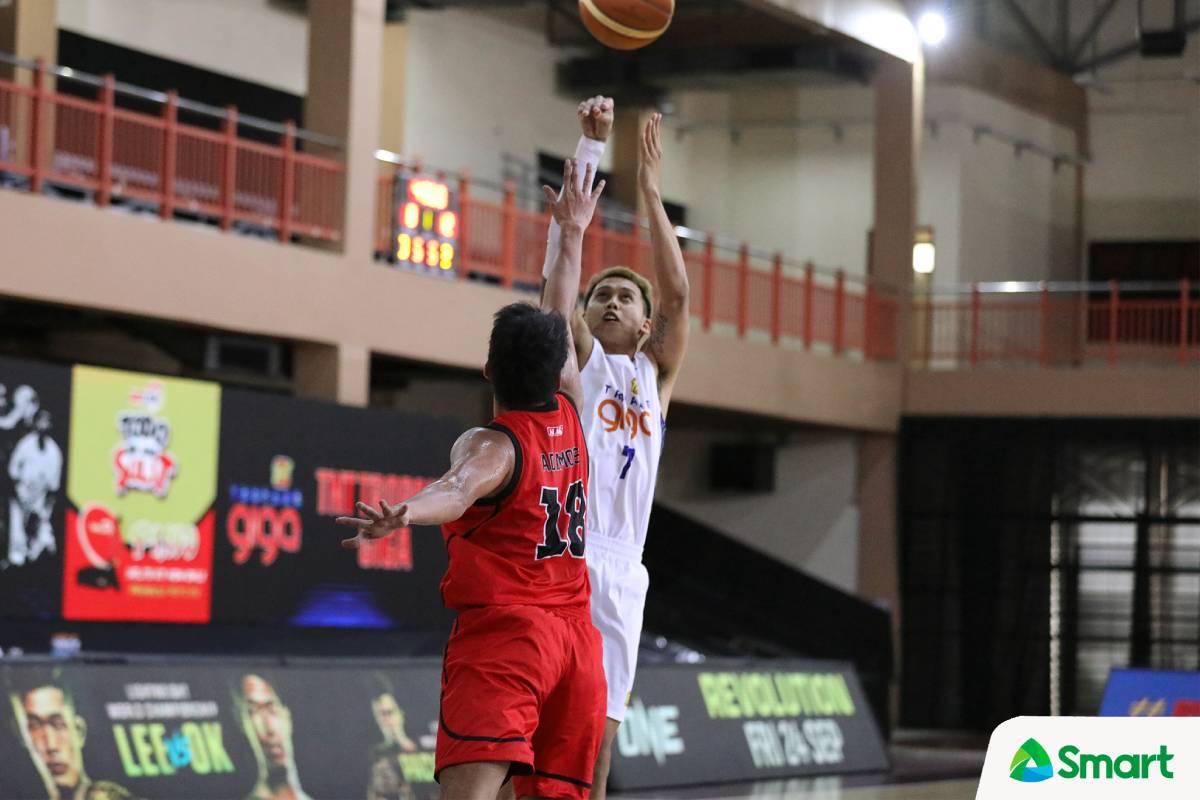 NT did not show any complacency in its last elimination round assignment by beating an exhausted Alaska, 103-85, in the 2021 Honda PBA Philippine Cup, Saturday evening at the Don Honorio Ventura State University Gym in Bacolor.

The top-seeded crew finished the stage with a 10-1 record, similar to what they accomplished in the 2019 Commissioner’s Cup with Terrence Jones that saw them go all the way to the Finals before bowing to San Miguel in six.

“For us, the only thing we talked about this game was how we can grow,” said head coach Chot Reyes postgame. “And that’s all we’re focused on now, just to continue growing, getting better as a team.”

Roger Pogoy led the Tropang Giga with 18 points on 53-percent shooting from the field, together with four rebounds, two assists, and a steal. Poy Erram finished with 17 points and eight rebounds with three blocks.

The 6-foot-7 slotman scored seven of his output in the third canto, where he helped his side re-establish their double-digit lead as the Aces got within just three after trailing by 19 points in the second period.

His teammates then picked it up in the final frame, with veteran guard Ryan Reyes hitting three straight treys for an 83-66 lead with 6:09 left.

Three-point shooting definitely played a huge part in the victory as TNT went 18-for-38 from downtown, with Pogoy, Reyes, rookie Mikey Williams, and third-year guard Jayjay Alejandro all having three treys apiece.

Williams finished with 12 points, seven rebounds, and seven assists, while Alejandro chipped in 11 markers and a steal.

“Obviously, if we’re shooting well, it helps make the game a little bit easier for us. But it was never about that eh. Even if we’re shooting terribly, we just kept our focus on the truly important things for us,” Reyes said.

“And for us it’s getting good shots, good looks, and playing defense,” added the league’s only five-time Coach of the Year.

The Aces (4-4) will now have their focus on Terrafirma tomorrow to cap off their grueling three-game stretch this weekend.

“I want to acknowledge the incredible job that coach Jeff and the Alaska coaching staff did. Just that effort that they had last night was fantastic, and they have another game tomorrow. It was very difficult for them,” Reyes said.