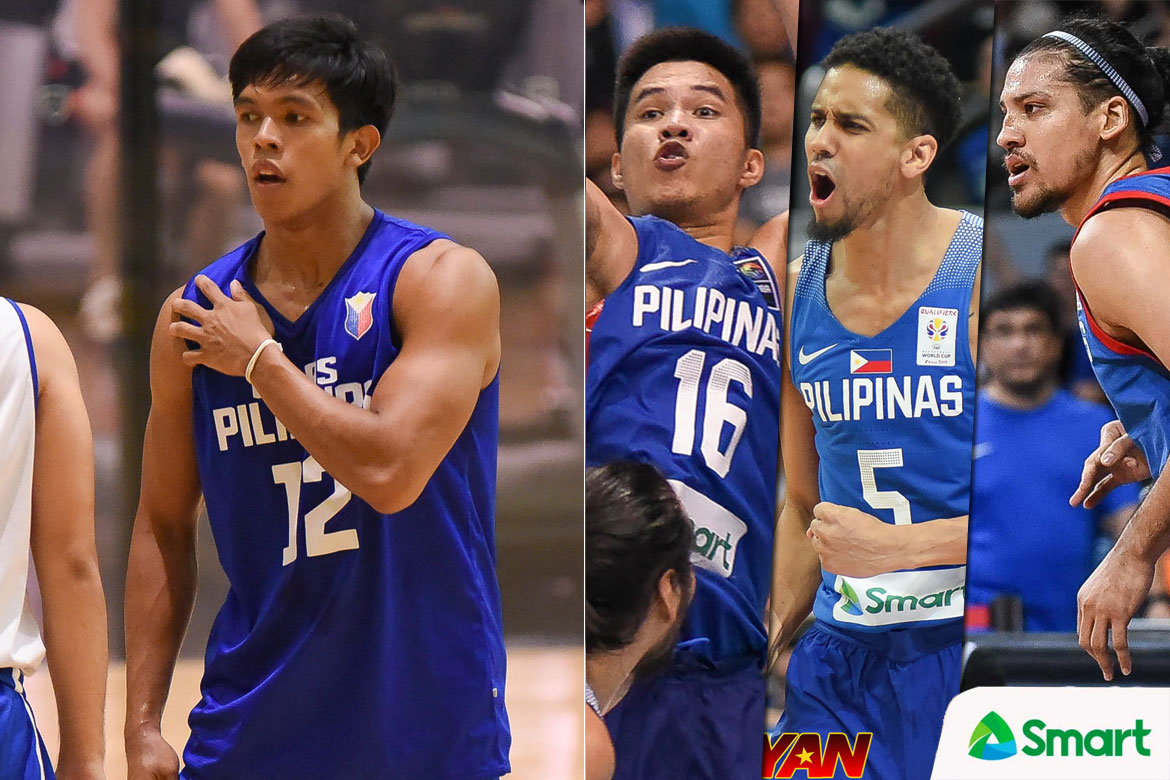 For the sixth window, Thirdy Ravena was enlisted by the Samahang Basketbol ng Pilipinas as the 14th man to complete Gilas Pilipinas’ lineup for the final window of the FIBA World Cup Qualifiers.

Head coach Yeng Guiao has gone on record to say that tapping the 6-foot-3 Ateneo Blue Eagle is part of Gilas’ program of helping cultivate the future.

“I’ve always been looking at the next generation of players,” he said. “I think it’s a valuable experience to all these young guys, to have a taste of how it is to play with the top players of the country.

“It gives them a lot of confidence, they learn a lot from the players.”

But with the way things are going for the national team, the 22-year-old Ravena, who will fly with Gilas to Doha and Astana, will most likely be part of the roster for one of those two games.

During the past month, the two-time UAAP Men’s Basketball Finals Most Valuable Player has shown that he is capable of competing with the big boys.

“It’s awesome to have him here. Just seeing the work that he’s put in in his college career and have it pay off, and this opportunity for him. I’ve basically known him since I came out here, since I first came to the country,” added Gilas skipper Gabe Norwood.

“To see his growth is awesome, so you know, his youth is needed, you know what I mean? It keeps us sharp. But at the same time, I hope we continue to help his growth process.”

For Marcio Lassiter, Ravena has been playing with a chip on his shoulder as he tries to prove that he belongs with Gilas’ elite squad. And so far, he has impressed with his fearlessness and athleticism.

“He’s holding his own. It’s kinda hard to gauge much but from what I see, he’s really shown that he’s fearless, he’s attacking,” Lassiter remarked. “He’s understanding the plays, he knows how to play, so that’s a good thing. Eventually, you know, things will start clicking for him.

“I just want to see him keep being aggressive and playing his game.”

If Ravena is lined up, both Pogoy and Norwood believe that he will be a huge asset when the Philippines takes on Qatar and Kazakhstan on February 21 and 24, respectively.

“There are limited numbers here, and he’s one of the guys. I’m sure the coaching staff put a long thought process onto who they want here, and he’s here for a reason,” Norwood opined.

“So hopefully he keeps pushing himself, and who knows? Stay ready and anything can happen.”

If not, Lassiter believes that Ravena will come out as a much better player after this experience of a lifetime.

“He didn’t back down, so that’s something I like out of him. It seems like he’s up for a challenge, so that’s always good,” Lassiter thought.

“Hopefully for him, he can learn from everybody, you know? All of us have a lot of talent, and if he can pick even one thing from everybody, and he’ll add that to his game, he’ll be that much better, so hopefully he can do some of those things.”