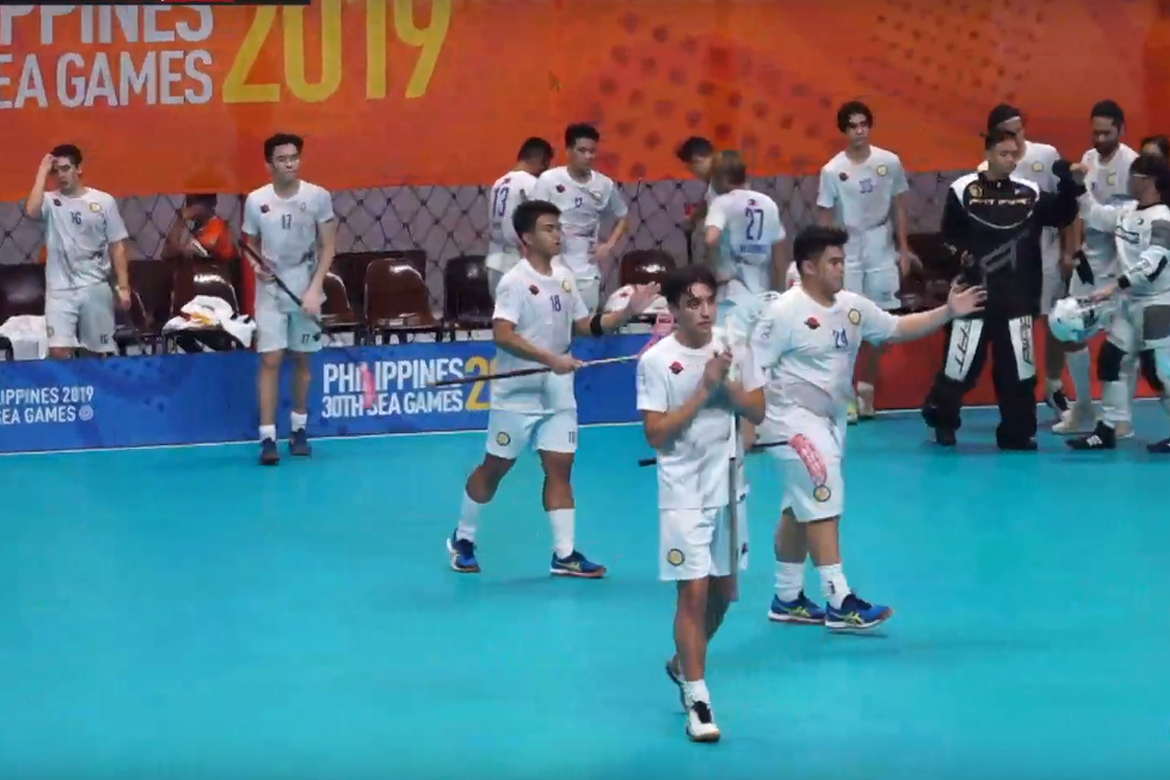 2015 Southeast Asian Games silver medallists Thailand built on their rousing win over Malaysia to upend the Philippine Men’s National Floorball Team, 14-4, Tuesday at the UP College of Human Kinetics Gym in Quezon City.

The visitors started on a blistering note, taking advantage of the lapses in the Filipino defense to take the early 3-0 lead. With Veerasak Pimpa, Jeerayut Yaemyinm, and Surapong Sangmongkhol all finding the back of the net, the Philippines was pushed at the back foot early on.

“It was a tough start. We were like second or third to the ball, and they took advantage of the chances that they got.. They got a lot of easy goals because we weren’t there,” team captain Lucas Perez admitted.

Last match’s hero Ryan Cater saw Christopher Holland free, and the latter fired a shot that went into the goal. The Nationals cut the deficit to two at 1-3 to cap a scorching first seven minutes into the game.

What followed was an onslaught from Thailand, as they capitalized on the openings they created and turned this close match to a 12-1 rout.

Both Yaemyim and Alexander Rinefalk scored twice in this stretch that spanned two periods, coupled by their defensive lockdown on the Philippine offense.

Down big, the crowd egged on the hosts. In the third period, they finally carved two straight goals off Christian Shoultze and the captain Perez. Two goals from Thailand restored the 11-point advantage, before Aries Perol closed the scoring with 4 minutes left, with the Philippines taking the last say.

Rinefalk was adjudged the Best Player for the visitors, taking in six points off three goals and assists each.

Perez knew that it is a virtual must-win for the Filipinos for their gold-medal aspirations.

“First of all, we need to recover. And we need to bring the good things from this game and we will be playing a tough team and technical,” he said of the defending SEA Games champions Singapore.

“But we can still win. But we need to be more precise and not fall into errors.”

Thailand went to 2-0 while dropping the Philippines to an even 1-1 slate to fall to third. Idle Singapore sits in second in the five-nation meet at 1-0.