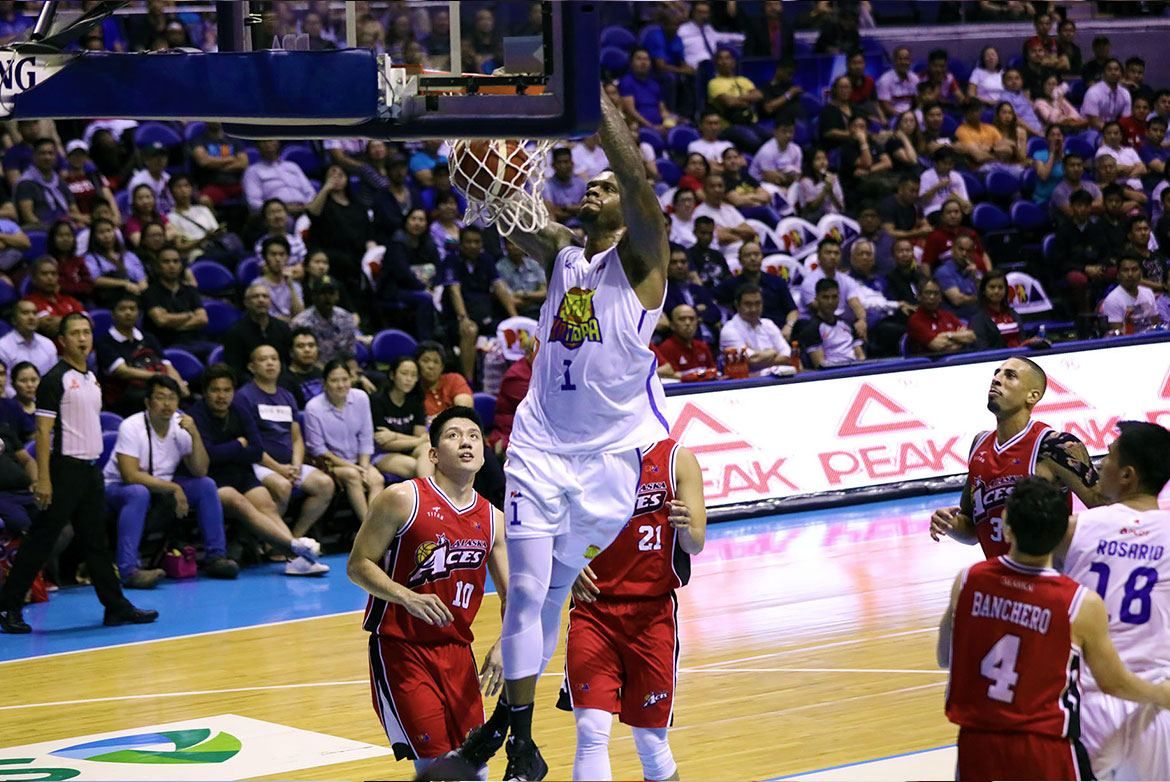 As promised, the TNT KaTropa did not waste their win-once playoff incentive. They exacted revenge on the Alaska Aces, 104-93, to make their way into the 2019 PBA Commissioner’s Cup semifinals, Wednesday evening at the SMART Araneta Coliseum.

After getting blasted by a whopping 36 points in the first game last Sunday, the KaTropa fought back from a 15-point deficit early in the match. They then went on to unfurl a 15-2 blitz for a 102-90 lead with 24.5 seconds left to play to put it away

Terrence Jones had 37 points, 22 rebounds, and nine assists to power the Texters to their first semifinal appearance since the 2017 Governors’ Cup, where they lost to eventual champs Barangay Ginebra San Miguel.

Coincidentally, the KaTropa will face the Gin Kings in the best-of-five semis that starts this Friday, July 26.

“Sabi namin, we have to play harder than the last game; make up your mind on defense; and execute on offense. Buti na lang it came out in the game. Even tho nilamangan kami, ‘di kami bumitaw,” said TNT head coach Bong Ravena.

The locals made their presence felt strongly in the win, with Troy Rosario leading the pack with 20 points and seven rebounds. Jayson Castro had 17 points and six assists, while Don Trollano supplied 14 points and five boards.

Alaska were  led by Simon Enciso, who had 24 points on seven three-pointers on top of two boards and two dimes.