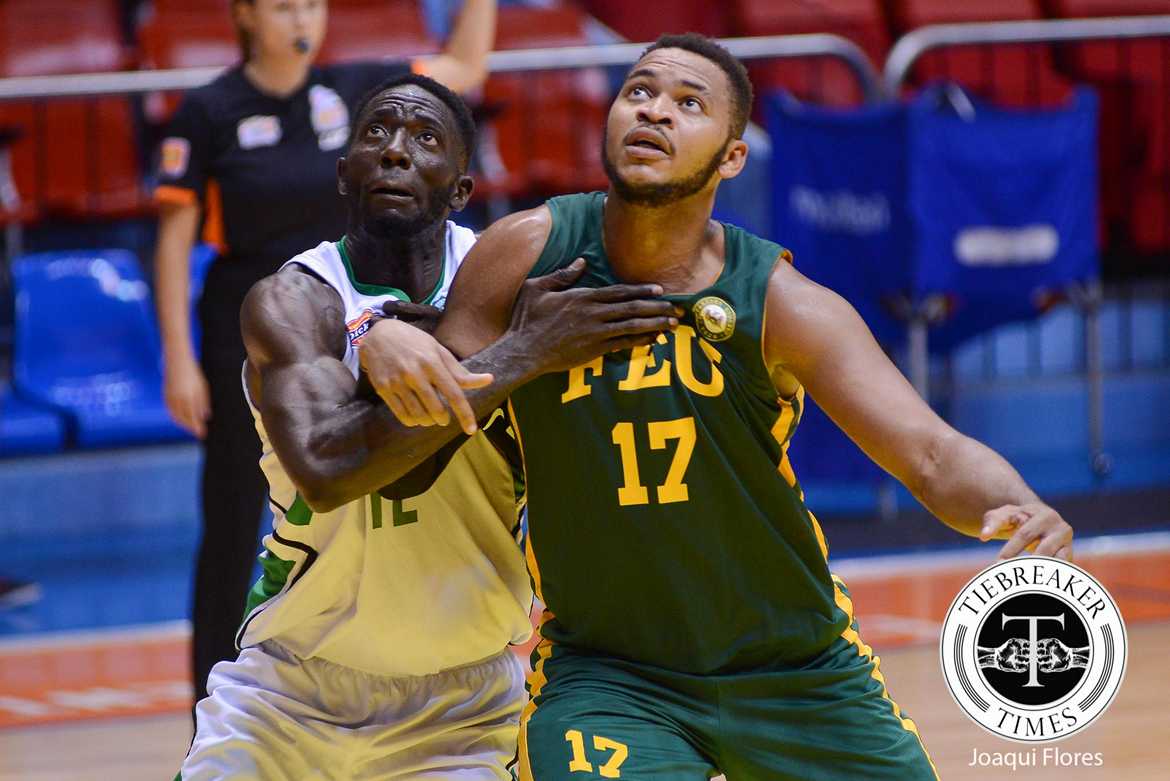 The Far Eastern University Tamaraws leaned on their composure in late-game to subdue the College of Saint Benilde Blazers, 64-55, and notched their third win of the 2016 FilOil Flying V Premier Cup, Sunday afternoon at the FilOil Flying V Centre, San Juan City.

The Blazers started strong in the first quarter off back-to-back triples from Carlo Young. The Taft-based squad held on to their momentum before the Tamaraws slowly crept into the game and eventually snatched the lead, 26-23, at the half.

FEU fended off a furious Blazers run in the third, as several lead changes finally ended in Tamaraws’ favor with consecutive layups from Richard Escoto.

At the fourth quarter, CSB continued their defensive intensity while on the other end, two straight triples coming from Carlo Young and Fons Saavedra regained the lead, 46-43, 6:49 left in the game that forced assistant coach Eric Gonzales to call for time.

During the time out, Gonzales told his wards, “yung desire pa rin yung mag-mamatter. That will change the tempo of the game.”

Heeding their coach’s words, the defending UAAP champions turned the game around. Two crucial plays from Rey Bienes both in the offensive and defensive end placed the Tamaraws in charge for good. With 1:05 left, Wendell Comboy pulled off the dagger trey and sealed the win for FEU.

Big men Prince Orizu and Escoto paced the Tamaraws with 12 points each. Orizu added 10 rebounds, three blocks, and a steal. Escoto also had six caroms and a steal for FEU. On the other hand,

Christian Fajarito led the Blazers with an almost double-double performance with ten points and nine rebounds. Saavedra and Clement Leutcheu both had ten markers as well.

Gonzales praised FEU’s defensive intensity, especially towards the end of the fourth quarter. He said, “it all starts from defense. Since wala na tayong mga key players like Belo and Tolomia, we need to find our identity as a defensive team.”

The Tamaraws (A, 3-3) attempt to advance to the quarterfinals when they face Emilio Aguinaldo College on Friday, June 3 at 1:30 pm. On the other hand, St. Benilde (1-5) takes on University of Perpetual Help System DALTA on the same day at 5:00pm.

Mocon, San Beda send Letran to the brink of elimination