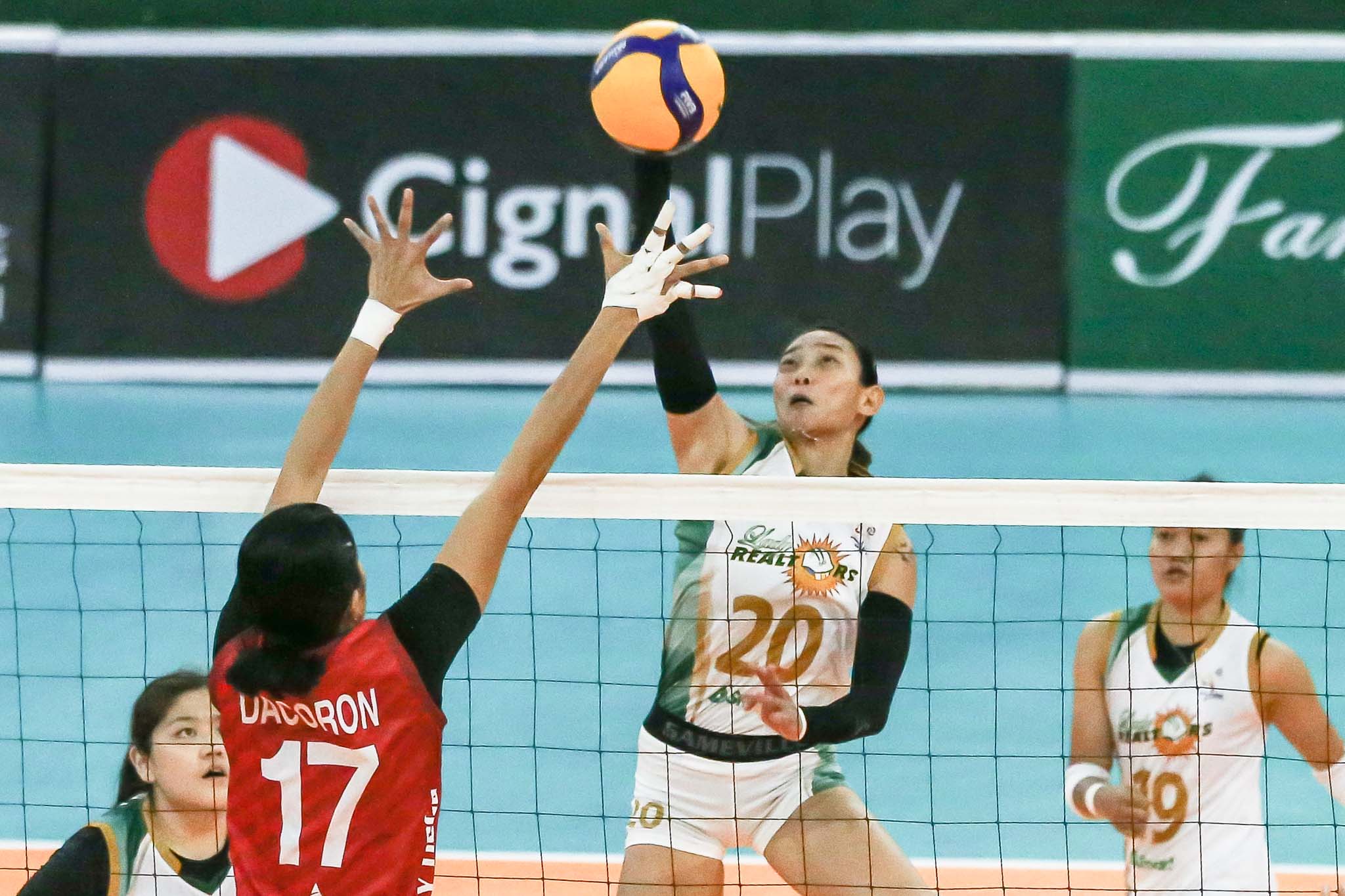 BACARRA, ILOCOS NORTE — MJ Phillips played huge on the defensive end as Sta. Lucia fended off Chery Tiggo in five sets, 25-20, 25-12, 24-26, 21-25, 15-10, for its third win in the Premier Volleyball League Open Conference on Wednesday here at the PCV Socio-Civic and Cultural Center.

The Lady Realtors earlier dropped three of their first four games. They are now on a two-game winning streak for a 3-3 record.

Up by just two points, 12-10, Sta. Lucia got its much-needed separation when Tina Salak botched a service attempt. That error upped their lead to three.

That’s when Phillips came in for the Lady Realtors, securing a huge rejection on Dindin Santiago-Maanabat to put Sta. Lucia at match-point.

Another block on Santiago-Manabat courtesy of Dell Palomata and Phillips ended the match at 15-10.

The 26-year-old from Carson, California delivered 23 big points  0151 her biggest this conference — built on 16 attacks, a whopping total of five blocks, and two aces.

Sta. Lucia surged to a 25-20 set-one win before upping its performance in the set. It started with a huge 17-3 blast before eventually taking a 25-12 win for the 2-0 advantage.

A power interruption entering the third set caused a delay of less than 30 minutes.

Chery Tiggo overcame the Lady Realtors in the third set, coming out victorious after a 24-26 affair to prevent the sweep. They then followed with a 25-21 performance to send the match to a winner-take-all fifth set.

Santiago-Manabat top-scored for the Crossovers with 20 points. Jaja Santiago netted 14 markers on 10 attacks, three blocks, and an ace.

Chery Tiggo fell to a 3-2 standing.

Sta. Lucia’s next match has yet to be announced. Meanwhile, Chery Tiggo looks to bounce back against defending champion Creamline on Friday at 7:00 PM.