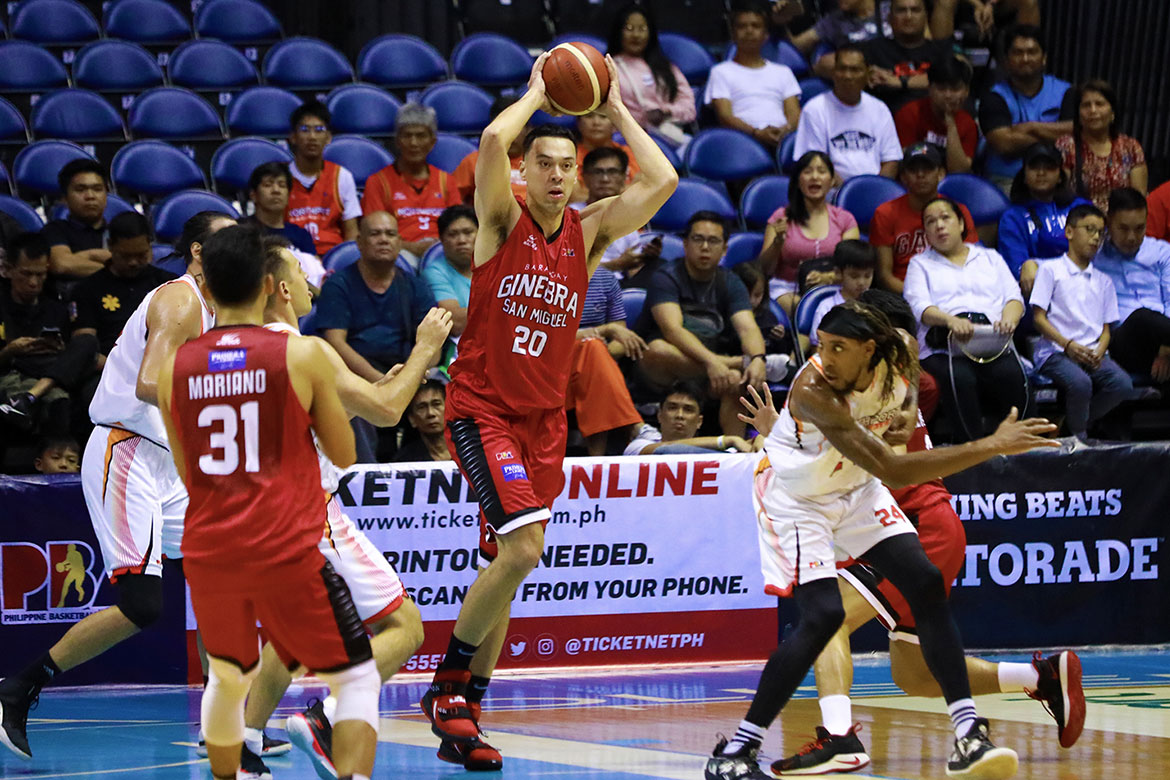 The Gin Kings wasted no time and immediately overwhelmed the Batang Pier to redeem themselves from that humiliating 90-124 defeat they got in Game One two nights ago.

“A lot of playoff intensity this time,” said coach Tim Cone. “We just didn’t have it in the first game, they had it.”

The Barangay finished the first quarter with a 13-2 blitz — capped by Tenorio’s free throws — to turn a slim two-point lead to a wide 31-18 advantage heading into the second period.

That then opened the floodgates that left the Batang Pier gasping the rest of the way. The crowd darlings led by as many as 33, 85-52, following Aljon Mariano’s trey with 5:55 to go in the third.

Six players scored in double figures for the Barangay, with Stanley Pringle leading the way with 23 points on an impressive 75-percent shooting, including 5-of-8 from downtown.

Tenorio had 20 points, Greg Slaughter had his best game this playoffs so far with 16 points and nine rebounds, while Justin Brownlee made 15 points on top of 10 boards and five assists.

Import Michael Qualls led NorthPort with 20 points on 8-of-26 shooting from the field — this, after erupting for 38 big points on 46.7-percent shooting back in the series opener.

Game Three of the best-of-five affair is on Wednesday, December 18, 7 p.m. still at the Big Dome.