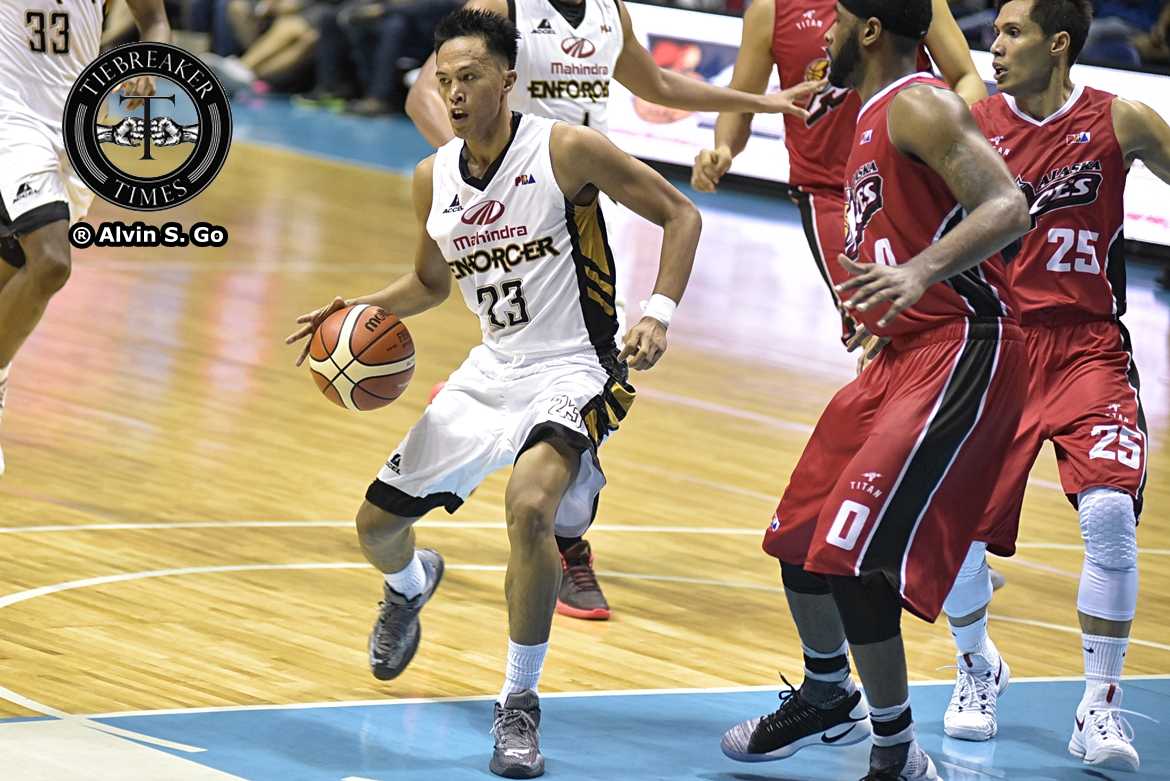 Being down for most of the game, the Mahindra Enforcers maintained their unblemished start in four games after chipping away the lead and eventually stunning the Alaska Aces, 101-95 held in a thrilling Wednesday night cap at the Smart Araneta Coliseum.

James White led the Enforcers with 32 points on an almost perfect 13-for-15 shooting from the floor, 15 rebounds, and a block. A surprise pick-up from the bench, Keith Agovida provided the much-needed boost with 11 points and three assists in 15 minutes of action, mostly coming from the last period.

The Enforcers played without LA Revilla, who injured his nose during practice. The team then paraded icon Senator Manny Pacquiao for the first time this conference. However, Alaska quickly exploited the mismatch with the short-framed Pacquiao, as Calvin Abueva ignited the Aces first half control with early buckets.

Alaska comfortably led by as much as 16 during the match, but the Enforcers slowly fought back. James White spearheaded the defense and relentlessly crashed the boards to lead his team in the comeback. Moreover, Agovida also made his presence felt, coming up with key steals and crucial dimes in the thrilling final quarter.

By the 2:17 mark, White tied the game at 95 that stunned the Aces down the stretch. Armed with all sorts of momentum, Agovida punched in a lead-extending basket to lift his team up for the first time in the entire game. On the other side, Chris Banchero and RJ Jazul both missed attempts to keep the Aces afloat.

As for a thrilled coach Chris Gavina, he admitted he did not expect a perfect start but was pleased with his team’s effort in terms of the consistency they displayed.

“Coming into this conference, we just want to be extremely prepared, be ready for any kind of environment we’re gonna face,” he said. “The guys are consistently getting better.”

LaDontae Henton had 33 points for Alaska, with 14 rebounds and three blocks. Calvin Abueva chipped in 21 markers and three steals. Meanwhile, the Aces played without Vic Manuel, who is reported to have a calf injury.

Mahidra (4-0) looks to make it five straight against the Phoenix Petroleum Fuel Masters (1-3), while the Aces (1-3) are in a two-game funk and seeks to bounce back against the Rain or Shine Elasto Painters (2-1). Both games will be played on Wednesday, August 10 at the Big Dome.