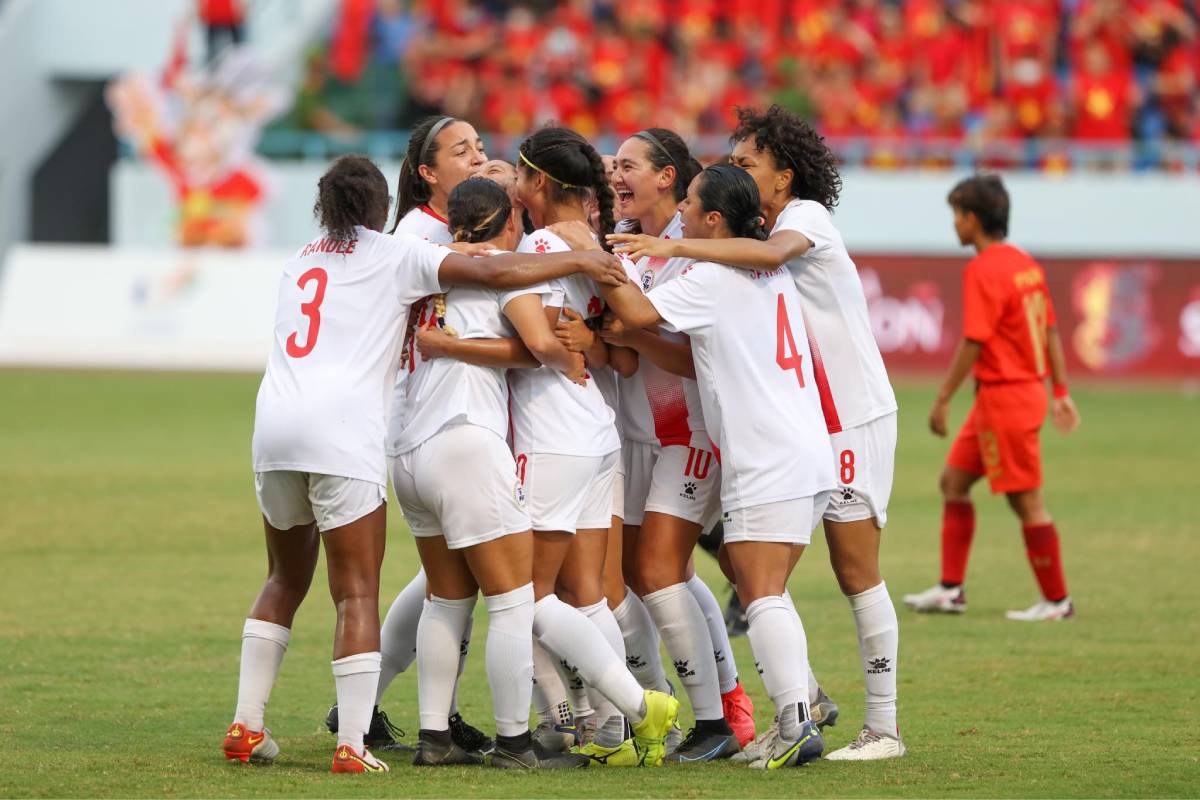 At long last, the Philippine Women’s National Football Team has finally earned a podium finish in the Southeast Asian Games after a 37-year wait.

Behind goals from Sarina Bolden and Quinley Quezada, the Filipinas prevailed 2-1 over Myanmar to earn the bronze medal in the 31st SEA Games, Saturday, in Vietnam.

“We look this as our first medal in the SEA Games as a big achievement for the group. We are a new team playing at this level and competing against Vietnam, Thailand, and Myanmar so we’re going to have ups and downs,” said Philippines coach Alen Stajcic.

Down 1-0 off a penalty from Myanmar’s Win Theigi Tun at the 23rd minute, coach Alen Stajcic’s wards turned things around in the second half.

Bolden scored the equalizer in the 73rd minute and then Quezada found a way to find the back of the net soon after at the 76th minute.

It was a similar sequence of events to the last time both sides faced off in the regional competition.

This time, though, it was the Philippines’ turn to come from behind and seal the momentous win.

“We still have a long way to go and get to their level but tonight we showed we can compete with these 3 teams in Southeast Asia and if we keep on improving, next time I’ll expect a better medal,” added Stajcic.