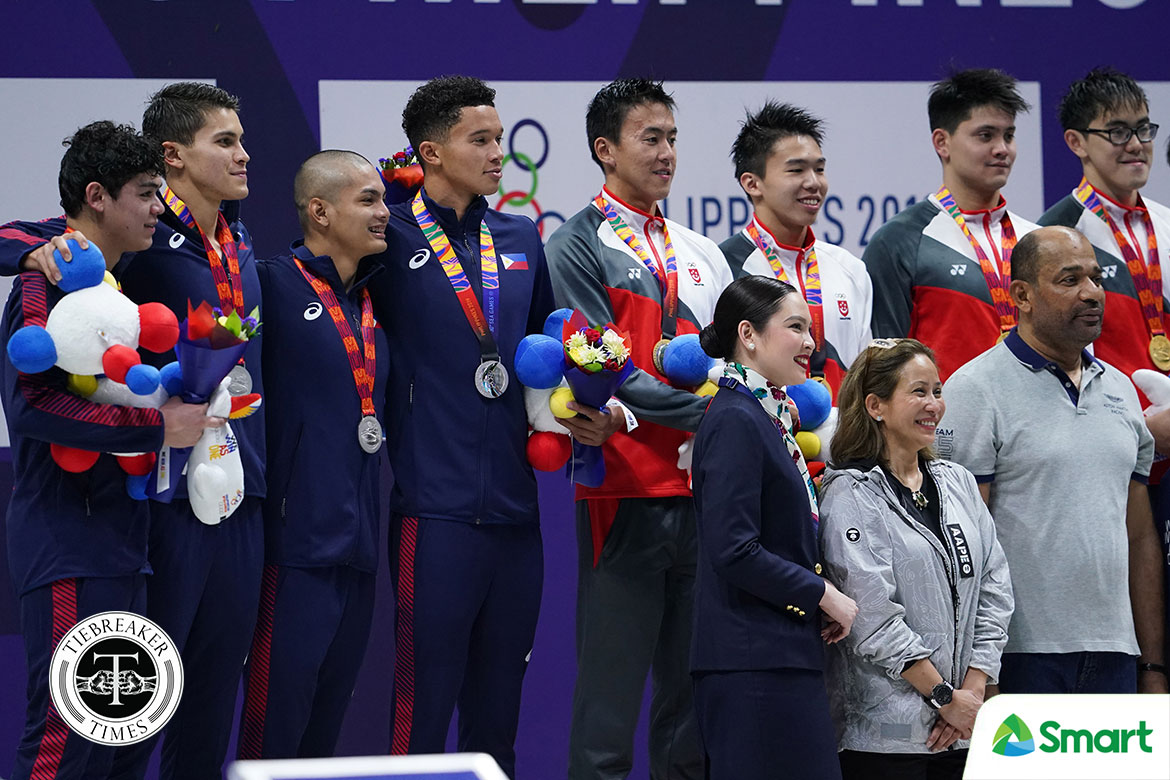 CAPAS, TARLAC — The NCC Aquatics Center was rocking on Friday evening as a living icon was able to attain his target, while a quartet of local heroes made silver shine like gold.

Joseph Schooling, a 2016 Olympic gold medalist, ended his slump by winning the men’s 100m butterfly while hitting the Olympic mark. He finished with a time of 51.84-seconds — 0.12 seconds faster than the mark.

“I don’t think that I would have done as fast if I didn’t have these guys next to me. I’ve had three events and two best times. I’m just glad to have accomplished what I set out to do,” said Schooling.

Zheng When Quah of Singapore finished with a time of 51.87 seconds to cop the silver.

Though Schooling’s crew was able to win the 4x100m freestyle as well, it was the Filipinos who shone bright.

The young quartet of Luke Gebbie, Jean-Pierre Khouzam, Sacho Ilustre, and Jarod Hatch took home silver in the event with a time of 3:22.32.

“I mean for me, it’s all of us. It’s our first SEA Games. I think for me personally, I only had to think about my swim, and that’s what I think made us to get where we are right now,” said UAAP Season 82 Swimming MVP Sacho Ilustre about facing Singapore.